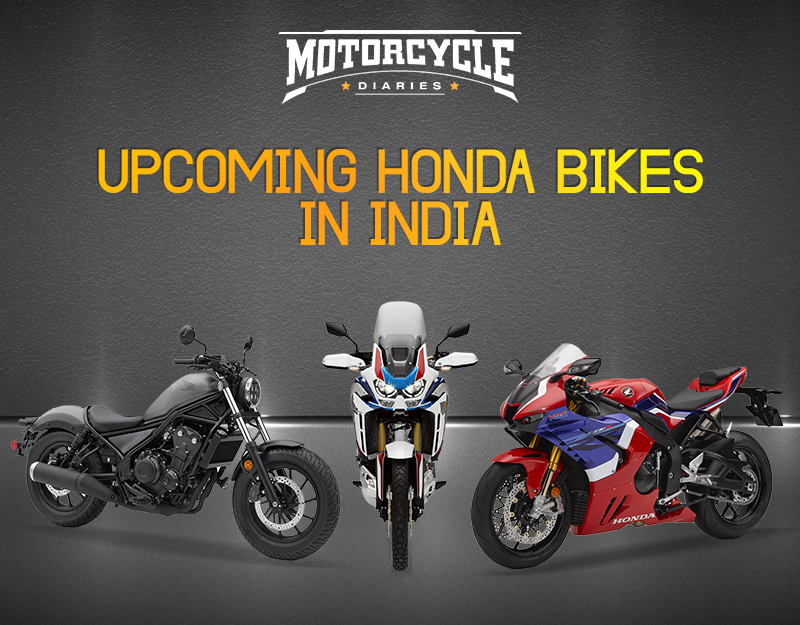 Though Honda is performing well in the commuter segment, they have always been a sloth when it came to performance bikes in India. However, as time changes, the mood of the top honchos also changes while observing the market. Indian two-wheeler market is turning mature day by day as more people are moving towards 150+ cc segment. We have a list of upcoming Honda bikes in India which will be launched in the near future. Here we go…

First and foremost in the list of upcoming Honda bikes in India 2019 is beautiful little 150 cc Honda CB150R. The bike takes inspiration from Honda’s latest Neo Sports Cafe design language which is available in all other CB series of motorcycles from Honda. CB150R essentially looks mini CB300R.

This little Honda is powered by a 150 cc liquid-cooled, single-cylinder, DOHC 4-valve engine. The engine is expected to pump out a respectable power figure of 20 bhp and 14 Nm of twisting force. The powerplant is mated to a sleek shifting 6-speed gearbox. The expected top speed of CB150R is 120 kmph. With a kerb weight of just 123 Kg, we can expect a 0 to 100 kmph timing of 13 seconds which is pretty good for a 150 cc motorcycle.

The bike boasts a fully digital instrument cluster with a great deal of information including average and instantaneous fuel consumption. The fuel tank holds 8.5 Liters of fuel which is quite less but with a mileage of 40 kmpl, the little monster can easily go 340 Km in a tankful.

If Honda decides to launch this motorcycle in India, it should be priced in accordance with the Yamaha MT 15 motorcycle for aggressive competition. The expected price of CB150R is Rs 1.3 to Rs 1.4 Lakh ex-showroom in India. 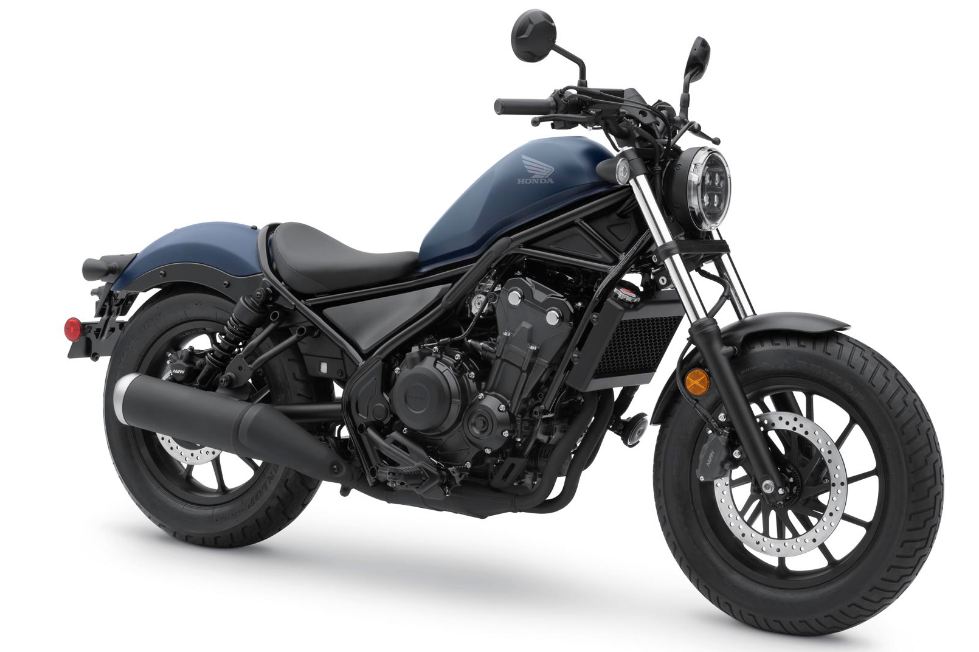 Next in the list of upcoming Honda bikes in India is Honda Rebel 500cruiser motorcycle. This bike is expected to come via CKD route which will make it breach the Rs 4 lakh mark. At this price point, there is nothing better than the Royal Enfield 650 twins, especially Interceptor 650 if touring is concerned.

Rebel 500 possesses a unique style with round headlight packed with LED lights. The high raised handlebar cruiser motorcycle does pack a visual punch and with the new updates, it is even drool-worthy.

Powering the Honda Rebel 500 is a liquid-cooled, parallel-twin 471cc engine which is also BS6 compliant. This engine develops 45bhp and 43Nm torque which is enough for a middleweight cruiser. The engine is mated to a 6-speed transmission via an assist and slipper clutch.

Suspension on Rebel 500 is a 41mm telescopic fork at the front and twin shock absorbers at the rear. Braking department gets a puny 296mm single disc with a 2-piston calliper and 240mm disc with single-piston calliper at the rear. A dual-channel ABS will come as standard in India. The company should have upgraded the brakes with either a bigger disc or a 4-piston calliper or both for improved braking performance.

Honda Rebel 500 will launch in India in the next year and will be sold through Honda Bigwing Showrooms.

Moving on to a litre-class motorcycle in the list of upcoming Honda bikes in India and it is non-other than newly unveiled CBR1000RR-R. Honda unveiled the latest iteration of the daddy CBR at EICMA 2019 and the bike will make its way in the Indian market as the company is expanding its bigwing product lineup. 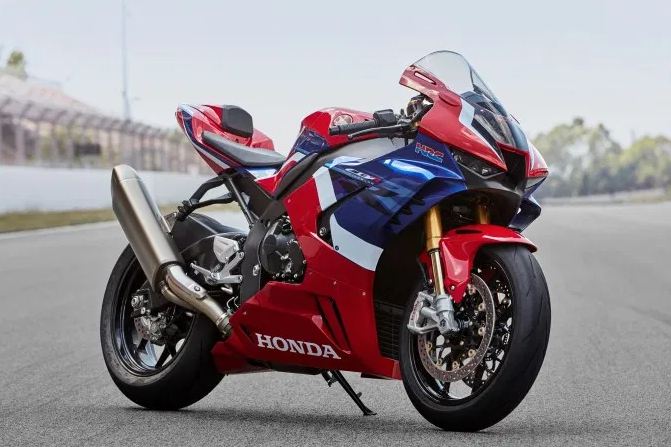 It is powered by an all-new liquid-cooled, inline 4-cylinder short-stroke engine which now blasts out massive 214.5bhp at 14,500rpm and 113Nm of twisting force at 12,500rpm. The engine is mated to a 6-speed gearbox with a two-way quickshifter. The Akrapovic exhaust system is a 4-2-1 unit with oval elbows.

A long list of electronics awaits the rider which includes Throttle-by-Wire (Ride by Wire in Honda’s speak), three riding modes which different power levels, motor brake, Wheelie control as well as Honda Selectable Torque Control (HSTC). Most of the systems are assessed by a 6-axis IMU unit. Steering is stabilised by a 3-level Honda Electronic Streeting Damper (HESD).

One of the major changes is that the CBR 650R is that it is equipped with Showa Upside Down (USD) front forks in comparison to the 650F’s conventional telescopic forks. The marginal increase in the overall length is seen due to longer swingarm whereas other values remain more or less similar to the CBR650F.

In a bid to expand its new range of Bigwing showrooms, Honda will also launch the 2020 edition of the Honda Africa Twin adventure motorcycle. Unveiled at the EICMA 2019, the new Africa twin gets a bigger 1084cc engine which develops greater power and torque number at 100bhp and 105Nm. What is interesting is that upgraded Africa Twin gets heavier engine components and still, the adv loses about 5 kilos from its kerb weight. 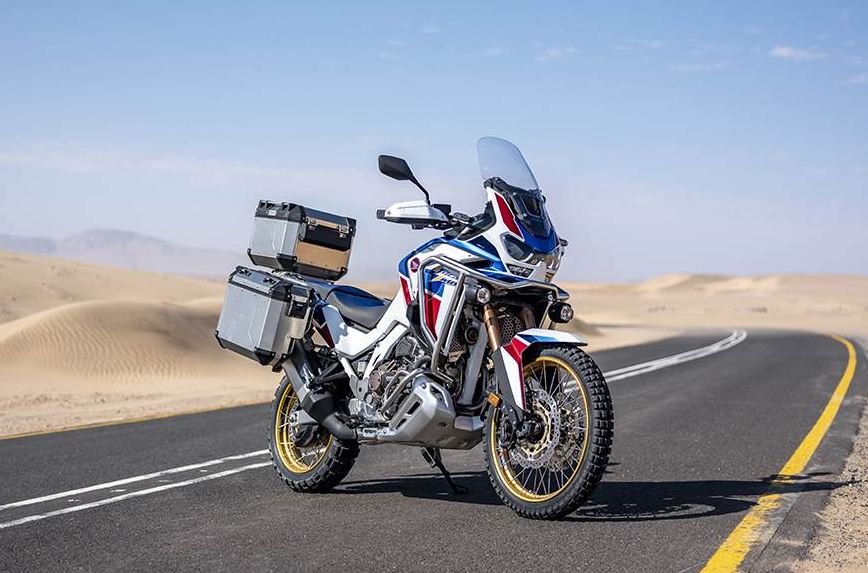 For the rider, the upgraded adv gets revised riding position which reminiscent that of hardcore rally motorcycle. Coming to the gearbox, the Africa Twin will continue to employ same 6-speed manual as well as a 6-speed Dual Clutch Automatic transmission unit. The automatic gets a crawl function for tricky situations.

The 2020 upgrade doesn’t end here, electronics package now comes with a 6-axis IMU unit to assess the other rider aids present on the bike. There is a 7-level traction control system, cornering ABS, wheelie and stoppie control as well as three off-road riding modes to choose from.

The Adventure Sports version, on the other hand, is focused more for the highway touring rather than outright off-roading. This variant retains most of the electronics aids save for those made for off-road. Honda Africa Twin will also retail through Honda’s upmarket bigwing showrooms.

This entry-level sports tourer in the list of upcoming Honda bikes in India 2019 is utterly required by Honda to launch in India because there is a lot of motorcycle in this segment and more are to come soon. CBR300R is powered by same 286 cc liquid-cooled, single-cylinder engine which powers CB300R. The powerplant pumps out healthy 31 bhp power and 27.5 Nm torque. Due to the heavyweight of 165 Kg, CBR300R is expected to do 0 to 100 kmph in 7.5 seconds with a top speed in the excess of 160 kmph. Higher top speed is due to better aerodynamic provided by the fairing.

Honda CBR300R will be priced at a premium as compared to CB300R. We expect a price tag of Rs 2.5 lakh ex-showroom. If Honda launched CBR300R at this price point, they will have a hard time selling the bike as the nearest competition is KTM RC 390, which retails at Rs 2.4 Lakh ex-showroom, offers blasting performance, projector headlights, fully digital instrument cluster and more.

The last but not the least in the list of upcoming Honda bikes in India 2019 is PCX125. As there has to be a scooter is Honda’s list, this premium looking maxi scooter from Honda’s stable is available in the European market.

Also Read: Honda ties up with Maxxis tyres in India

Speaking about the engine, a liquid-cooled, 2-valve 125cc motor powers the PCX125. The engine pumps out 12 bhp @8,500 rpm and 11.8 Nm @5,000rpm. The changes done to the engine includes bigger throttle body, larger airbox, and a larger, three-way catalyzer. The Indian version will skip the liquid-cooling obviously to price the scooter competitively.

The Honda PCX 125 scooter will carry a price tag in the vicinity of Rs 80,000 ex-showroom, Delhi and will compete with Suzuki Burgman Street 125 which is priced at Rs 70,000 ex-showroom.

As the whole two-wheeler industry is moving towards the BS6 emission norms, Honda will soon convert its entire lineup to BS6 compliance. The Japanese company has already launched two BS6 products in India including Honda Activa 125 BS6 and Honda SP 125 BS6. 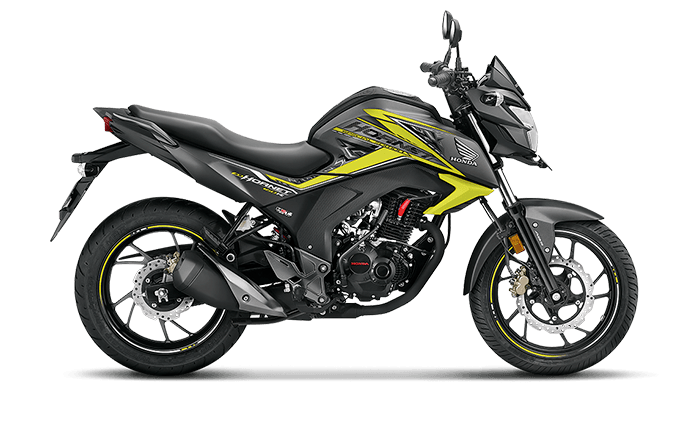 Next, we could see Activa 110 and Unicorn 150 to get cleaner emission technology. After that Honda Hornet 160R and XBlade 160 will come with BS6 engines and lastly the Dream series bikes. All these machines will come equipped with a fuel injection system which will certainly hike their price steeply. To take a note of the Activa 125 and SP125, the price increase will be in the region of Rs 8000 to Ra 10,000 depending upon the model.

Concluding the list of upcoming Honda bikes in India, we will keep updating the list with more bikes and scooters as soon as the company announced or we feel so. Do tell us which bike are you waiting for the most.