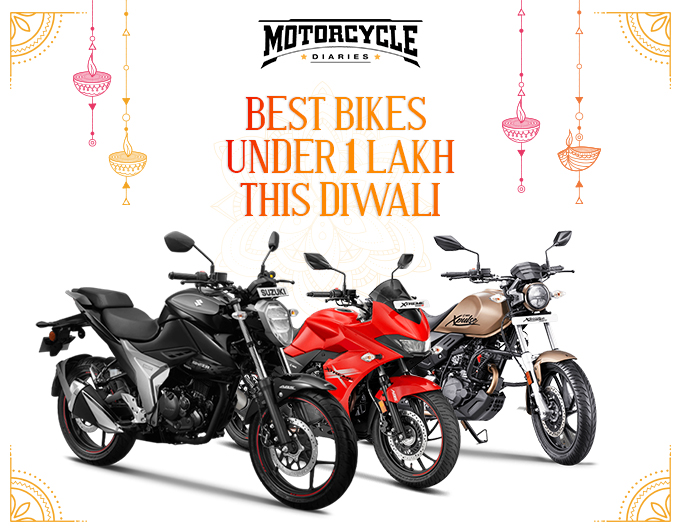 In this festive season, we bring you the best bikes under 1 Lakh in India

Here, we have prepared a list of most exciting bikes under 1 lakh (all prices mentioned here are ex-showroom prices). Ever since the entry-level sports commuter bikes demand rose, there is plenty of options available to us to choose from. Under 1 lakh, most of the bikes are 160cc with decent performance figures. These bikes also return acceptable fuel-efficiency. For namesake, we can call them Entry-level Performance Bikes or Sports Commuter segment.

Here, there! I must tell you that this is not a count down or something, this is an article just to clarify which bikes are the best buy under an ex-showroom price of Rs 1 Lakh. All the bikes on the list have ABS or will get one in the near future. 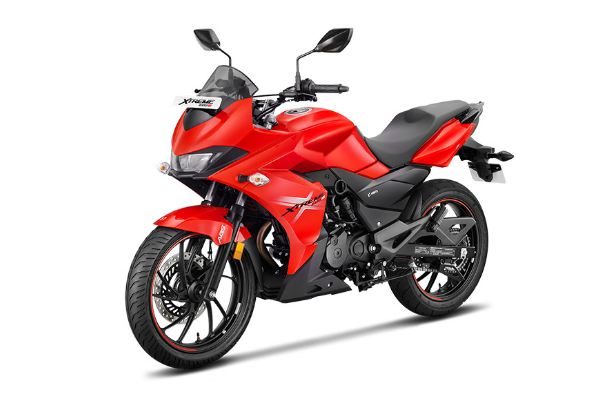 The first and foremost motorcycle in this list is obviously Hero Xtreme 200R. This is because Hero Xtreme 200S is the only in the list to possess a 200cc engine and a full fairing. While the majority of bikes on this list are only up to 160cc. With an ex-showroom price of Rs 99,400, Delhi, this is the most affordable bike to have both, 200cc engine and ABS. Though, ABS is a single-channel unit. Xtreme 200S will become a bike to provide you the most value to your hard-earned money.

Hero Xtreme 200S features an air-cooled, 199 cc, single-cylinder engine. The motor pumps out 18.1 bhp at 8000 rpm and 17.1 Nm torque at 6500rpm. Mated to a 5-speed gearbox which is good for city commuting. The gearbox is short and won’t be a good option to go on long highway rides. Performance-wise, the bike does a 0 to 100 kmph sprint in under 12 seconds. The top speed of Xtreme 200S is in the vicinity of 120 kmph. Despite it, the bike has great touring capabilities for it has full fairing and taller windshield.

TVS received many appreciations after they launched the 160cc variant of Draken infused Apache 200 4V. Why? Because it’s awesome. It launches like a rocket and hits the ton in 16 seconds. Returns respectable fuel efficiency of around 45 kmpl under combined riding conditions. This is the Fastest 160cc motorcycle one can buy under 1 lakh. Recently, the bike got updated with single-channel ABS and now it starts from Rs 92,600 ex-showroom, Delhi.

Honda Hornet 160R is most sporty motorcycle from Honda which sits far below CBR250R in their lineup. The BS4 version of Hornet produces 14.9 bhp while the BS3 version pumped out 15.5 bhp. This was obviously due to stringent emission norms and AHO tech. Moreover, the bike gets fully digital instrument console and fulls LED headlamp setup. The 160cc bike is available in various color options and now features a single-channel ABS.

Also Read: Check out the Best Scooters in India in 2019

Powering Hornet 160R is an air-cooled, 163cc, single cylinder engine. This BS4 motor produces healthy 14.9 bhp at 8500rpm and grunt worthy 14.5 Nm of twisting force which arrives at 6500rpm. Power transmission is done by a 5-speed gearbox with one down and four up shifting pattern. Fuel economy of Hornet is rated at 40 kmpl under mixed (City & Highway) riding conditions. On the performance front, Hornet does 0 to 100 kmph in 17 seconds and has a top speed of 115 kmph. Honda Hornet 160R ABS carries a price tag of Rs 91,700 ex-showroom, Delhi.

Suzuki Gixxer is the next bike on our list. Wait, both Gixxer, as well as Gixxer SF, are our choice at this price range. Naked bike Gixxer is priced at Rs 88,800 and fully faired Gixxer SF is Rs 8700 more at Rs 97,500, both the price is ex-showroom Delhi. These Suzuki twins offer peppy performance and well-balanced dynamics. Yet, both these bikes are due for a major update because its a universal truth that these bikes are half-a-decade old now.

Powering Suzuki twins is an air-cooled, 155cc, single-cylinder motor. This 2-valve engi0ne churns out 14.6 bhp at 8500rpm and 14 Nm torque which peaks out at 6500rpm. The engine is mated to a 5-speed gearbox. Gixxer SF has a higher top speed of 131 kmph (speedo indicated) due to aerodynamic fairing design. Gixxer, on the other hand, accelerates quicker and settles for a speedo indicated 120 kmph top speed. Speaking about the mileage, Gixxer returns a healthy 42-45 kmpl under mixed riding conditions.

The 2019 version of Suzuki Gixxer is the best you can get from the house of Suzuki. It is powered by the same 155c engine but is now fuel injected and has a completely new full-LED headlight setup. The ABS is a single-channel unit and the bike is equipped with a rear radial tyre. The instrument cluster in the new edition is redesigned and will appeal to the young riders.

Newly launched Yamaha FZ FI and FZS FI Version 3.0 also made into the list. The main reason to include these yammy here is, they are available with a standard fuel injection system and single-channel ABS. Speaking about the price, Yamaha FZ carries a price tag of Rs 95,000 whereas FZS will set you back by Rs 97,000. Both the prices are ex-showroom, Delhi.

Powering them is a 149cc, fuel-injected, single-cylinder engine. The motor puts out 13 bhp at 8000rpm and 12.8 Nm at 6000rpm. Mated to a 5-speed gearbox, performance is quite low for this Yamaha. FZ and FZS here lose out in power and performance figures but in terms of fuel economy, Yamaha comes at number one position. Both FZ and FZS can return 50 kmpl when ridden with a light wrist in the city and can run more miles per liter on the highways.

In this list of best bikes under 1 lakh, Hero has another product, the XPulse. Hero XPulse 200 is the only off-road adventure tourer motorcycle you can buy under Rs 1 lakh. XPulse 200 is also powered by the same 200cc engine which also does the job in the Xtreme 200R, 200S, and XPulse 200T. The bike features high ground clearance, long-travel suspension as well as spoked wheels. A 21-inch front wheel ensures total control in area where there is no road. 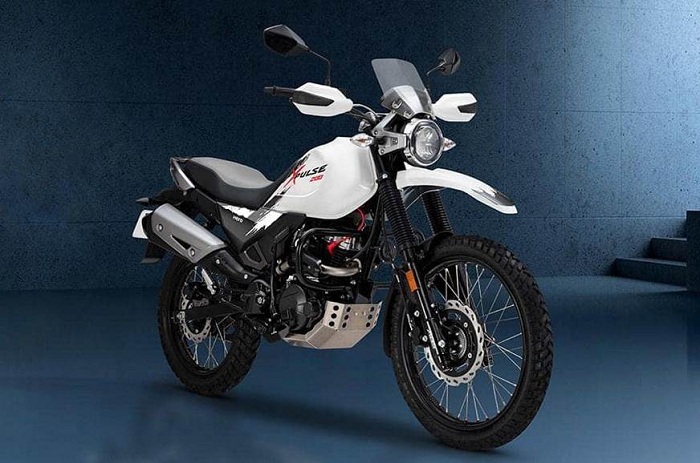 As usual, this engine makes 17.1bhp and 18Nm torque which is not too bad for the offroading but the bike feels a bit out of breath on the open highways. The maximum stress-free cruising speed on XPulse 200 and 200T is 80 kmph. Top speed is near 115 kmph mark which is definitely slow for a 200cc bike.

Finally we have a Bajaj on the list. Bajaj Pulsar 160 NS it is. We were quite thoughtful on which Bajaj bike to include in this list as we have Pulsar 150 ABS, Pulsar 180 ABS as well as Pulsar 180F ABS other than the tech-packed Pulsar 160 NS. Leaving Pulsar 160 NS, all other bikes are decades old in terms of design and technology. Reasons are – It is cheaper than Pulsar 180 twins and produces more torque and weighs less at the same time. Not to forget the superior pressed steel perimeter frame which makes this bike best in terms of dynamics.

So, guys, these are the best bikes under 1 lakh price this festive season. Do share your views in the comment section and tell us what do you think about this list. Ultimately it’s your own personal choice regarding which bike you choose. If you ask me, I will definitely choose the Hero Xtreme 200S for city commuting and touring purposes. However, if you are more into off-roading the best thing you can get is the Hero XPulse 200. Do tell us which you’d pick among these.