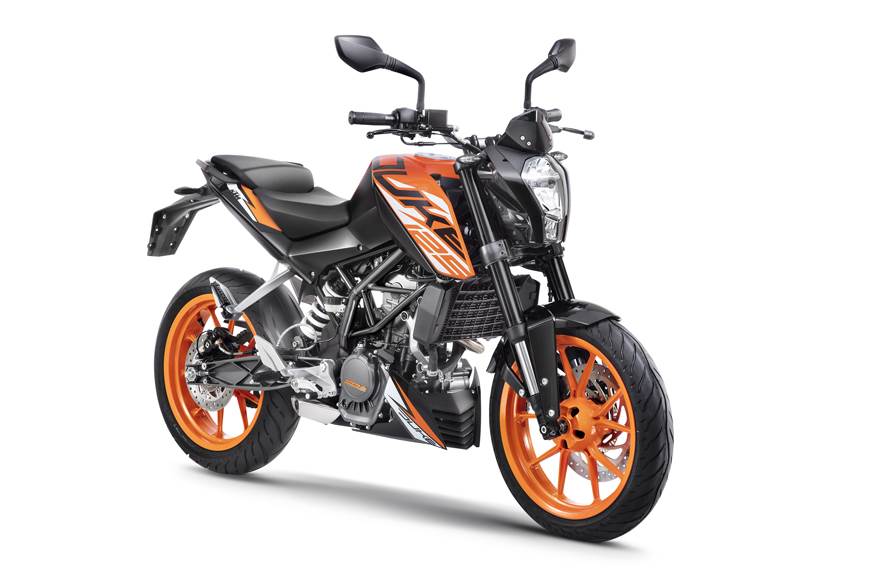 At 1.18 lakh ex-showroom, Why and How KTM Duke 125 price is justified? Everyone knows that KTM is busy collecting cash due to increased sales of their smallest Duke, the 125 Duke. Last month, in February, KTM sold a staggering 3000 units of 125 Duke. Every portal has posted the sales figures and numbers. But, Wait, Where on Earth this bike is getting customers from and Why? Let’s talk about it.

First, it’s a KTM – Half the Battle is Won

People love KTM, yup, no arguments here. Remember when Duke 200 was launched, sales were pretty good for the price it was offered at (Rs 1.18 lakh back in 2012). Cut back in 2019, we have a couple of more options in the price range like Apache 200 4V, Pulsar 200NS. Both bikes with ABS carries a price tag of Rs 1.11 lakh and 1.12 lakh respectively. But you don’t get the premium quotient and that luxurious appeal from these bikes as much as you get from KTM. So KTM Badge is the first reason, the baby duke is selling like hotcakes.

Other things are 43 mm WP USD forks, a WP monoshock at the rear. 300 mm disc brake with radially mounted calipers (this one is better than floating caliper) and 230 mm disc with floating caliper. Wheels are 17-inch in diameter and tyres you already know. An 818 mm seat height is slightly on a higher side, short people might find it a bit difficult.

Powering baby Duke is a single cylinder 125cc liquid cooled engine. With the help of high compression ratio and 4-valve head, it pumps out 14.3 bhp at 9250 rpm and 12 Nm torque at 8000 rpm. A 6-speed gearbox with slipper clutch does all the power transmission. Bike weight 148 kg but high revving engine pulls all this weight to 100 kmph from standstill in under 17 seconds. This same feat is done by most 160cc bikes in the market. Top speed is 115 kmph.

Think about those 12th pass teenagers who are learning bike riding on a 100cc commuter and asks their dad to buy them a sports bike. What would be the reply? No bike above 150cc. KTM be like introducing the KTM 125 Duke, Heart of a 125cc, the performance of a 160cc at the price of a 200cc bike. Tada, Dad convinced, the kid gets the bike; Happy Showing off and riding too.

KTM bikes have a distinct sound. The sound of a 2-stroke motorcycle. This is also an important point for choosing Duke over over Pulsar and Apache. But the sound of KTM is different. Same underbelly exhaust is carried from the Duke 200. In the Duke 125 the sound is a bit less growly but it has the character of Duke in it, no doubt.

So, guys, these were the main reasons why Duke 125 is selling like hotcakes in India. Despite being underpowered when compared to other 200cc counterparts, Duke 125 has found its own sweet spot in the Indian market. It is surprising that Duke 125 is selling more than anyone had anticipated. We might see an increase in sales further down the timeline and it won’t be surprising. Do share your views on the bike in the comments section below.