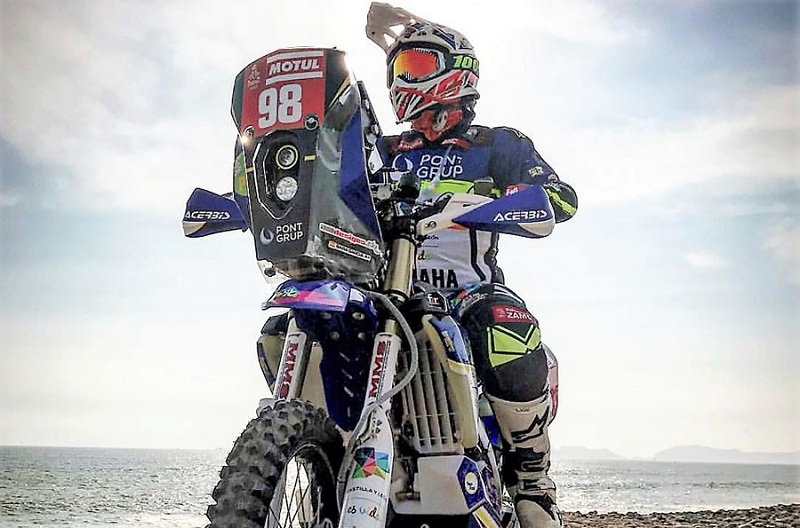 Meet the women on two wheels in Dakar Rally

The Dakar Rally is one of the most demanding races in the world. It’s a long-distance off-road rally raid race that will last for eleven grueling days. Racers will be covering staggering 5500 Km on toughest terrain in the world. It’s one of those once-in-a-lifetime events that tests not only a person’s skills as a driver, but mental and emotional endurance as well.

543 racers registered in Dakar Rally out of which only 10 racers are women in various discipline. However, out of these ten only four ride on two-wheels. Let’s have a look at them. 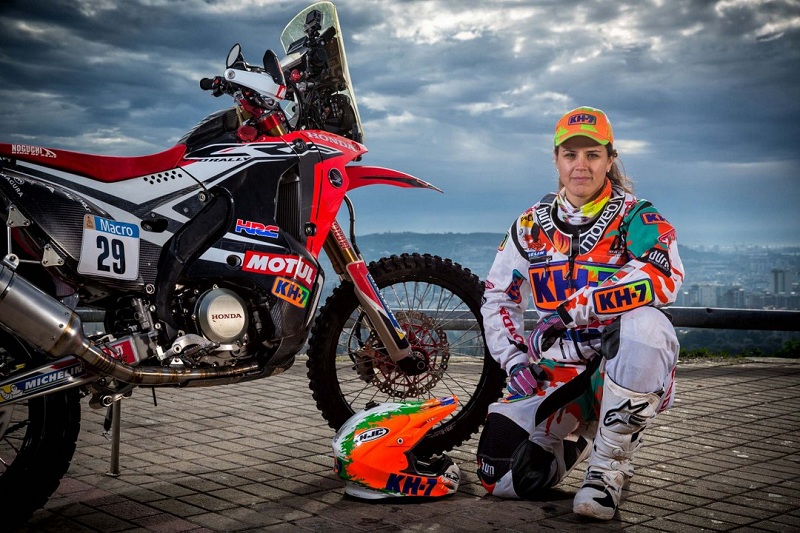 Laia Sanz is a thirty years old rider from Spain. This is her ninth Dakar Rally which happens to be her first outing on a motorcycle in months. Laia couldn’t train as hard as she could because she suffered from the Q fever. This she want to test her limits and push herself back into racing. She said in a statement:

“The goal, normally will be to be among the top 15. But today I am in the unknown, I don’t know what to expect when it comes to sensations. It would be better than I expect, but I want to be very careful this year and ride without a particular objective. All I want is to start the rally in good health.”

She is associated with KTM Factory Racing Team and rides KTM 450 Rally Bike.

This year, Sara García has a big goal ahead of her. This Spanish rider is determined to be the first woman to finish Dakar without assistance. this clearly means that she’ll be changing tires by herself, performing any necessary mechanical tasks and any other task you name it.

A bad crash in 2018 left her injured and mentally shaken. Dakar is her first Dakar Rally. It is going to be her first big outing back in racing, and she’s been working with a sports psychologist in order to get herself psyched up for the event, she said on the Dakar page:

“I had to start from scratch and train a lot of mind, after the fall I had to resort to a sports psychologist because I got on the bike and was unable to race, but with the help of all the professionals that I have around in the end we have managed to reach Dakar…. All of us who compete in this dream of always being in the Dakar, it seemed unfeasible to me four or five years ago but little by little we set goals. Now I come with expectations of being able to finish it.” 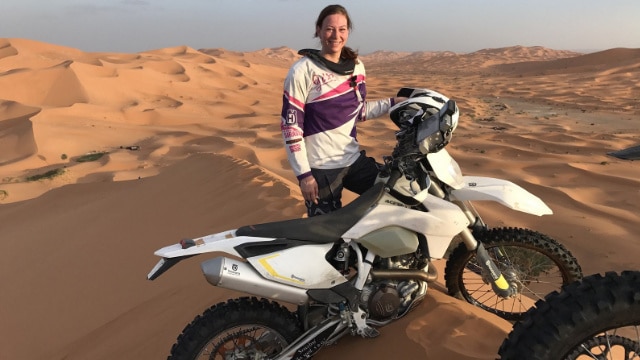 Gabriela Novotna comes from to Czech Republic. Last year she became the first Czech woman to compete in the Dakar Rally, one that was tinged with disaster after a crash saw her break a collarbone. She tried to drive on but was in too much pain. This year, she’s just focused on pushing through to the finish:

“My decision to do the Dakar came on New Year’s Day in 2015, and three years later I was at the start line. I loved last year. I loved every second, every minute, I was so grateful every morning. It was such a disaster for me not to continue. Even though it was horribly painful, with a broken collarbone, I would have kept going. I’m excited to go back. I loved Peru, it was my favorite part last year, so I’m excited it will be there again. For me it’s very important not to focus on position. I will try not to follow the results, but I will push myself to my very limit, to go as fast as I can. To go to a race and not race is stupid—you can go for a ride if you want to do that!”

She is associated with Indigo racing and rides Husqvarna FE 450. 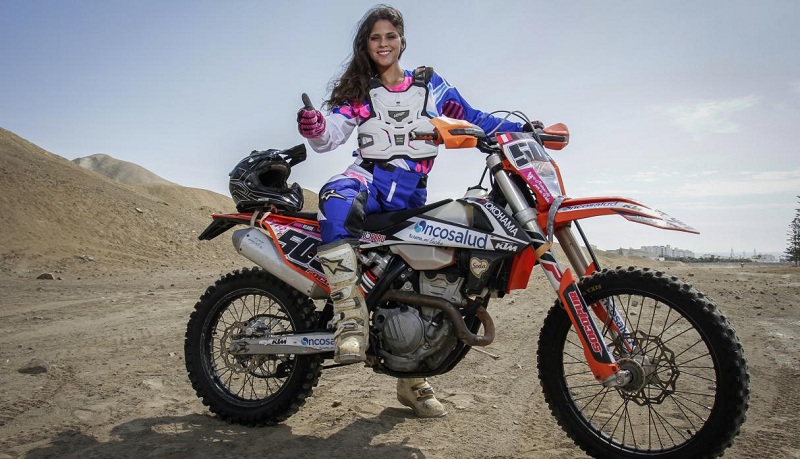 Gianna Velarde is just 24 years old and comes from Peru. She is a survivor of Lymph node cancer. It was during her recovery from cancer that she picked up riding as a way to find freedom and competition. She’s headed out to Dakar Rally this year after finding out that the race is taking place entirely within Peru’s borders. She updated:

“Every day, I visualize myself finishing the Dakar, because I know that the mind is very powerful. The worst enemy is in my head, that’s very clear to me. It will be a very special trip. I’ll be leaving my home, my family and my cat to race an adventure that is going to change my life. So I know that the woman who is leaving is going to be very different from the woman who comes back.”

She is associated with Socopur Motorsports and rides a KTM EXC F rally bike.

Let’s wait for 17th January and see what’s in the box for us. 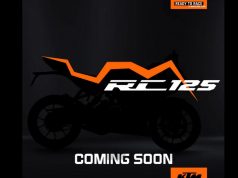 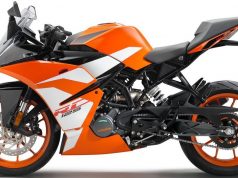 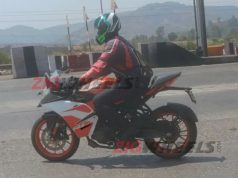 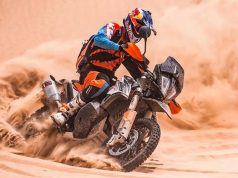