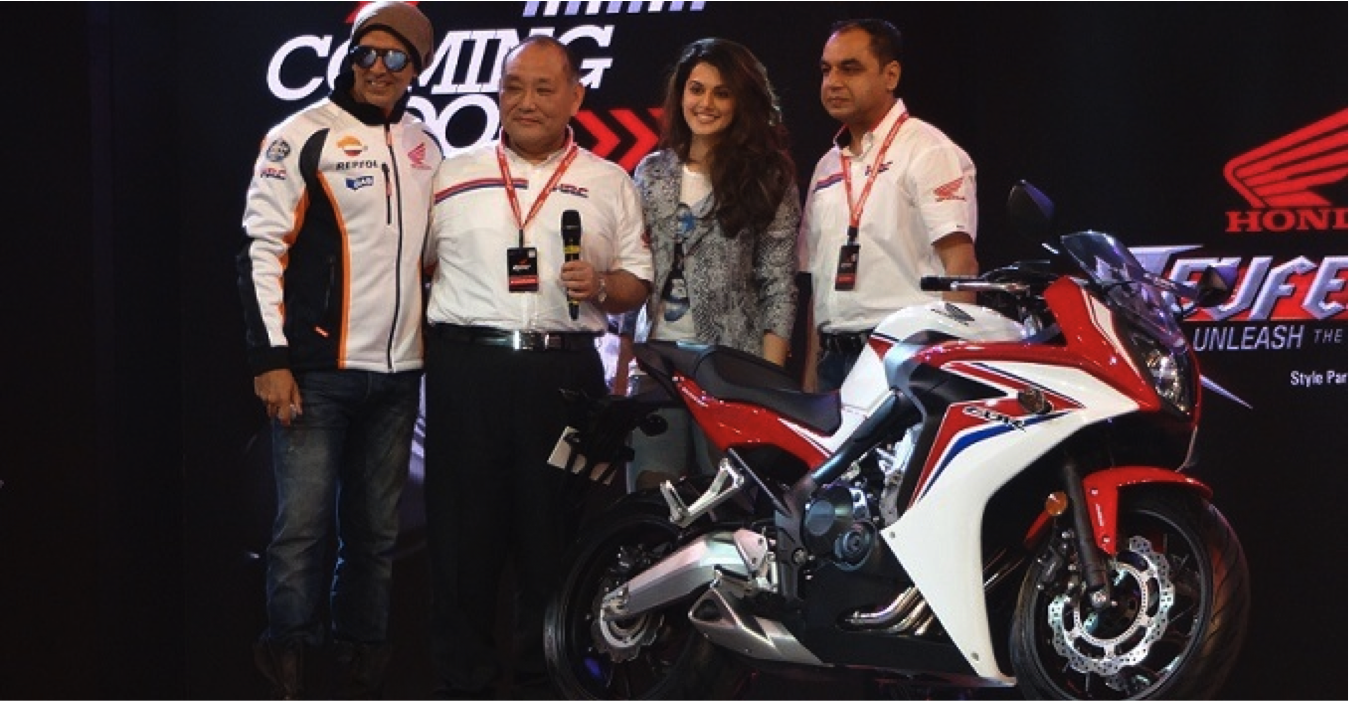 Over 25,000 youth to celebrate at Revfest across 8 cities simultaneously on 4th August

New Delhi, July 30, 2015: – Honda’s motorcycling DNA will converge with fun product offerings as Honda is set to unleash the Power with its Revfest. Unparalleled in scale and grandeur, Honda RevFest 2015 will be held simultaneously across 8 cities (New Delhi, Mumbai, Bangalore, Hyderabad, Chennai, Kolkata, Indore and Ahmedabad) on August 4, 2015.

Outlining on what Indian youth and potential customers can expect from the Revfest,Mr. Keita Muramatsu, President and CEO, Honda Motorcycle & Scooter India Pvt. Ltd. (HMSI) said, “In the first seven months of 2015, Honda 2Wheelers has completed upgrade of its automatic scooter portfolio introduction in India. Now the World’s No. 1 motorcycle company Honda, is all set to bring the big bang in Indian 2Wheeler market with its new range of FUN motorcycles. Revfest will be the stage where Honda along with its flagship “Make in India” model CBR 650F will introduce not one… but many more new motorcycles.”

Already, close to 15,000 Indian youth have registered for Revfest – an ‘invite only’ event. With new registrations pouring in fast, customers still have a chance to catch all the action LIVE on 4th August. To know more, visit their nearest Honda dealership or register at www.hondarevfest.com.