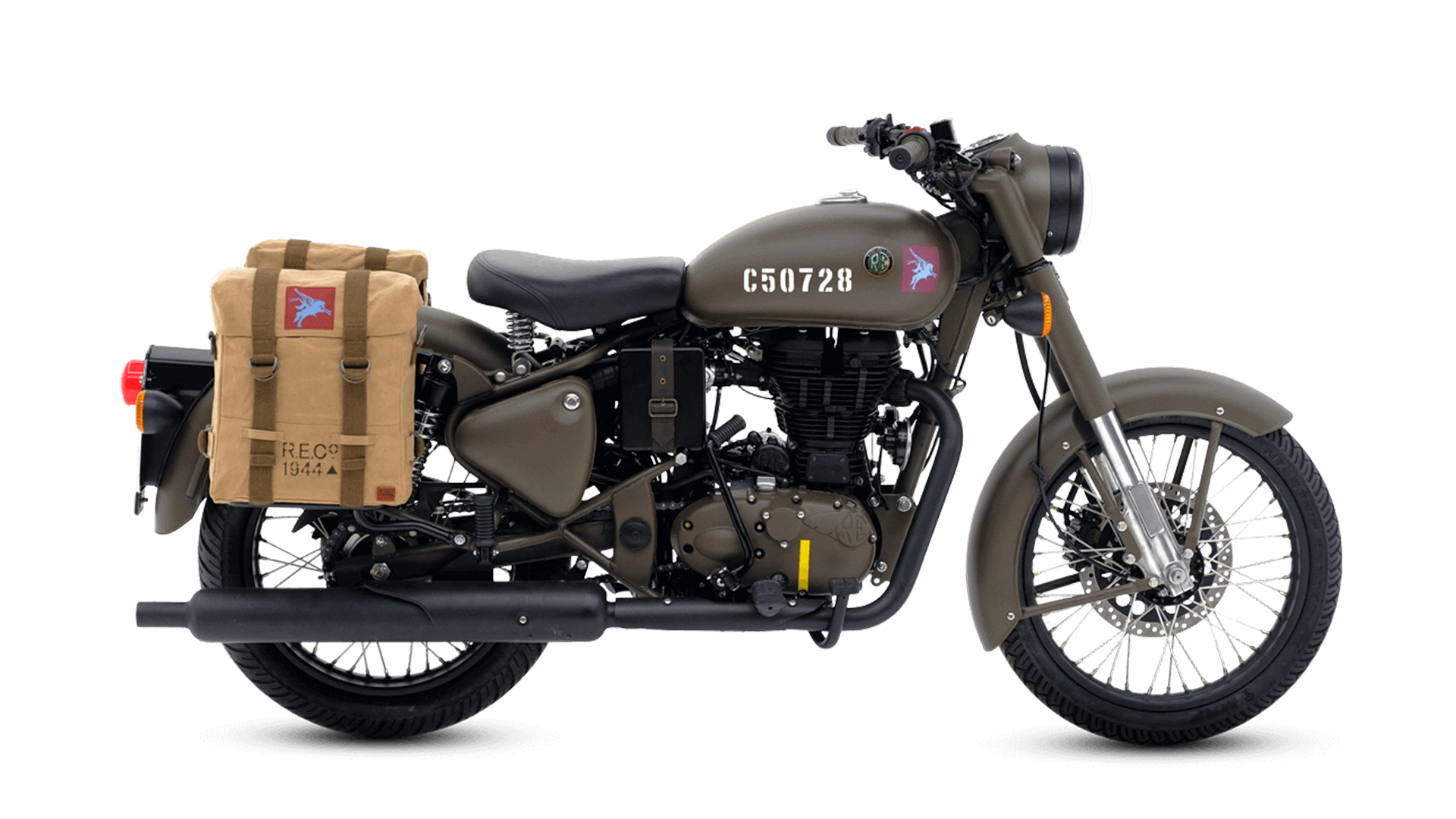 Royal Enfield Pegasus: It took under 3 minutes for all 250 units of the World War inspired Royal Enfield Classic 500 Pegasus. You read that right! Priced at Rs 2.4lakh, 250 units out of the 1,000 were reserved for Indian buyers for online bookings. An inspiration drawn from the Flying Flea motorcycles that were used in World War II, these bikes pay homage to the original two-stroke RE/WD 125 bikes with aesthetic changes made into the bike.

This bike performed for the primary military troopers of the British Army who served during the war. On 10th of July earlier this year, it was ascertained that due to an overwhelming response the website got crashed and they are finding some technical issues due to the same. So, the company had to mention a revised date for sale in India.

The Classic 500 Pegasus features additions and has gorgeous exclusive colour schemes unlike that from the standard paint. It also includes brown handlebar grips, Pegasus emblem along with a stencilled number on its fuel tank i.e. ‘Make Like a Gun’ written on the battery box. It consists of a single-seat along with military-style canvas pannier that gives you a vintage outlook.

Power comes from a 499cc single-cylinder fuel injected engine which puts out 27.6bhp of power and 41.2Nm of peak torque at 4,000rpm. The bikes are exclusively available globally in service brown or olive drab green colours originally.

But because the Indian Army you cannot have access to the Olive Drab green colour due to non-permit for civilians to use such colour bikes. Royal Enfield has also introduced a limited variety of apparel correlated to the Pegasus edition which is available for separate purchase. Each bike gets its unique number stencilled on side of the tank, with the Royal Enfield logo with a leather strap with brass buckles.