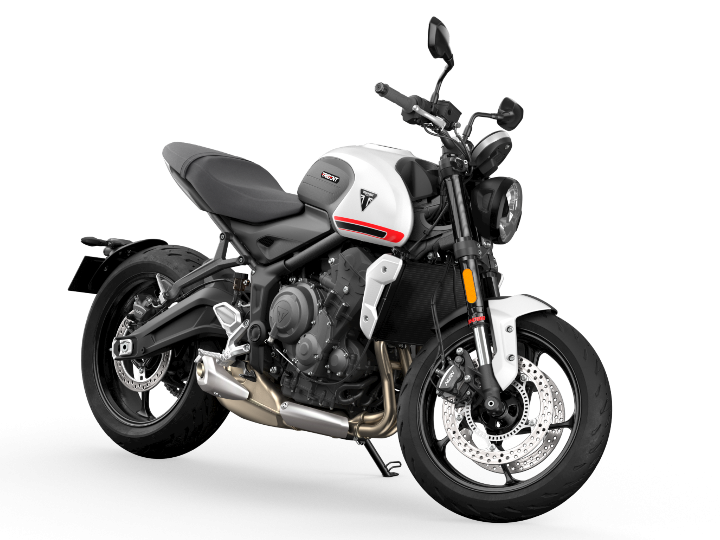 As we get closer to the end of 2020, we’re also getting closer to the official launch of the Triumph Trident 660 in India. And to get excitement levels going, Triumph has already begun accepting pre-bookings for its new entry-level model. To put your name on one, just head over to the nearest Triumph showroom and write them a cheque for 50,000 of your hard-earned bucks. If you’re not quite happy with the price announcement next year, every single rupee will be refunded back to you.

To make the buying experience that much easier, Triumph is also offering an attractive financing scheme with EMIs starting at just Rs 9,999.  The Trident is powered by a 660cc inline-triple motor derived from the Street Triple S, producing 81PS and 64Nm. We expect it to be launched at around the Rs 7 lakh mark. Full details are available in the press release below:

The pre-bookings for the Trident 660 are open across all Triumph India dealerships and customers can book the motorcycle with an initial amount of INR 50,000/-. Additionally, Triumph is also offering a special finance scheme for the Trident wherein customers can bring home this new roadster at an EMI of just INR 9,999/-*. This offer is however for a limited period. The booking amount on the Trident 660 is 100% refundable until the price announcement of the motorcycle.

Speaking on the announcement, Mr Shoeb Farooq, Business Head – Triumph Motorcycles India said: “The Triumph Trident 660 marks the beginning of a new chapter for us as we venture into the premium middleweight roadster segment. It has garnered a good response from the global press and brand purists alike. With the Trident, we look forward to tapping a younger generation of riders in the Triumph family and the special finance scheme is just one step in making their buying journey easier.”

With the Trident 660 Triumph Motorcycles enters the premium middleweight roadster category. The new 660cc powertrain, unique triple engine performance, minimal design, class-leading technology and handling on the Trident are aimed to introduce a whole new dimension to a new generation of Triumph riders as well as enthusiasts. The Trident is expected to be priced below the Triumph Street twin and will also serve as the entry price point into Triumph Brand.