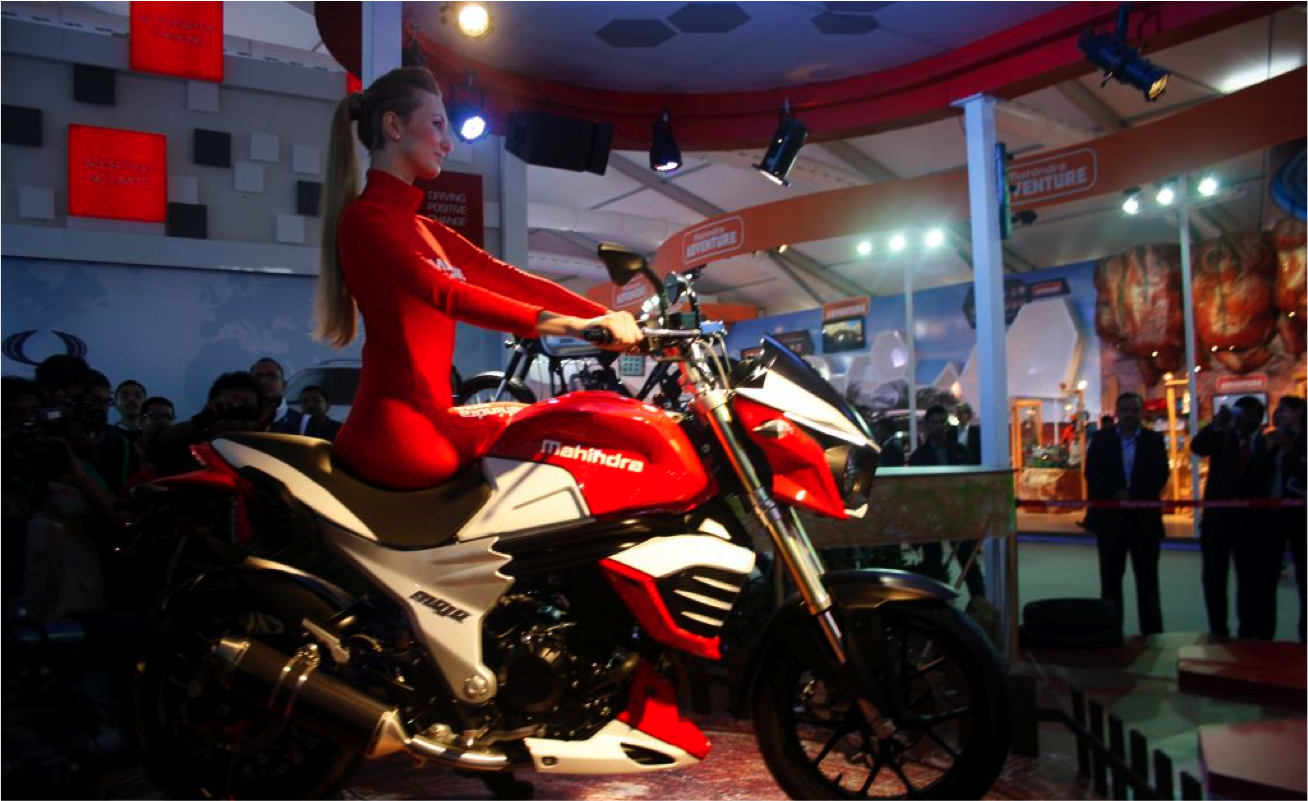 It’s been four years when we first saw the Mahindra Mojo at the 2012 Delhi Auto Expo, but the bike hasn’t still seen the light of the day. It was first rumoured to be launched in 2013, but it kept getting delayed as Mahindra Two Wheelers’s first innings didn’t go well. Though things started changing after the re-launch of the Centuro that has been currently drawing profits for the Mahindra 2 Wheelers.

Also the bike’s design has gone through a lot of changes, and the production-version looks quite different from the concept. Now that Mahindra two-wheeler dealers have started taking pre-orders for the bike, we expect it to be launched in October, 2015.

Talking about its design, the front-fascia of the Mojo looks more practical with revised twin head-lamps. Also the vehicle features a digital speedometer with analogue tachometre with a shift light and low-fuel warning indicators. Other features include radial brakes, Pirelli Sport Demon tyres and USD forks.

Power for the Mahindra Mojo will come from a liquid-cooled, 4-stroke, single-cylinder that churns out a maximum power output of 27bhp and 25Nm. This engine will come mated to a 6-speed transmission.