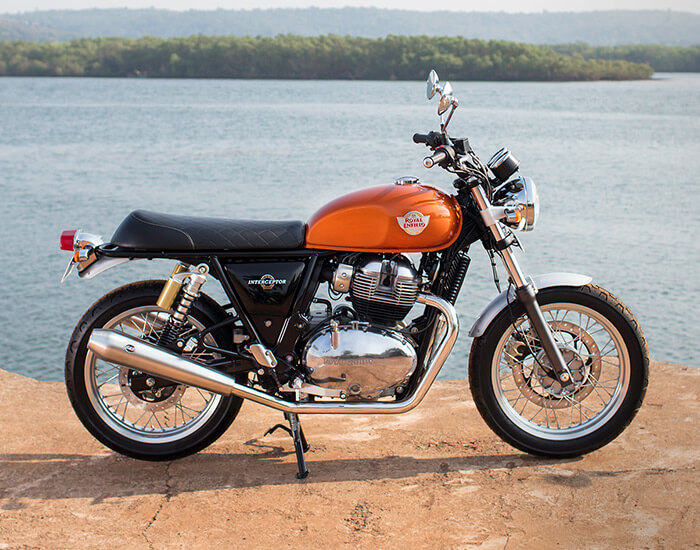 Royal Enfield launched Interceptor 650 and Continental GT 650 in November 2018 and since then there is a lot of rumble in the two-wheeler market in India regarding these two performance-oriented classic looking motorcycles. The 650 twins received a lot of positive reviews since then.

The 650 twins are powered by an all-new air & oil-cooled 648 cc parallel twin motor which is good enough for 47 bhp and 52 Nm of twisting force. The engine is mated to a 6-speed gearbox which propels the bikes from 0 to 100 under 6.5 seconds and a top speed of speedo-indicated 170 kmph.

What if you get a chance to increase the power output even further? Yes, this post is regarding the same. Aftermarket freeflow exhaust is released by Red Rooster Performance for 650 twins from the family of Royal Enfield. You can watch the video below to listen to the sound of the freeflow exhaust system without dB killer on an Interceptor 650 motorcycle. You can notice how loud the exhaust has become after removing the dB killer.

Everyone knows that Royal Enfield is pretty popular in the world of customized bike makers in India. Soon after the launch of all-new Interceptor and Continental GT 650 in the country last year, many brands stepped forward and launched their aftermarket exhaust for the 650 twins. Among them was the Red Rooster Performance, which is famous for their freeflow exhaust for Royal Enfield motorcycles, also launched the freeflow exhausts for the new 650 Twins. The Freeflow Exhaust can also be termed as performance exhaust as they tend to increase the performance of any bike by up to 20%, while some exhausts are designed to just make the exhaust louder and Gruffer.

The new 650 Twins have a parallel-twin engine hence they don’t sound like a single-cylinder bike and also do not produce classic thump the Royal Enfields are known for. However, after removing the dB killer, Interceptor 650 sounds a lot different and unique, the smooth rumble from the stock exhaust is gone for good (or bad IMO).

This Red Rooster Performance freeflow exhaust for 650 twins costs Rs. 6,500 for a pair. They increase the performance of motorcycle by around 15% to 20% and also reduces the weight by a whole 12 kg resulting in better acceleration and all-around performance.

One must also note that the police officials after teaming up with RTO, have started to track down modified bikes in the country. Moreover, last year many Royal Enfield motorcycles were caught which had loud freeflow exhaust system installed. The freeflow exhausts were deliberately destroyed by the police officials. As an icing on the cake, Supreme Court has also issued orders to cancel the Registration of that two-wheeler which is found with any kind of modifications.