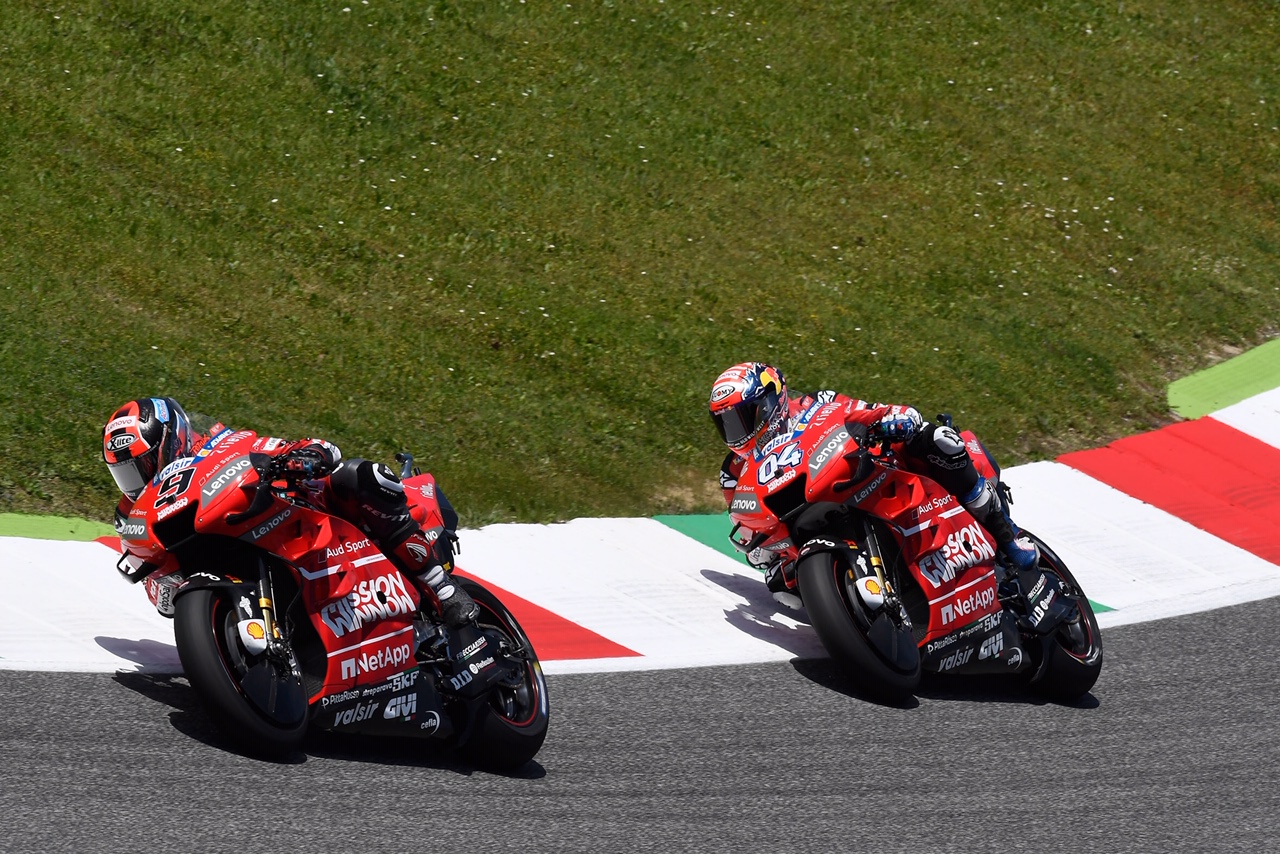 Superb win by Danilo Petrucci at the Italian Grand Prix, Ducati reigns at Mugello for the third year in a row

The Mission Winnow Ducati team enjoyed a Sunday to remember at the Mugello Circuit with Danilo Petrucci claiming the win at the Italian Grand Prix – his maiden victory in MotoGP – in a sprint finish to the line ahead of his teammate Andrea Dovizioso, third under the checkered flag, only three-tenths of a second behind. For Ducati, this is the third win in a row at its home GP after those claimed by Dovizioso and Lorenzo in 2017 and 2018 respectively, an extraordinary result celebrated also by the many fans who filled the Ducati Grandstands to capacity.

Starting from first row, Petrucci immediately joined the leading group together with Dovizioso, who got off to a great start from third row and entered turn 1 in third position. Both riders exchanged overtaking moves repeatedly and towards the end, with only four riders left fighting for the victory, Petrucci defended the lead to precede Márquez on the finish line by only 43 thousandths of a second, with Dovizioso third quickly in tow. Michele Pirro took seventh place as a wild card, mounting a strong comeback despite an issue with his forearm to recover many positions in the second half of the race. 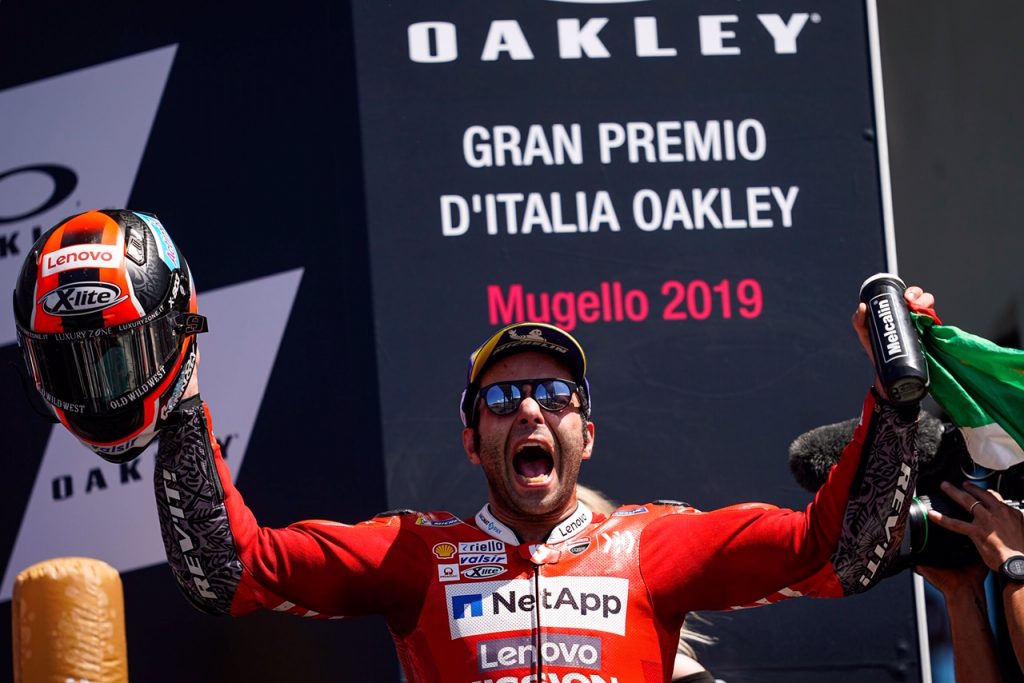 “I really wanted this victory and when I realized the pace at the front wasn’t too fierce and I was able to manage my rhythm in the leading group, I told myself it was the right time to go for it. I tried to control the race by staying in the lead to avoid the risk of losing too many positions in the battle, dictating the pace to preserve the energies and the tyres for the final rush. I was a bit worried about the slipstream as we entered the final lap, but I managed to brake really deep and find a small gap between Andrea and Marc to retake the lead, then I simply pushed as hard as I could until the checkered flag. A good chunk of this win came thanks to Andrea, who took me under his wing this winter and gave so many precious tips. Now we’ll keep fighting together for the championship.”

“Winning is always fantastic, but to do it here at Mugello really has a special meaning. It’s our home race, and on this wonderful track we can always count on the support of so many people from our company and thousands of passionate Ducatisti. Until a few laps to go, we had as many as four bikes fighting for top positions. Danilo probably had a bit of an edge today, but both our factory riders fought for the win until the very last inch and I believe that Andrea deserves part of the credit for this victory, as he was the first to highlight Danilo’s potential and he took him under his wing, doing a really excellent job.”

“We all must be proud of the work done, because winning three times in a row at Mugello, in front of so many Ducati fans, is a dream come true. Danilo was really phenomenal, he rode a fantastic last lap, with an incredible pass at the beginning, and I’m really happy he took his maiden MotoGP win at his home race. I’m sorry for Andrea, who couldn’t pass Márquez back before the checkered flag, but he rode a fantastic race as well and a podium is always a great result. I want to congratulate myself with all three of them, because they really put on a show.

After six rounds, Dovizioso is still second in the Riders standings with 103 points – 12 shy of the lead – while Petrucci climbs to fourth with 82. Ducati is second among Manufacturers with 115 points, while the Mission Winnow Ducati team leads the Team rankings with 185 points.

The Mission Winnow Ducati team will resume action in two weeks’ time at Montmeló for the Grand Prix of Catalunya, scheduled for June 14-16 on the track just outside Barcelona (Spain).