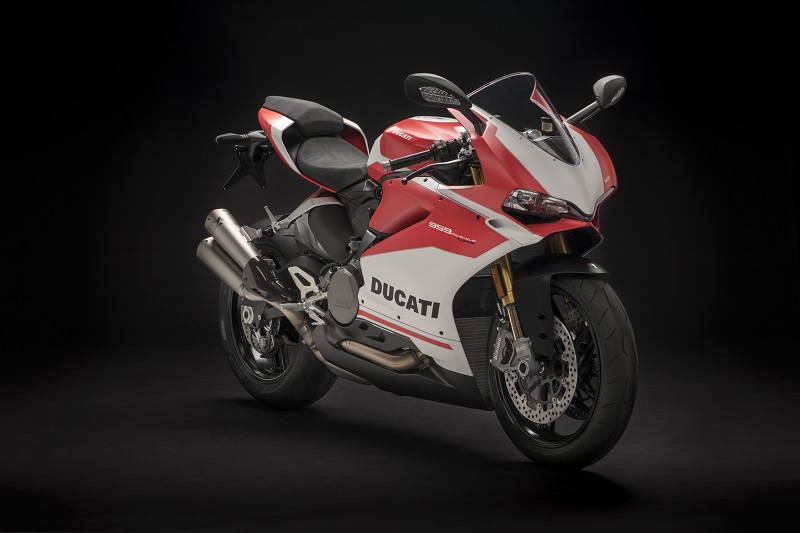 The 959 Panigale is by far the most sensible Ducati in my mind. Its fast, very agile, noisy and definitely one of the prettiest superbikes of modern times. In fact it will go down in history as one the nicest Ducatis every, so if you have one hold onto it. Now Ducati has just upped the ante by introducing this Corse or Racing inspired version livery which as a deal is plain damn unfair. It costs Rs 15.2lakh (ex showroom) and looks flawless in beauty, but more on that later. Corse colours are inspired from MotoGP obviously, and you know Ducati is champ at glorifying its models. Bookings have begun, so I suggest you call your dealer as it is a special edition, but before that read till the end for a surprise.

Normally I don’t write about a product launch, but the pictures just took all my attention today, till I read the entire release. Hang on, will tell later! Engine is the same 955cc twin putting out 147.5bhp at 10,500rpm and a healthy torque figure of 107.4Nm at 9,000rpm. That is a lot of torque for regular use and the delivery is very steady, unlike previous generation Monsters, which was er… monstrous. And since Ducati pack a lot of electronic rider aids, all that power is delivered without spinning or pointing your nose at the sky. All latest updates on that Bosch ABS, traction control, quick shifter engine brake control, are there to extract best lap times, or keep you safe on these monsoon infested roads. Ride-by-Wire throttle is super responsive for quick times, but your also get riding modes to tweak the kind of response you want. Race for immediate, Sport for normal and Wet for slippery surfaces.

However, there is a catch. For Indian buyers, Ducati is not equipping the Ohlins suspensions, Ohlins steering damper and Ducati Performance titanium Akrapovic. So what you see here in the picture is what you get, minus the titanium Akrapovic and golden Ohlins. Kind of beats the main special edition point, doesn’t it. I’m sorry, Ohlins I understand have a surface issue, but why the Titanium Akra. And also remember, Kawasaki ZX10R with a 200bhp inline 4 is Rs 14.3lakh (ex showroom Delhi). So anybody wanting this 959 Panigale wants to be special, which Ducati India just subtracted from the Special Edition! Unfair.