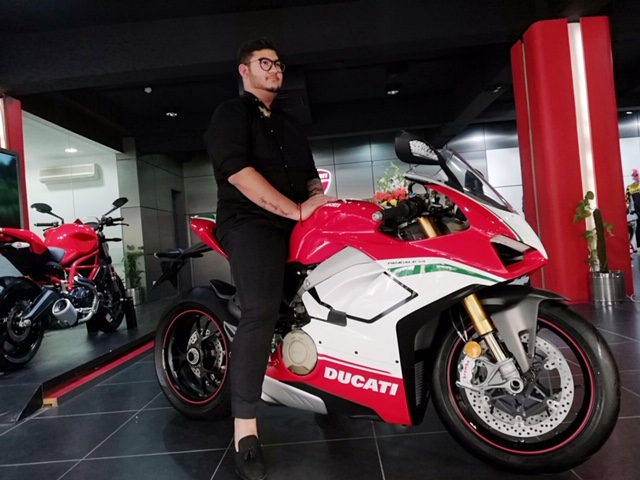 Priced at Rs 51.81 lakh, Ducati panigale V4 Speciale is one of the most expensive and ultra-exclusive supersports bikes ever built in the world. However, there are no dearth for admirers and the bike got its first Indian buyer, Mr. Kartikey Uniyal, to whom it has been delivered. Ducati has produced only 1,500 units of the Ducati Panigale V4 Speciale globally, certainly only a few would be sold across India.

Weighing at 174 kg, the Ducati Panigale V4 Speciale is a perfect blend of the bike manufacturer’s style sophistication and performance taken directly from Ducati’s racing pedigree. So far, this is the closest bike to its MotoGP counterpart, the Desmosedici GP. The powerful engine is capable of churning out 222 bhp of peak power at 13,750 rpm and 133.6 Nm of peak torque at 11,000 rpm. 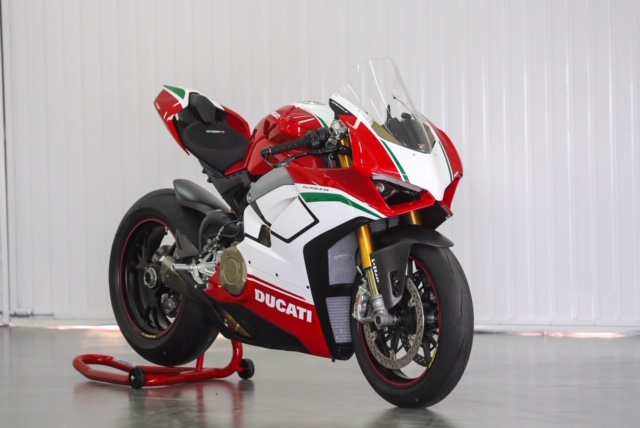 Built on a cast magnesium subframe, the Ducati panigale V4 Speciale comes with an exclusive and dedicated livery, titanium Ducati performance exhaust by Akrapovic. There is a lightweight lithium-ion battery. The screen printed logo, Alcantra seat cover, extensive carbon fibre gives it a highly appealing appearance. It gets fully adjustable Ohlins electronic suspension at both ends with NIX-30 USD forks at front and TTX36 at rear. A wide range of safety features and technologies have been there.