Ducati India has launched the limited edition Ducati Panigale V4 25° Anniversario 916 in India with a mind-boggling price tag of Rs 54.9 lakh ex-showroom. This announcement comes as the bike was unveiled in the US round of World Superbike Championship in Laguna Seca. The limited-edition motorcycle will be limited to just 500 units and the deliveries to start from October 2019. 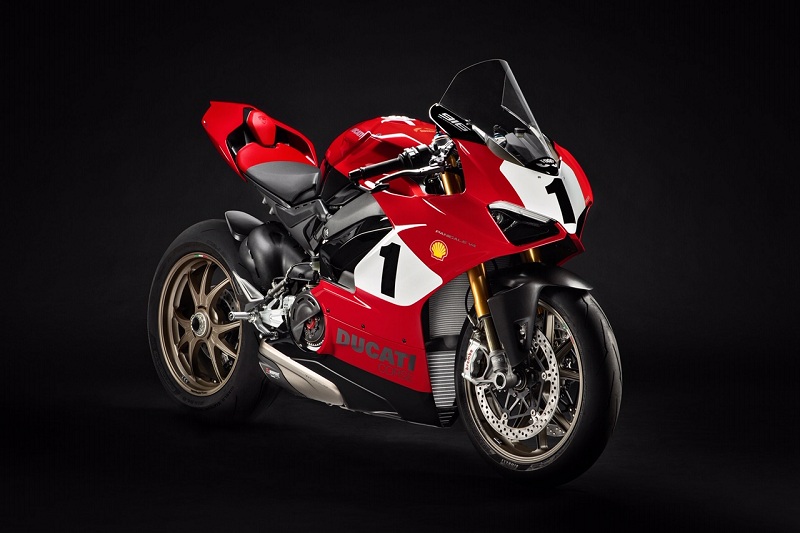 With the above-said price tag, this is officially the most expensive Ducati on sale in the country. Other variants of Panigale V4 are also on sale – V4 Speciale and V4R. These two bikes are priced at Rs 51.81 lakh and Rs 51.87 lakh ex-showroom, Delhi.

The Limited Edition Ducati Panigale V4 25° Anniversario 916 has both cosmetic as well as mechanical changes.

“I’m thrilled to be here at this event,” stated Carl Fogarty after riding the Panigale V4 25° Anniversario 916 onto the stage at Pebble Beach. “The Ducati 916 gave me some fantastic, unforgettable moments. It played a starring role in my career and in the history of the World Superbike Championship. On the wider motorcycling scene, it set a whole new standard of style and performance. I’m proud to have played a pivotal role in that success story, and equally proud to be here today and celebrate this important anniversary by officially unveiling this breath-taking bike.” 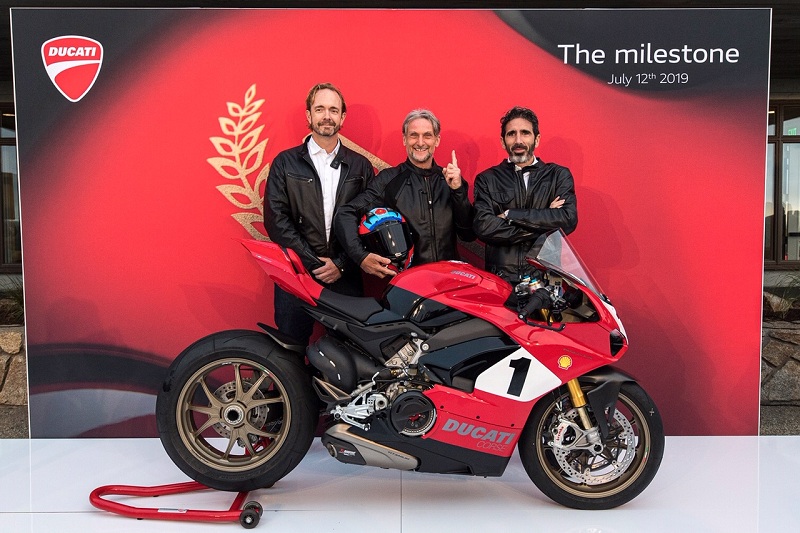 The company says that the Ducati 916 wasn’t just a great bike, it also won World Superbike Championships. The 916 SBK was a force to reckon with even as it made its debut and the following years saw it win 120 races. Out of these 120 races, eight constructors’ titles and six riders’ titles – four of them with ‘King’ Carl Fogarty. Even now, the English racer and the 916 remain the most successful ‘couple’ in Ducati SBK history. Original 916 was designed by Massimo Tamburini, who is a popular motorcycle designer.

The limited-edition Ducati Panigale V4 uses same 1103cc engine from regular Panigale, but has a sportier frame from its cousin V4 R. Where standard model uses a wet clutch, it uses dry clutch and also has a list of track-specific electronics. Ducati Quick Shift EVO 2 and Ducati Traction Control EVO 2 are packed with the bike.

Speaking about the aesthetics, the bike uses paint schemes from the original Ducati 916 SBK bike. There are eye-candy forged magnesium Marchesini Racing wheels at both ends. The exhaust system is supplied by Akrapovic and is made out of lightweight Titanium. And not to forget countless carbon fiber components.

As the bike is focused on the Collectors, it comes with an authenticity certificate. The certificate displays Bike, Frame, and Engine numbers. Also, Bike number 5 of this limited edition Ducati Panigale won’t be sold to anyone. As this number belonged to recently expired Ducati racer, Carlin Dunne. The number 5 bike will be auctioned to raise funds for the late rider’s family.