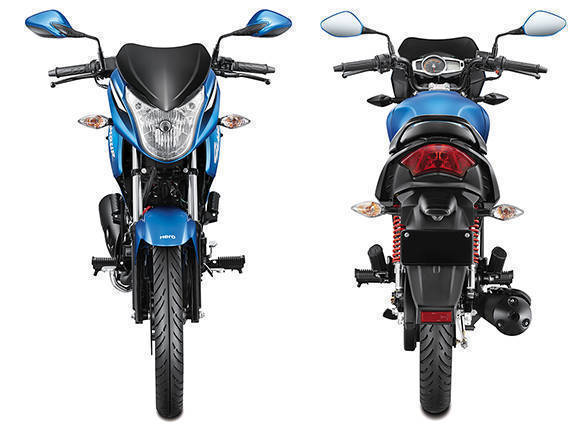 The new 2017 Hero Glamour is among Hero MotoCorp’s bestselling bikes, and was first introduced back in 2005. The generation Hero Glamour was one of the motorcycles in India to be offered with a engine. The Glamour still sells in amounts and still lays claim among the selling 125 cc motorcycle. Now, in 2017, the Glamour has been fully updated by Hero, using a new chassis, design, and a brand new engine which has been developed at Hero’s R&D center near Jaipur. And it’s available in a form, in addition to with fuel injection. How does this look?

Yes, it has commuter bicycle proportions, but it looks like a bike from a segment above, using a fuel tank, and and with stylish design and superior finishes. With a component analogue, a part instrument panel which is very laid out, the new Glamour receives a large angular headlamp, using a bikini fairing, up front. The fuel-injected version gets an instantaneous fuel consumption studying, while the version gets a trip meter in its own location.

The sculpted fuel tank has extensions, and incorporated side panels that flow easily into the tail section. And that is where the best part of the upgraded layout of this Glamour is – the LED taillight which suitably complements the tail segment that is sharp. The split alloy wheel design is all-new too, and also the rear wheel receives a hugger, which ups the style quotient, but is particularly helpful keeping muck and spray at bay, such as we experienced throughout our test ride. Both bikes looks indistinguishable, except for the “Programmed FI” decal on the fuel-injected version, and also the i3S, or idle start stop system onto the carburetted model. And of course, it receives. The version also gets the i3S system – the beginning stop system, which basically starts the bicycle with just a pull of the clutch lever; especially useful at stop lights or in situations in areas. The i3S though has been given the miss since the FI itself adds to the price tag, maybe keeping in mind the cost factor, on the fuel-injected edition.

How does 2017 Hero Glamour perform?

The new Hero Glamour is powered through an all-new, single-cylinder, 124.7 cc, four-stroke engine. Both the carburetted and engines have the exact same output on paper, but in the real world they are slightly different. Throttle response is power delivery, and so is linear; but it is after switching bikes when the gap in performance becomes evident. The Glamour provides that extra zing, that little punch which makes it the more enjoyable motorcycle to ride, and feels eager. The fuel injection however is future-ready, after emission regulations at the Bharat Stage VI (BS-VI) age make carburetted engines redundant, sometime by 2020. For now, the fuel-injected variant though left us needing a little more.

For the most part, the Glamour’s got a refined and smooth engine, and equipment shifts are precise and slick . The gear ratios are well sorted, although we wish was a gear. The frame on the Glamour is fresh also, and uses a semi automatic cradle chassis; handling is decent, and the bicycle remains steady while negotiating traffic and composed. Ride quality is plush, and the well-cushioned seat complements the softly sprung suspension makes it comfy, managing urban road undulations, speed bumps and so on. Hero MotoCorp has upped the match. Yes, there are niggles with the fueling in the FI variant which makes it feel lethargic, compared to the version that is carburetor. We guess the fueling on the FI system isn’t quite and it is something we’re certain before fuel-injection becomes compulsory on all two-wheeler Hero will sort out. Hero MotoCorp’s strength lies in a brand which has considerable clout in the commuter motorcycle segment, and a superb after service and sales network.

Hero claims fuel economy figures of over 80 kmpl for the Glamour, and the bicycle must return around 60 kmpl depending on riding design and traffic conditions. The fuel-injected version costs ₹ ₹ ₹ 69,548 (ex-showroom Delhi) and also boasts slightly better fuel consumption. In all, the newest Hero Glamour is a yearlong package which will be welcomed by the commuter rider.