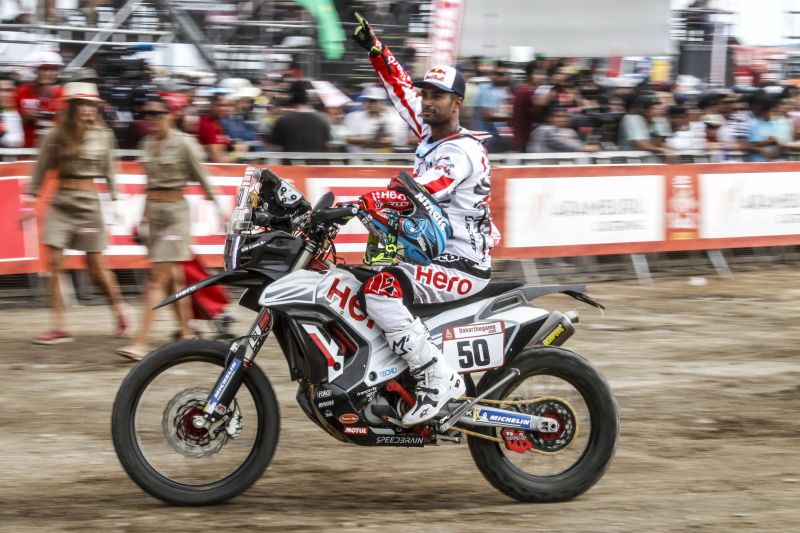 On the positive side, India’s CS Santosh (50) secured 20th position. This is one of his best performance in Dakar Rallies. It is important to realize that CS Santosh has become inspiration for budding off-road riders in India. Not to mention Hero 450 RR rally bike which is much improved. Things are looking way positive for Hero Motosports in Dakar 2019.

C.S Santosh (50): “I am very optimistic about our performance at the Dakar this year. This will be my third Dakar with Hero Motosports and fifth overall. It has been a very exciting three years and I’m geared up for yet another rendezvous.” 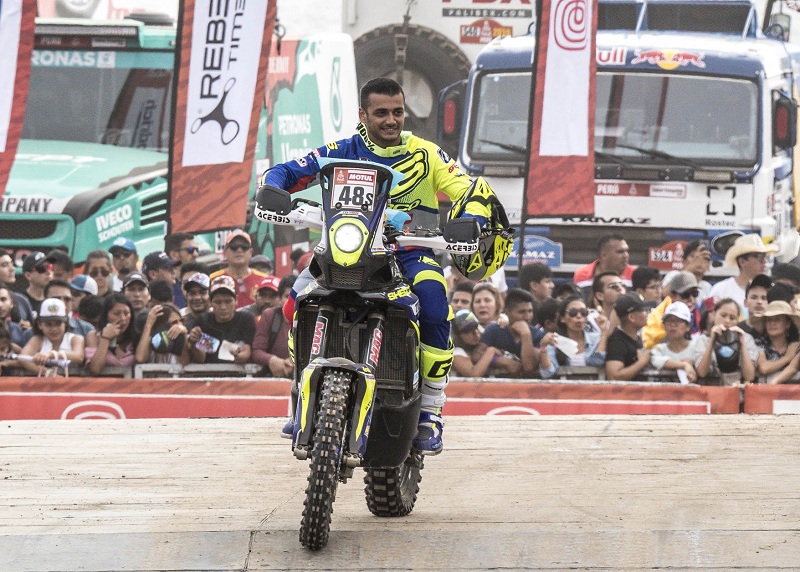 Aravind Prabhakar debuted his Dakar Diaries in Dakar 2017 and broke is hand on the first day itself. Surprisingly it wasn’t enough to stop him from continuing. Consequently he crashed into a broken dune in stage 3. This forced him to withdrew from the competition with shoulder injury. Dakar 2018 was almost just as painful. This time Aravind broke his ankle after hitting a broken dune on day 5. Now coming back to Dakar 2019, Aravind Prabhakar managed to secure 71st position after the completion of Stage 1.

To put it differently Dakar Rally is an annual off-road endurance race organised by the Amaury Sport Organisation. From 1979 to 2007 Dakar events were organised in Europe. But considering the security threats in Mauritania and cancellation of Dakar 2008, races have been held in South America. Dakar 2019 is 41st edition of Dakar.

You can also visit Dakar official site to check complete ranking classification of Dakar 2019 after completion of Stage 1.