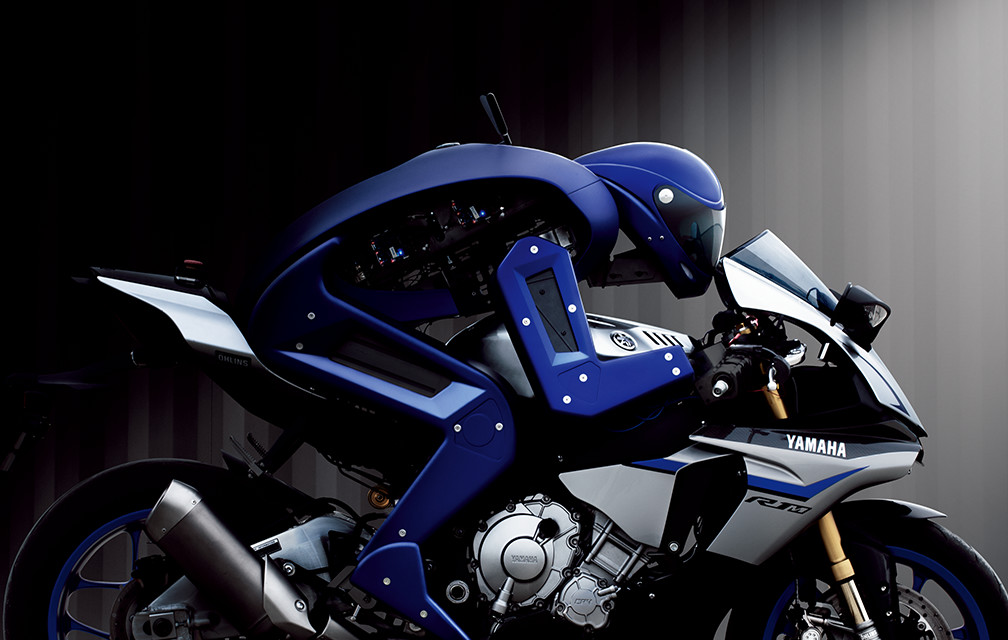 Yamaha, one of the world’s best automobile industry who delivers autonomous vehicle into the market and the one who manufactures from music instruments to superbikes is now entering in to the world of robots. It sounds so interesting when we hear about Terminators or Robocop in movies who performs the action of humanoid. The unique project of Yamaha is the going to be proven as a bad phase for the nine times MotoGP Champion Velentino Rossi, who is considered as a superhuman because of the way he ride his Yamaha YZRM1 on the racetrack. Robot named MOTOBOT is designed to pilot motorcycles that precisely perform the riding operations similar to human rider.

In official video itself the electronic voice of robot says “I am Motobot,” and” I was created to surpass you.” Addressing to Rossi.

So the question is what actually the Motobot is?

Motobot is a self-driving robot that aim for humanoid robot to operate a vehicle unmodified for autonomous use. A Machine who is capable to sense on the data of rpm, speed, acceleration, engine, machine attitude, etc. The blue, human shaped machine with a helmet equipped head with two appendages and legs capable to change 6 transmission of gearshift paddle yet, Head couches towards the handle, looks like a real human racer. Motobot works in the internal analysis through its sensors that process information through data that can steer the engine function proportion with speed and changing conditions on the fast racing tracks. Motobot learning edge allows the Motobot to sense and make autonomous decision based on the other riders and the condition of tracks.

It could also be beneficial outside motorbike racing world in finding the creative solutions for unusual problems rather than to beat flesh-and-bone motorcyclists. The company has called out Rossi as a racing legend in promotion of Motobot and we all hope that it will beat him in head to head race.