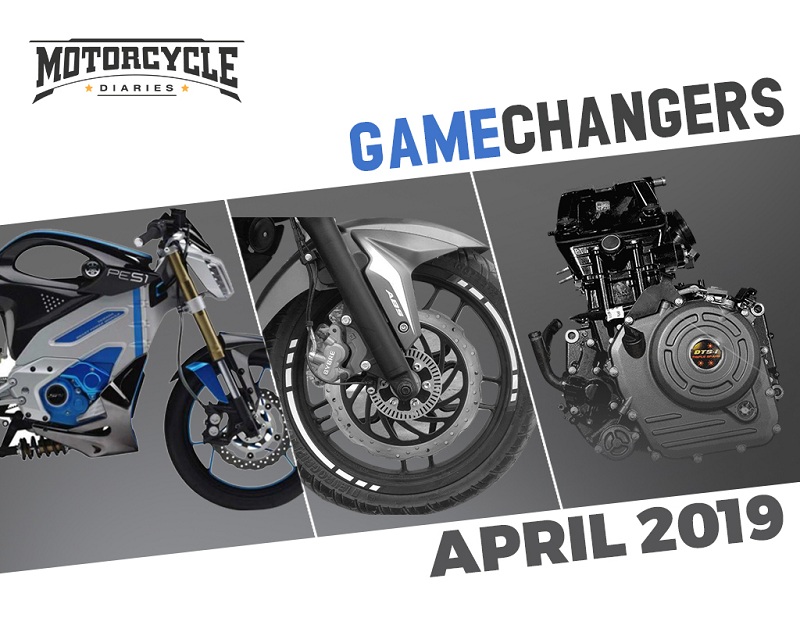 What’s better than Japanese Big-Four joining hands for the electric revolution. Game changers of the month have more than just motorcycles, its new strategy as well as new government norms which changes the market sentiments

April 2019 saw huge changes in two-wheeler market sentiments. From higher priced motorcycles due to safety norms to electric motorcycle revolution. One which always disrupts the sales of its rivals by launching strategy infused products in the market. All this happened in the span of a single month. Let’s dive into some Game Changers of the Month of April 2019.

Finally, it happened, the government has enforced new safety norms in India from April 1st, 2019. In this two-wheeler safety norms, all bikes and scooters under 125cc engine capacity must have Combined Braking System (CBS) as standard and rest of the two-wheelers above 125cc must have ABS as mandatory fitment.

These technologies provide a controlled braking performance under panic and hard braking conditions. CBS reduce the chances of wheel slips by applying both front and rear brakes at once while ABS works electronically and prevent wheel slippage under hard braking. Hence, there will be fewer chances for a two-wheeler to slip and saves the rider from injuries or death.

This Game Changer will make manufacturers look forward to the safety of their customers by providing help with world-class safety technologies. One would argue that CBS and ABS are the basic safety tech and there could be more than just this. Other technologies like cornering ABS and Traction Control are made available only on the bikes which have a lot of power on tap.

After everyone tried their best for making electric two-wheelers a revolution, the Japanese just watched their every move very carefully. Its time for Japanese motorcycle manufacturers to step into the global game. The four giants of Japan, viz. Honda, Kawasaki, Suzuki, and Yamaha have joined hands with a mind to develop a battery technology which will be standardized among these manufacturers.

This development model will bring revolution in the electric two-wheeler segment by improving the tactical charging infrastructure network.

Today, there are about eight Indian startups who are working night and day to bring things on track for the electrification of the Indian two-wheeler market. All the young smart minds are coming up with their own innovative ideas for accelerating the growth of electric bikes and scooters in India.

But with the announcement of FAME II subsidy, the prices of all-electric scooters and bikes will increase as they do not comply with its rules and regulations. In the near future, it will not be possible for electric two-wheelers to benefit from FAME II subsidy scheme.

Honda, Yamaha, Suzuki, and Kawasaki will surely find the solution for the range anxiety problem in case of electric two-wheelers. You can also expect a new battery technology from the Japanese giants which might hold more charge than the Li-ion batteries. Hence, these guys are on our list of Game Changers of the Month.

Bajaj Avenger is a brand which is well preferred by anyone who wants a cruiser motorcycle without breaking a bank. Believe me, this motorcycle is a comfortable tourer and can go places without straining your back.

Right now Bajaj has three Avenger model – Avenger 180 Street, Avenger 220 Street, and Avenger 220 Cruise. Street models are made for urban jungle while the cruise 220 is meant for long highway rides. Now Bajaj has chosen to end the life of Avenger Street 180.

Yes, you read that right. Bajaj will replace 180cc bike with a 160cc one and still won’t lose any performance. This Game changing move from Bajaj bet on the 4-valve engine head technology. Looking at the power figures, 180cc engine develops 15.5 bhp and 13.7 Nm torque. These numbers are not bad for the price of the bike.

However, an Avenger with 160cc engine pumps out 15.5 bhp and a bit more torque of 14.6 Nm. This is achieved by using a 4-valve head which makes the engine more efficient in burning fuel and also reduces emissions. Speaking about the price of new Avenger 160 ABS, it is priced a lot lower than the current version of Avenger 180 at Rs 81,000 ex-showroom.

Thus proving to other manufacturers that bigger capacity engines are not always a better choice. A smaller engine can make more power and also return a better fuel economy.