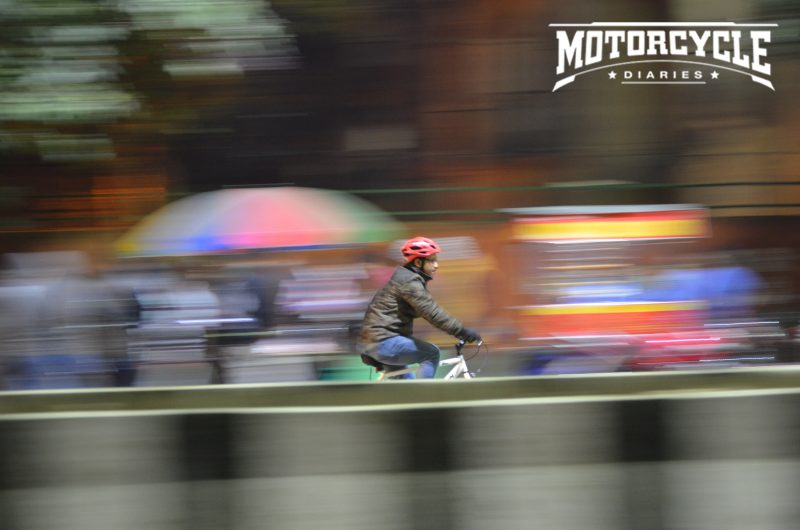 Create a greener and healthier environment, cycle to office daily

“…Bicycles are social catalysts that attract a superior category of people.”

Without arguing much, it can be rightly said or accepted that writer Chip Brown was indeed true with his evaluation about the cyclists. In a country fighting with vehicular congestion and choking due to severe pollution level, bicycles could truly become savior on both fronts – life and money. At least, am doing so for last couple of months. Yes, I do cycle to office daily, for around 5.5 kms.

Yeah, since I moved to Delhi-NCR with my new job, I started rejuvenating myself by reliving my school days. And guess whom I got as partner in crime? A B’Twin bike. I have been regularly commuting to and fro on that lean white single speed MyBike. It’s a risky business out there on Noida roads, but is also fun. Pedaling through and alongside those polluting vehicles gives me the satisfaction of contributing a little to the nature. Sure, I do use a pollution mask. Oh, the amount of money I save everyday by not using cabs also boosts my moral despite often finding myself almost losing my life due to some idiotic driver or motorcyclist. 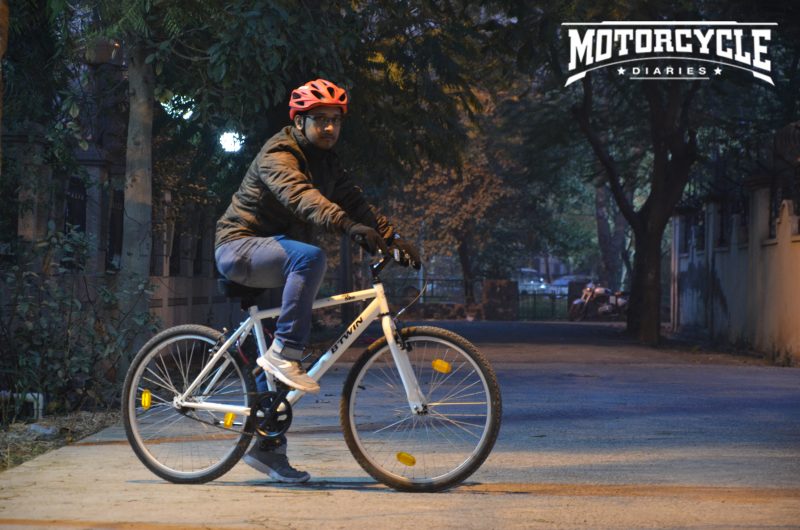 Besides putting my life in threat, cycling on Noida roads with the proper gear (i.e. helmet, gloves) on leaves me drawing attention of many people. Yeah, sometime I feel like an alien among them riding a highly vulnerable bicycle, wearing a helmet and drawing bemused look from people riding shiny and highly expensive motorcycles, majorly sans helmets or any protective gears. Also, they might think me a stupid fellow riding a cycle in such a scorching heat of NCR. But, I love ignoring those skeptic looks.

My tryst with cycling daily in NCR 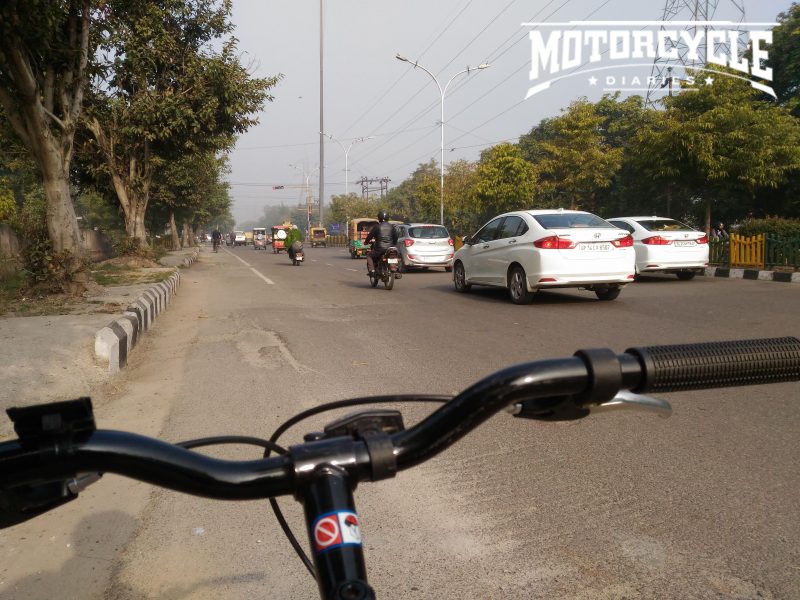 When I came here for the first time, at the beginning I was considering a second hand motorcycle. However, I found that a pricey affair in long run with the ever-increasing fuel price. Also, the my inner green-activist restrained me from buying a motorcycle that will spawn pollutants to the air. Instead, I found a good deal in a second hand bicycle and bought that at just Rs 5,000 bucks. The helmet and a pair of gloves cost me another Rs 3,000 bucks.

Believe me, Noida roads are not at all cycle/cyclist friendly. In fact, driving any car or riding a motorcycle too can become a nightmare at any given situation in this buzzing city. But, if you can take a bit of risk and willing to save the nature and your hard-earned money, cycling is indeed a very good option to commute, with the proper protective gear on of course. 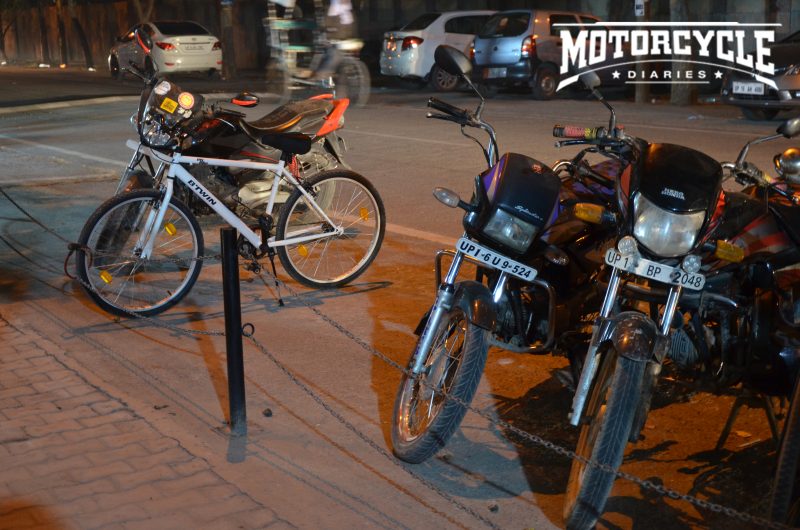 I was really surprised and excited when I saw those dedicated cycling lanes besides the roads. However, my honeymoon with that excitement did not last long when I found some enthusiasts broke the concrete pillars that were built to restrict the motorcycles and cars from entering those lanes. Anyway, I still continued to stick to the plan of cycling.

Cycling is an investment, helps in creating a greener and healthier environment 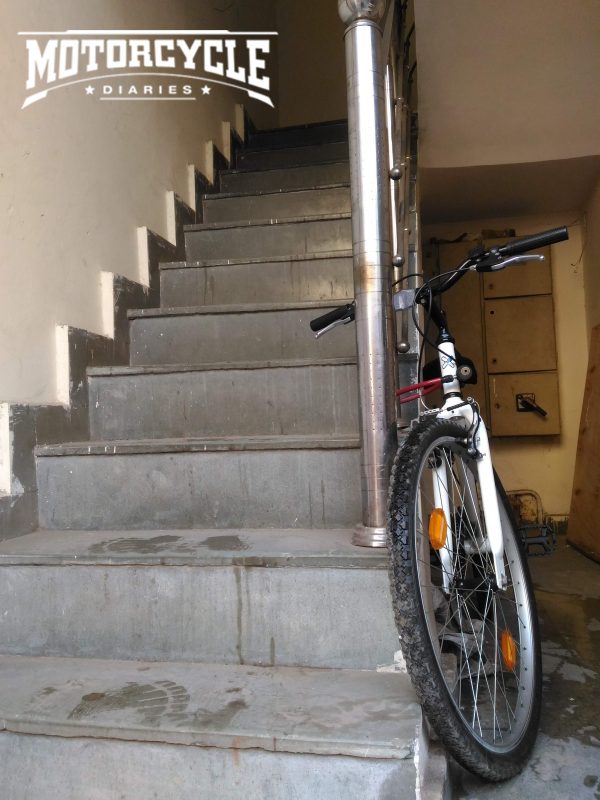 You might have thought about cycling positively so far. I know, after reading this piece, you have enough reason to shy away from that. But, if you really feel the need to keep the environment breathable in coming days, cycling a reasonable distance (i.e. 5-6kms) to and from your office could impact positively for sure. Also, staying alert and wearing proper protective gears while cycling minimizes the probability of injury in case of any mishap.

Cycling daily actually becomes an investment in your future well-being. Besides contributing your bit to minimize pollution, it also helps you to burn some extra calories without hitting the gym. Yeah, that too is an investment to keep you healthier.