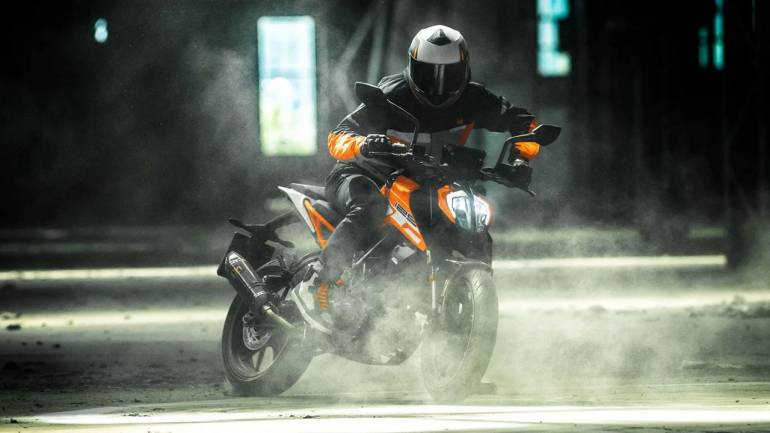 KTM Duke 125 carries the identical styling of bigger siblings with a 14.7 bhp engine and 6-speed gearbox.

KTM Duke 125 is ready for its India debut next month and it is going to be the most powerful 125cc bike in the country. Ahead of launch, the Austrian bike manufacturer has already opened booking for this model. Considering the increasing demands for sporty high-performance bikes, the KTM Duke 125 will certainly be one of the most appealing products in India.

The KTM Duke 125 will carry identical styling and same components as the bigger Duke 250 and Duke 390. The chassis too will be same as the Duke 250. However, there would be some distinctive styling elements for sure. The KTM Duke 125 is currently built in India at Bajaj Auto’s Chakan facility alongside the other KTM models, but for the European market. This could come with an aggressive pricing, as the band already has the infrastructure for this model in India.

The KTM Duke 125 will boast LED headlamp, LCD instrument cluster, LED taillight, sharp tank scoops flanking the chunky and muscular fuel tank. A sporty and comfortable riding stance will be aided by the ergonomically designed seat. Also, there would be KTM’s signature Orange, white and black paint theme adding zing to the bike.

For power source, the KTM Duke 125 relies on a 125cc single-cylinder, liquid-cooled engine coupled with a 6-speed gearbox. This engine is capable of churning out 14.7 bhp of peak power and 12 Nm of peak torque. The most attractive USP for this model is going to be the performance, as KTM will put it with unmatchable power and performance specifications. Speaking about the pricing, the bike would get a tag hovering above Rs 1 lakh slab. 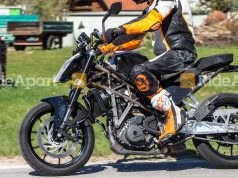