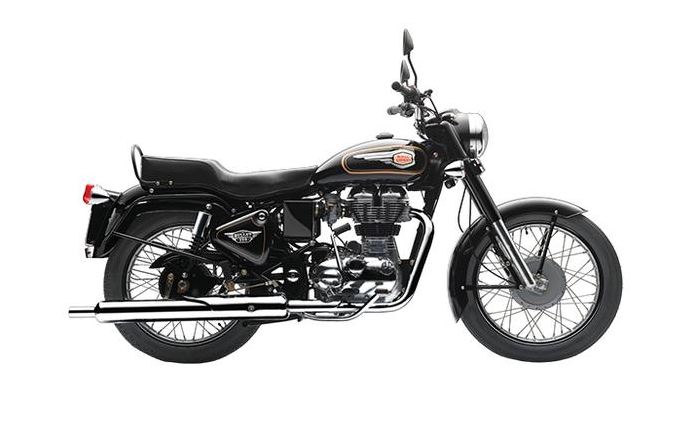 Royal Enfield recall affected around 7000 units of Bullet and Electra 350 motorcycles. The brake caliper is the culprit here

There are recalls every now and then, the main cause of these are low-quality components supplied by vendors or negligence in quality checks. Royal Enfield recall has affected 7000 units of Bullet and Electra motorcycles. The fault has occurred in the brake caliper bolt on the front disc brake assembly.

The company says that they have found about the problem during regular service inspection of the bikes. They further said the torque on front caliper bolt received by them were of low quality and did not qualify for Royal Enfield’s strict quality standards. The bikes which are affected were manufactured between 20th March 2019 to 31 April 2019.

Recently there was a recall made by Harley Davidson for the faulty brake caliper. In this international recall, more than 40,000 units of Street 750 and Street Rod motorcycles were affected. Most of these bikes were manufactured in India. Well, this doesn’t go anywhere but I get an idea that Indian manufacturing quality still has a long way to go to match the international quality levels.

Royal Enfield Bullet and Electra motorcycles recently received Anti-lock Braking System to comply with the latest safety norms. These both model are exactly similar but differentiate on fuel tank paint and logo design. Electra is basically a Bullet 350 with an electric starter. The company now ditched the Electra name and goes on with Bullet ES nomenclature.

Powering both the bikes is the same old 346cc UCE engine which is air-cooled and possesses 2-valve head. The long stroke engine generates 19.8 bhp and 28 Nm of twisting force. These numbers are on a lower side when you look at the 187 kg weight. This motor is paired to a 5-speed gearbox.

In India, Royal Enfiled has a large number of followers, all of them makes up a cult on their own. Bullet 350 and Classic 350 motorcycles are the best sellers of Chennai based company. These bikes show an upliftment of a person’s character who owns them. This is the main reason behind the success of these bikes in India.

I hope there will be no adverse effect on the sales of these classic motorcycles in the long run.