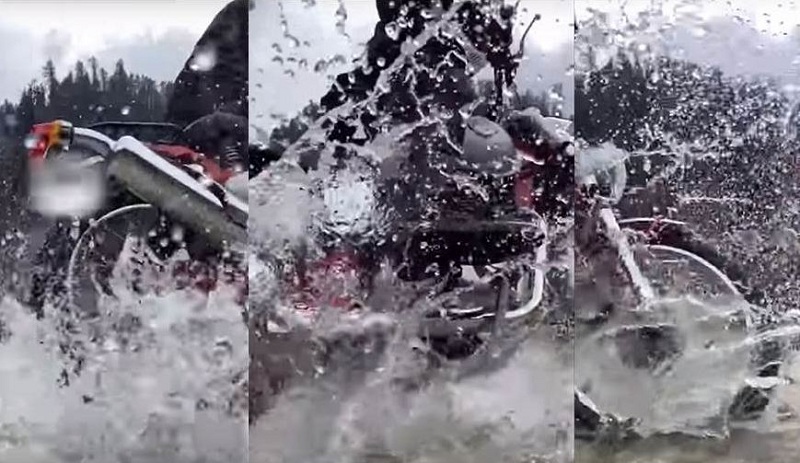 Royal Enfield Bullet Trials will finally launch on 26th March 2019. It is the very first time that Bullet Trials are teased by the company. These bikes draw heavy inspiration from the 1950s Trials models made by the Royal Enfield.

These gracious looking scrambler styled Royal Enfield Bullet Trials images are all over the internet. Royal Enfield is gearing up for the launch of Trials 350 and 500 in India in a short time. Bullet Trials will feature an upswept exhaust, which is a complete looker. Aesthetically Bullet Trails 350 and 500 will get a red and greenish brown frame. Chrome is all over the bike. Rear fender is lifted up a bit to get the bikes running on off-road trails.

Engine and power-train will remain the same as of now. Everyone is thoroughly aware of the specifications of 350 cc and 500 cc engine of Royal Enfield. 346 cc air-cooled engine makes 19.8 bhp and 28 Nm twisting force, both at pretty low rpm. Moreover, the 499 cc powerplant develops 27 bhp and 41.3 Nm torque. Both engines are mated to the same 5-speed gearbox.

The price of Bullet Trials 350/500 will command a little premium over their regular counterparts. That said, Royal Enfield will reveal the exact specifications as well as Price of these bikes on the twenty-sixth day of this month. 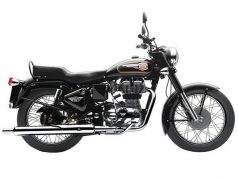