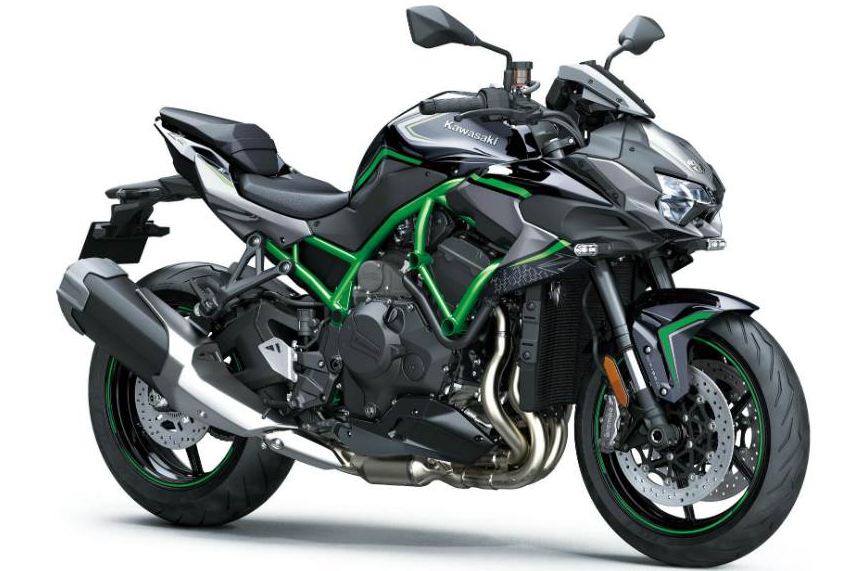 Tokyo Motor Show is at full swing and various manufacturers have unveiled new concepts and new products in the Motor Show. Kawasaki Z H2 becomes the first naked bike in the world to possess a supercharger. The company is going to begin the sales of Z H2 in the international market soon and if you are thinking about the Indian launch, it will happen only in the next year.

At the left side of the bike, you can easily spot a long black coloured air duct from the side of the headlamp that goes all the way inside the engine compartment. This duct is the suction duct for the supercharger.

The liquid-cooled, 998cc 4-cylinder engine develop insane 200bhp at 11,000 and 137Nm of twisting force at 8500rpm. These figures look like we see on the Ninja H2 however, the engine is tuned to deliver better low and mid-range torque for better drivability in the urban areas. The engine is mated to a 6-speed gearbox with two-way quickshifter for seamless gearshifts.

Kawasaki Z H2 with 200bhp is on par with the likes of MV Agusta Brutale 1000 Serie Oro which develops 212bhp and upcoming Ducati streetfighter V4 which will also pump out more than 200 horses. Ducati will soon launch the streetfighter in the Motor Show. 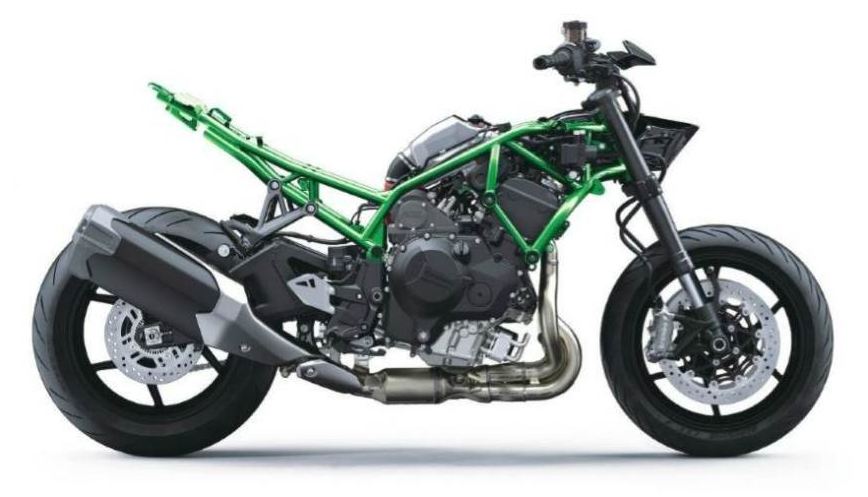 The Kawasaki Z H2 is incomplete without the aids from the top-notch electronics which will help in controlling those 200 horses. There are four riding modes – Road, Rain, Sport, and Rider through which you can customise the settings according to your taste. Along with this, there are three power settings – Full (200bhp), Mid (148bhp) and Low (98bhp).

The power mode will make sure you don’t get out of control over the surface where traction is low. There is a boon of Kawasaki Launch Control, Kawasaki Traction control as well as Cruise control for long highway hauls. 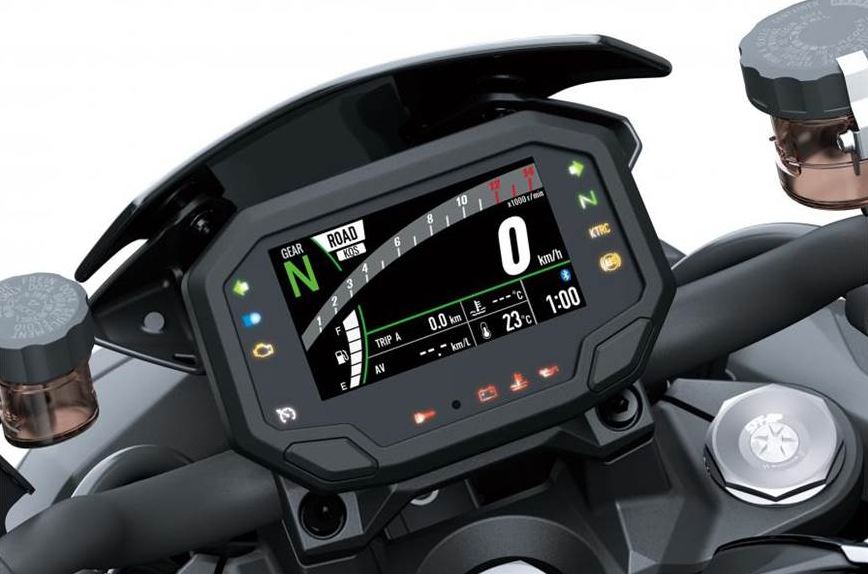 The instrument cluster of the Kawasaki Z H2 is a full-colour TFT unit that will display everything you can think of, it don’t have a heartbeat counter though. It displays usual readouts such as Speed, Tacho and trip meters along with the average and instantaneous fuel consumption, boost pressure, boost temperature, IMU indicator, KIBS indicator. We don’t understand but the company also provided an Economical Riding Indicator which will help you derive maximum kilometers per liter of fuel.

One can also connect to the Z H2 with the help of Kawasaki Rideology smartphone app. Through the app, you can access a hell lot of information like such as route travelled, total distance covered, lean angle achieved, and much more.