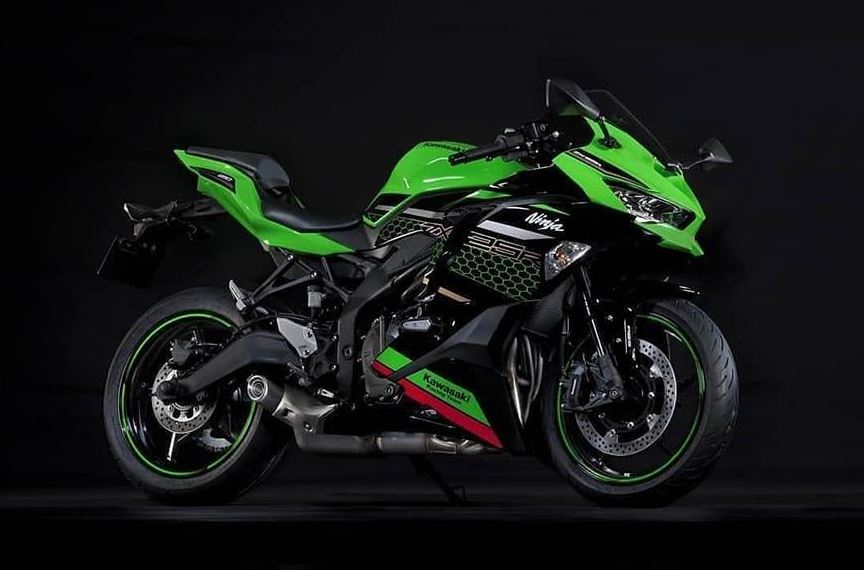 Japanese motorcycle manufacturer, Kawasaki has unveiled a new masterstroke in the form of Ninja ZX25R. Kawasaki Ninja ZX25R is a 250cc motorcycle but with an inline 4-cylinder engine. However, the power and torque numbers are not revealed yet. This model is the spiritual successor to the Kawasaki ZX250R which was on sale between 1989 and 1997.

The Kawasaki ZX250R featured a 4-cylinder 250cc engine which pumped out massive 45bhp at 15,000rpm and 24.5Nm torque at 11,500rpm. This engine was mated to a 6-speed gearbox and the bike could achieve a speedo indicated top speed of 200 kmph. At that time there was no rev limiter in the engine, hence engine could rev up to insane 19,000 rpm. That was the time when there were no stringent emission norms to deal with so engines use to run at max potential.

Speaking about the Ninja ZX25R, the power output could very well be in the range of 45bhp and not previously speculated number of 60bhp. The reason for this is that to pump out 60bhp from a 250cc engine, one needs serious MotoGP level tech and the bike would not be a street-legal unit. For the bike to follow at least Euro-4 emission norms, the power levels will lie comfortably in the above-said range.

Kawasaki can release two variants of the ZZX25R – Street Legal and Track the only model. We can expect the track-only model to deliver about 55bhp while the road-legal ZX25R have to settle with about 45 horses. Not only this, but the ZX25R will feature the highest level electronic systems to keep both the tyres planted on the road. Expect two-way quickshifter, various riding modes, IMU accompanied braking and acceleration systems.

There is no word about the launch of the bike and seriously guys don’t wait for it to come to India as it will cost more than Rs 4 lakh with CKD route. At that price, anyone would pick the Ninja 400 for its more torquey parallel twin unit.