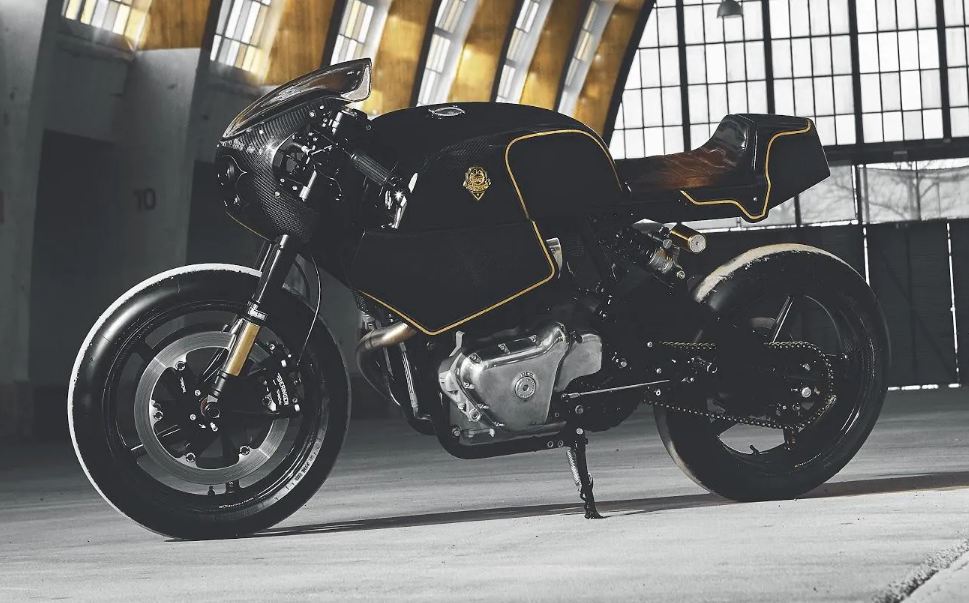 Esteemed Indian motorcycle manufacturer, Royal Enfield showcased half a dozen custom models at Wheels and Waves 2019 event in Biarritz, France. The new Royal Enfield custom bikes are built from Royal Enfield 650 twins and Himalayan 400 motorcycles. All these bikes are available on sale in India.

Chennai based company also showcased few custom bikes in Bankok Motor Show 2019. That said, there are many privately owned custom bike makers who modify Royal Enfield bikes all year round. But have you thought why Royal Enfield doesn’t ask for Royalty from these smaller customizers? And also why the company keeps on showcasing custom version of their motorcycles everywhere on the globe.

Before that let’s talk about new Royal Enfield custom bikes in the event. 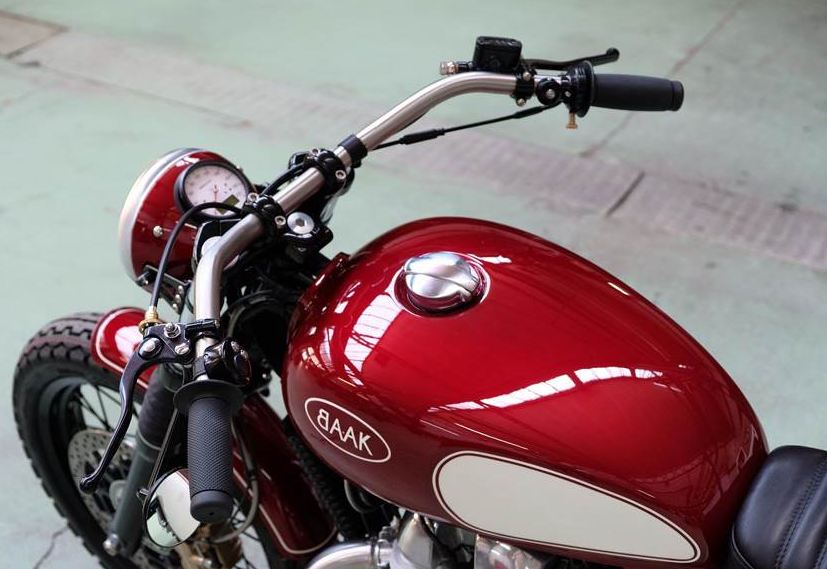 Baak Custom bike is made by both Royal Enfield and BAAK motorcyclette. This one is based on Interceptor 650 and has the same powerplant and cycle parts like the stock bike. A 1970’s design theme is given to make the bike look more elegant. Baak Custom gets a Red and White paint scheme, as well as a custom, made handlebar. Interesting thing is that is just a couple of switches on the handlebar. There is one pod instrument cluster with a small digital display. 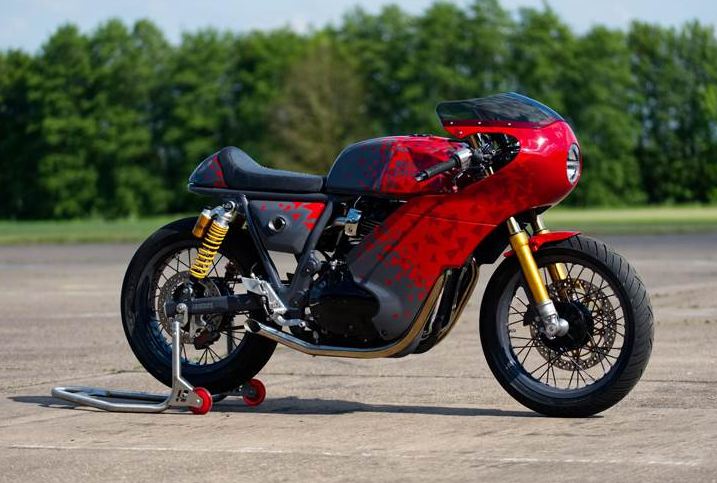 Next one is a fully faired cafe racer and is called Nought Tea GT. The bike is based on Royal Enfield Continental GT 650. The engine and Chassis is lifted from the stock model whereas Nought Tea GT gets Ohlins suspension setup and stickier tyres. Front cowling reminds us of BMW Nine T cafe motorcycle. This helps is mitigation of wind over the rider for streamlined aerodynamics. 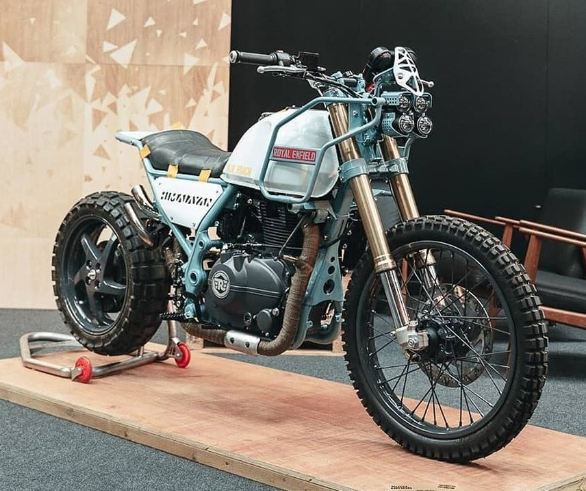 Also Read: Check out the Aftermarket Exhaust for Interceptor 650

Next entry on the list is MJR Roach which is based on the Himalayan 400 adventure tourer. This motorcycle is powered by the same engine but is turbocharged. This means it would easily put out 30-35 bhp whereas the stock bike makes just 24 bhp. Roach gets USD forks, Fat and Knobby rear tyre, and beefy forged single-sided swingarm. Isn’t this futuristic a bit.

Midas Royal is built around Royal Enfield Continental GT 650. The beautifully crafted half fairing makes the bike stand apart. Black paint with Gold stripes makes it look Royal. This Royal Enfield Custom has reduced weight and is equipped with top of the line components. Main highlight is Ohlins racing suspension setup with front USD forks. Even the Chassis is customized to hold everything together more rigidly. 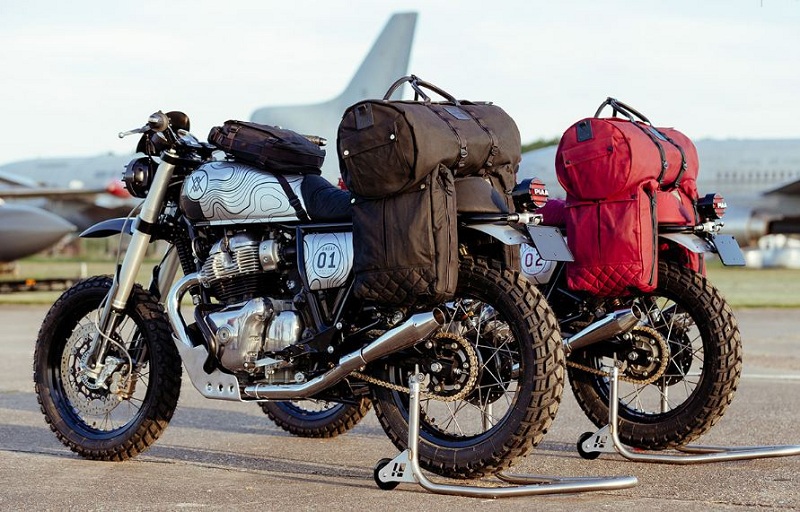 Malle Rally Royal is made out of stock Interceptor 650. This custom model is made to showcase the long distance touring potential of the Interceptor. These custom bikes were made to participate in the great Malle Rally 2019. In this rally, one has to ride end-to-end in the United Kingdom. The bikes get long travel suspension, custom Harris performance chassis parts, and other adjustments. 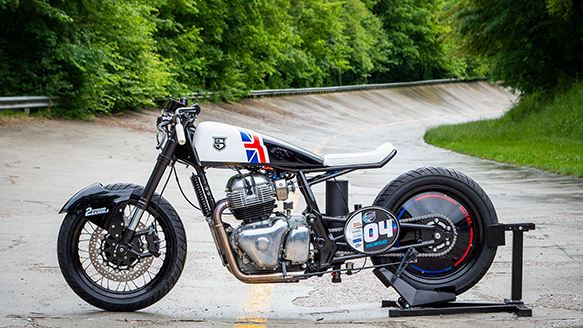 Two Smoking Barrels is made in a joint venture with Sinroja Motorcycles. The drag racer is made from Continental GT 650 to participate in the Sultans of Spirit event. The bike has shed a total of 50 kilos and now tips the scale at 150 kg. It is very much expected to slip through that drag strip.

Royal Enfield does it because their bikes are custom proof. The motorcycles can be molded into any shape you want. This also ups the image of Royal Enfield as a motorcycle manufacturer in the eyes of thousands around the globe. This makes for a better brand image in the United Kingdom, Europe as well as other parts of Asia. See, that was simple. 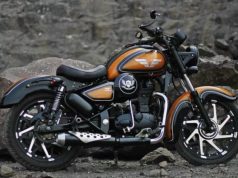 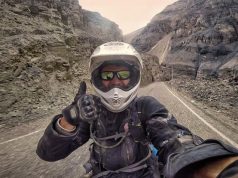 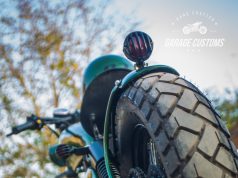 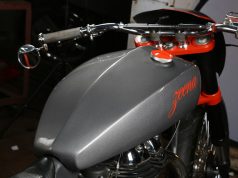