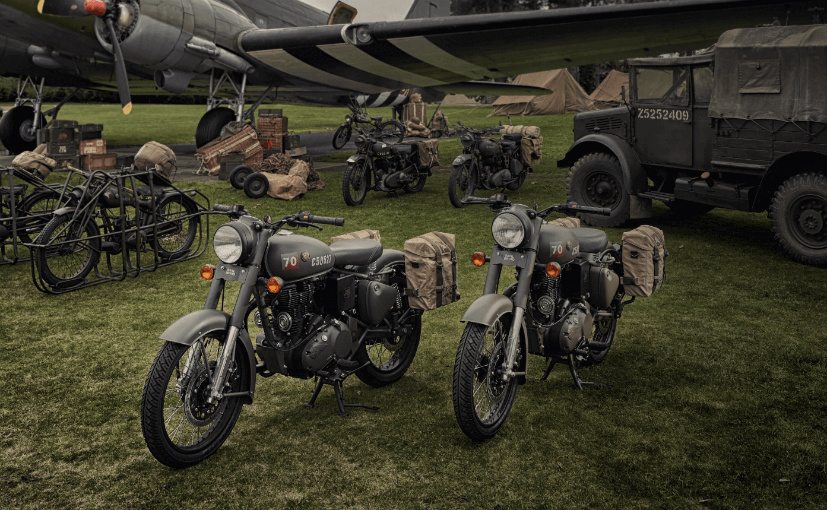 Royal Enfield Classic 350 will launch on 28th of August

Royal Enfield is about to make its brand loyalists very happy. It has sent out a various invite for an event scheduled 28th of August that reads “An ode to the Royal Enfields in service and those who ride them… Please join Rudratej Singh, President, Royal Enfield, as he takes you through our much-storied heritage with the Indian Armed Forces and the motorcycle it inspired”. Which essentially says that Royal Enfield Classic 350 is all set to launch a new Motorcycle on the 28th of this month.

The invite is easy to decode, the event is about the launch of a new colour variant for the Classic inspired by the Indian Army Corps of Signals. If that doesn’t get your hopes high up, rumours are flowing that the new Classic 350 will also support ABS! Yes, finally the much-awaited braking tech is making its way to the Classic 350. This will make the bike much safer to ride and also would look cool!

If you didn’t have any idea what does the Indian Army Corps of Signals does, it is the division that oversees military communications. The Signal Corps Edition will be offered in two matte-finished colours – brown and blue – and each bike will also feature a unique serial code just like the Classic 500 Pegasus.

The 346cc, single-cylinder, air-cooled motor, which comes with a 5-speed transmission, is good for 20PS at 5250rpm and 28Nm at 4000rpm. The suspension is taken care of by 35mm telescopic front forks and twin gas-charged shock absorbers at the rear. The braking setup will comprise of a 280mm disc up front, while the rear is likely to use the Gunmetal Grey variant’s 240mm disc.

The new variant is likely to command a price bum of around Rs 20,000 over the standard Classic 350, which is priced at Rs 1.39 lakh. So, what do you think of the new colour variant of the Classic and the inclusion of ABS? tell us in the comments below. 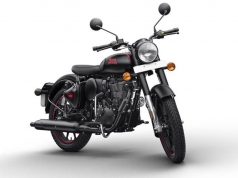 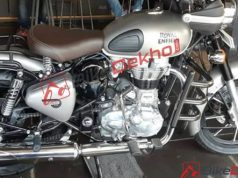 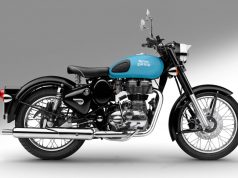 Royal Enfield Classic 350 and 500 to get Alloy Wheels 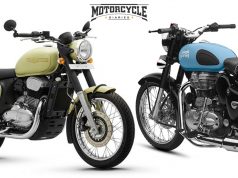