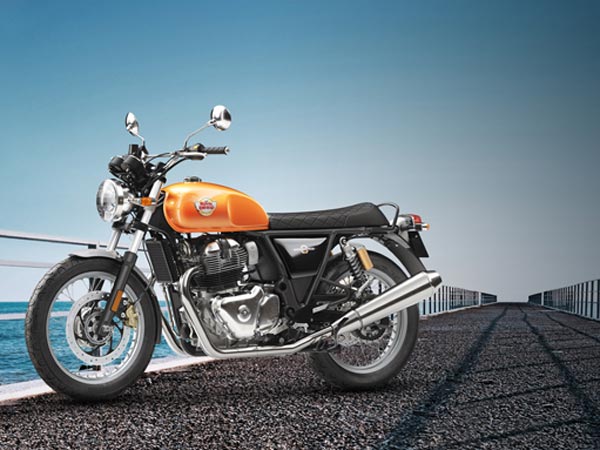 Royal Enfield Interceptor 650 is expected to arrive with a price tag of approximately INR 4 lakh.

Royal Enfield Interceptor 650: In the EICMA 2017, the earliest motorcycle production firm in the world, Royal Enfield declared the international introduction of the all-new 650 cc bikes – the Interceptor and Continental GT650. Both bikes will start by April 2018. Ahead of this, one of these has been spied in India. The same as the Continental GT 650, the Interceptor 650 can be powered by the organization’s brand new twin cylinder 650 cc engine. This motor was specially developed to power new creation of Royal Enfield bikes which is launched in the next several years, beginning out from the Interceptor and Continental 650. These two bikes will be started in April 2018. From June 2018, Royal Enfield states it’ll be accessible across the world. Why the title ‘Interceptor’?

Powered from the air-oil chilled parallel 650 Twin, the Interceptor is a trove of ’60s design principles with its own 7″ headlight, twin clock along with quilted twin chair. The slim teardrop tank has been slapped with a timeless badge and topped with a Monza-style gas cap. A double-cradle frame having a back loop constitutes the center, by means of a nod to the first Interceptor. The Interceptor exudes a flexible, laid attitude using its upright riding posture. And its suspension has been designed for precise, instantaneous handling whilst remaining light and nimble. Interesting, under your hands – states Royal Enfield. Three color options are available – Ravishing Red, Orange Crush, and Silver Spectre.

And it is forcing two Royal Enfield classic bikes – the Interceptor and the Continental GT. While classically styled and aesthetically amazing, the new engine is Royal Enfield’s most forward-looking, however, using a cleaner, more elegant appearance, fewer parts, less weight and simpler maintenance.