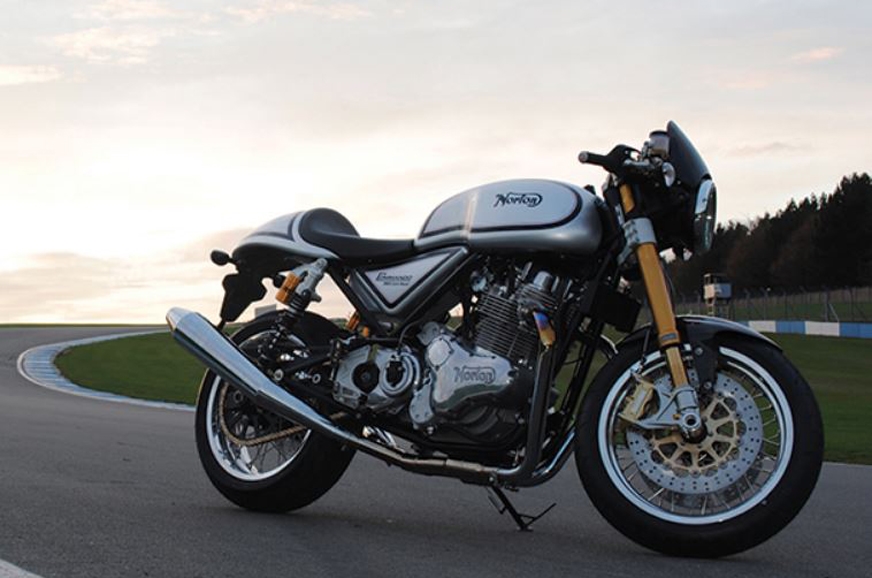 Norton-Motoroyale JV: After the very first glance at EICMA 2017 at Milan, Italy, Norton Motorcycles and Kinetic Group have made their venture official at an event in New Delhi today. Stuart Garner, who’s also the CEO of the company that was revived, owns Norton, the mythical UK-based manufacturer. In its JV, it’ll be seen ASEAN markets as well as joining forces with Motoroyale, Kinetic Group’s exotic motorcycle umbrella, to appeal to India. The JV — a 51:49 divide between Motoroyale and Norton Motorcycles, respectively will constitute manufacturing operations sales and, finally too. Norton’s prerogative is going to be to design and engineer its own bikes while continuing to possess and share its own intellectual property (the Norton brand, design, heritage references and so on). Homologation, localization and production support will probably be Motoroyale contributions to this JV. The Norton-Motoroyale JV aims to sell around 2,000 units in India within the next two to three decades and is currently eyeing 10-14 percentage of the motorcycle market share. Once manufacturing at the Ahmednagar plant of Kinetic starts by the end of 2018, including exports to ASEAN countries, the JV targets 4,000-5,000 unit earnings.

The JV’s first bike will be and will go on sale in India by March 2018. By the end of 2018, Norton-Motoroyale will begin production of this Commando and launches of Commando 961 Cafe Racer, this Commando 961 Sport, Dominator Sport and the DomiRacer will follow this in the years to follow.