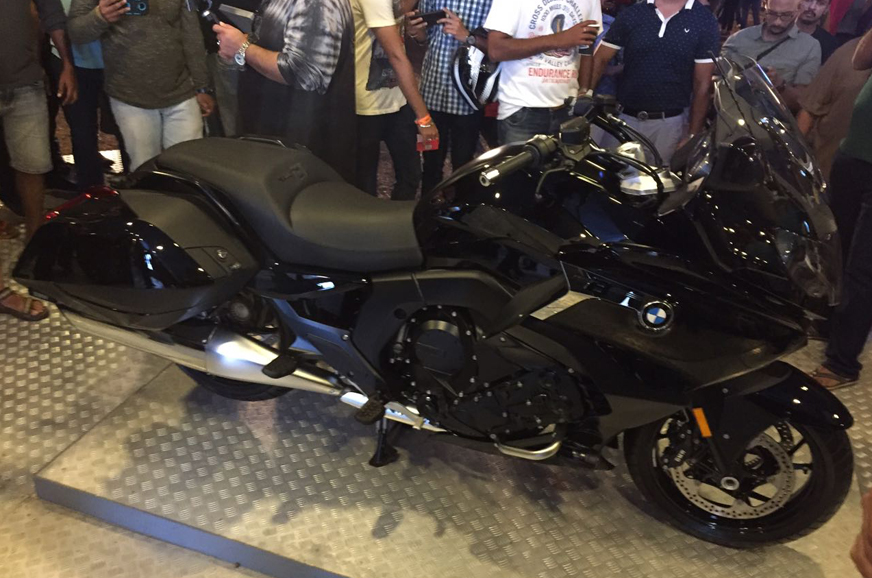 Most improved version of bikes cannot be better than BMW K 1600 B, R NineT Racer

BMW K 1600 B, R NineT Racer: BMW Motorrad has launched its own K 1600 B, priced at Rs 29 lakh, and its own R nineT Racer at Rs 17.30 lakh (ex-showroom, Delhi) in the 2017 India Bike Week. The bikes are the R nineT which are already on sale in India and variations of the K 1600 GTL. Brought in as completely built units (CBU), deliveries of the models are anticipated to begin after next month. First revealed in October 2016, the K 1600 B has a chopped windscreen and a back that is swooping to give it a sleeker version of the bagger silhouette that is typical. The German marque has reworked wind deflectors that were updated and the fairings to provide improved wind and weather protection, bettering that of the other K 1600 versions. Like its own K 1600 sisters, the Bagger is powered by a 1,649cc, inline-six, liquid-cooled engine producing 160hp at 7,750rpm and 175Nm of torque at 5,250rpm, and can be conducive to a six-speed gearbox.

The Duolever system carries out suspension duties up front, which is made up of a central spring strut, and the Paralever suspension in the rear with a monoshock. The K 1600 B comes specced with many different electronic rider aids like the digital suspension with version. It has Alter Assistant Guru for downshifts and clutchless up, three riding manners along with BMW’s Dynamic Traction Control. The R nineT Racer sports handlebars a classic half fairing and footpegs. Some of the bits that come with the R nineT have been eliminated in favor of more traditional ones. The racer uses a 43mm telescopic fork rather than an upside down fork on the model that is normal and the brakes are mounted four-piston ones compared to the leading brake calipers. The R nineT Racer also has five-spoke 17-inch cast metal wheels plus an instrument cluster with an analogue speedometer and tachometer. The 1,170cc, air-cooled, fighter twin generating 110hp at 116Nm and 7,750 rpm of torque is the same as the standard R nineT. Aids include ABS as standard and automatic stability control as an extra.