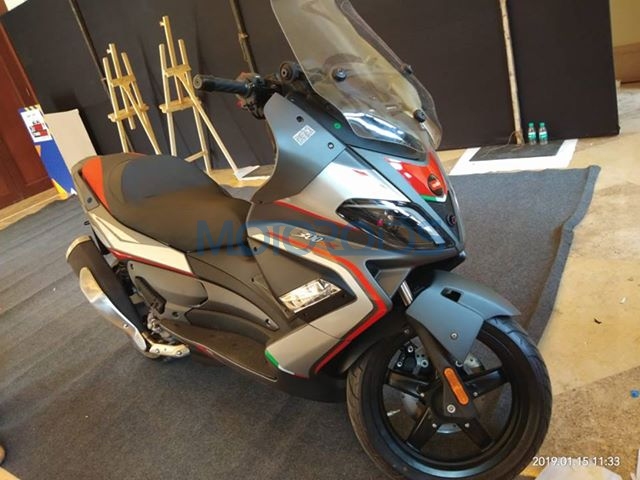 Is Aprilia hiding something from us? SR Max 300 Scooter and STX 150 was spotted in Goa

The high capacity Italian scooter was spotted in Goa during dealers’ meet in Goa. SR Max 300 is a scooter which is built for long highway rides. Not impressed? SR Max 300 is powered by a liquid-cooled, 278 cc single-cylinder engine which pumps out 22 bhp @7500 rpm and 23 Nm @6000 rpm. Transmission is conventional CVT like the one you get in your Activa. This motor packs quite a punch, don’t you think so? This is the same engine which is used in Vespa GTS 300 scooter.

Thick 35 mm telescopic forks hold a 15-inch front wheel which is wrapped with 120/70 section rubber and the rear wheel is 14-inch with 140/60 section tyre. Braking is taken care by discs on both ends. 260 mm is at the front and 240 mm is on the rear wheel. There is a well under the couch, I mean there is a lot of space under the seat. The fuel tank holds 15.5 liters of juice which will give it an appreciating range. 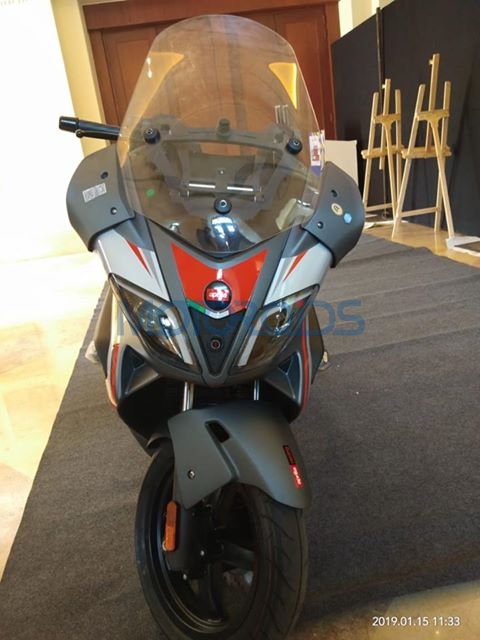 After 165 cc Kinetic Blaze, we now have to settle with 125 cc Suzuki Burgman Street, which is only maxi-scooter available in the country. I hope Aprilia is planning to launch this scooter here in India. The price, well, will be over Rs 3 Lakh when considered import as CKD unit.

Aprilia STX 150 is a commuter motorcycle 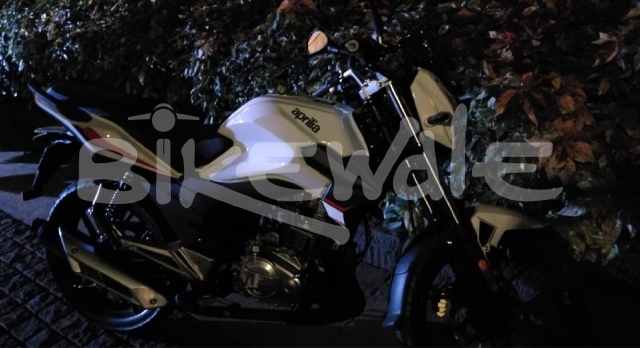 Another Aprilia two-wheeler spotted was a 150 cc commuter motorcycle. STX 150 is powered by a 149 cc single-cylinder, air-cooled motor. This motor will produce around 12-13 bhp, commuter-ish standard power and will mainly focus on delivering commendable fuel-efficiency. In my opinion, this bike will only degrade Aprilia‘s image as a sports bike manufacturer and also cannot get the numbers because of fierce competition from well settled 150 cc commuter bikes from Hero, Bajaj, Yamaha, and Honda.

Aprilia must instead launch what they showcased in the Auto-Expo last year, SR 150 and Tuono 150. SR 150 was also spotted in Goa, I’ll save it for another article. Stay Tuned for more from the motorcycling world.

Aprilia 150 twins launch shelved for now, to focus on BS6 compliancy of the Scooters 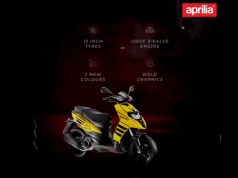 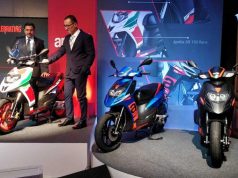 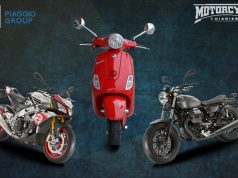