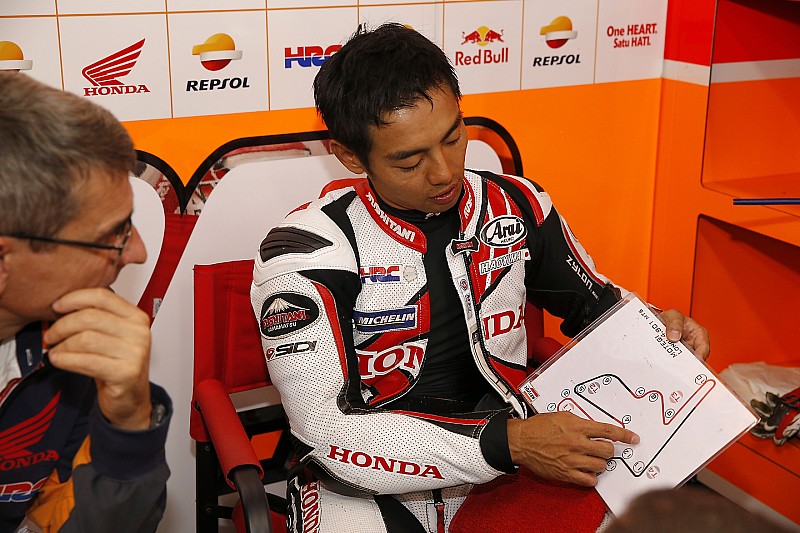 Aoyama has experience that is extensive, having hurried four seasons since making his debut in the premier class back in 2010. Since 2015 that the rider was an HRC test rider and involved in the development of the Honda RC213V this weekend at Motegi race.

Rabat heads to Motegi this weekend determined to build on his points scoring finish out last time in Aragon. The Spaniard has stood on the podium at Japan double in the intermediate class and is confident that he and his crew can quickly find a functioning set up for its demanding nature of their Motegi circuit, which features more heavy braking areas than any other circuit on the MotoGP calendar. Motegi MotoGP 2017: “Firstly I want to wish Jack a speedy recovery and I hope he is going to be fit to race in his home Grand Prix at Phillip Island. I expect that I can do a fantastic job for both Jack and the staff in Motegi although it’s never nice to replace an injured rider. In addition, I want to thank Team Estrella Galicia 0,0 Marc VDS and Michael Bartholemy for giving me the opportunity to race in the front of the Japanese fans. I haven’t raced yet this season, so it is going to take some time to get back the feeling. The simple fact that I know a good deal of the team, having worked in the past with them, will help a good deal, as will having a rider with Tito’s experience. I’m excited about the weekend ahead!”

“Given that our situation, I’m fairly satisfied with the past 3 races, especially Aragon where I finished nearer to the winner despite a challenging weekend. We head into the three flyaway races and our aim is clear; to do and also to pick up as many points as you can. Motegi is a tricky circuit with a great deal of heavy flying, but I am confident that together with my crew we can quickly find a good set up and push to get a great qualifying place, which can be so important on this a stop and go track layout.”

“Firstly I want to say a big thank you for Hiroshi for stepping in at the last minute to replace Jack in Motegi and to HRC for arranging everything at such short notice. I am excited about welcoming Hiroshi this weekend. It will not be new for him, since he’s worked with many of our technical staff thus we start from a position that is good. I am sure he’ll do a good job for us this weekend and that I hope he enjoys this opportunity to race once again. Tito’s feeling with the bike, particularly front, has improved considerably this year and which will be critical that weekend in Motegi, where the emphasis is very much on heavy braking.”