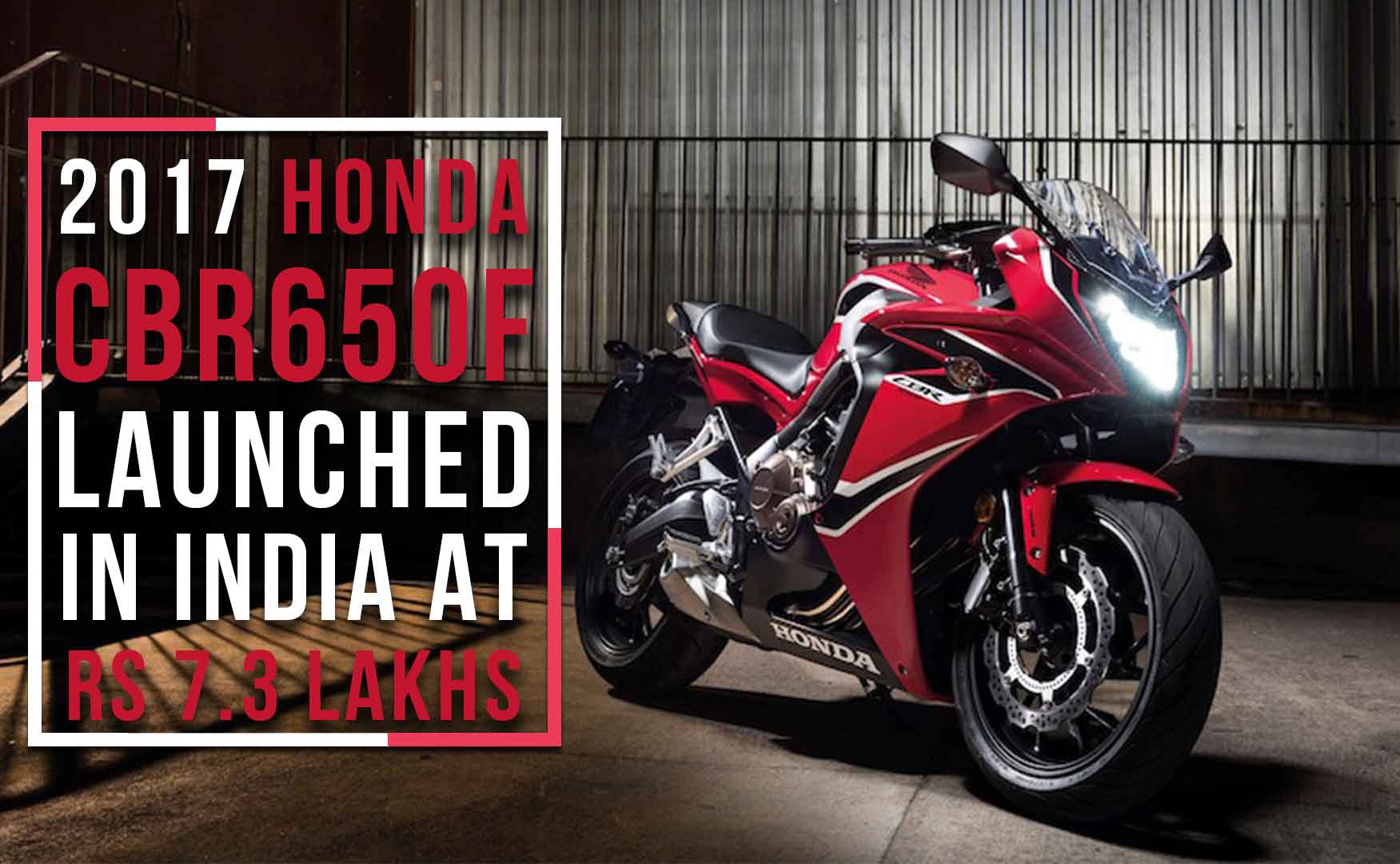 2017 Honda CBR650F: Honda has given the CBF650R a serious update for 2017 and we are thrilled to see that the business has managed to keep the same Rs 7.3 lakh ex-showroom Delhi cost as the old version. Updates to the bicycle are significant and we will start with the most significant, the Showa Bending Valve forks that are newest. The CBR650F continues to provide its wheel-mounted front discs that remove the need for a disk carrier. The 2017 model also receives sintered brake pads and gets two-piston Nissin calipers biting back on the 320mm discs.

The global bike has obtained a rise of 4hp to get a total of 90hp the Honda India website lists the bicycle at the 86hp. Torque also seems to have fallen marginally from the prior 62.9Nm to 60.5Nm. Once we find from the company, we will update the story. That which we understand has changed in the engine is an intake valve in addition to an internal structure for the muffler rather than the previous triple-pass design. This ought to give the bike a note, something that the previous bike. The gearing has been revised and is shorter from second to fifth gear, which should further boost. The visual change comes in the kind of a brand new headlamp which should offer a stronger throw of light. The fairing gets smaller side panels, showing off more of the motor instances, which get a finish. Honda has tweaked the riding position too and the pubs sit around 13mm lower than before, creating a slightly more sporty riding position. The visual changes in the rear round off. The 650 comes in Matte Gunpowder Black Metallic, Millennium Red, and 2 color schemes. Bookings are now open for the CBR650F at all Honda Wing World showrooms and we’ll update this space once we get an indication of just how long it should be before deliveries commence. While it’s a shame India does not get the little power increase, we believe that it should make the bike more engaging to ride and that this is a serious update. How Honda has kept the price is the icing on the cake along with a movement worth applauding.