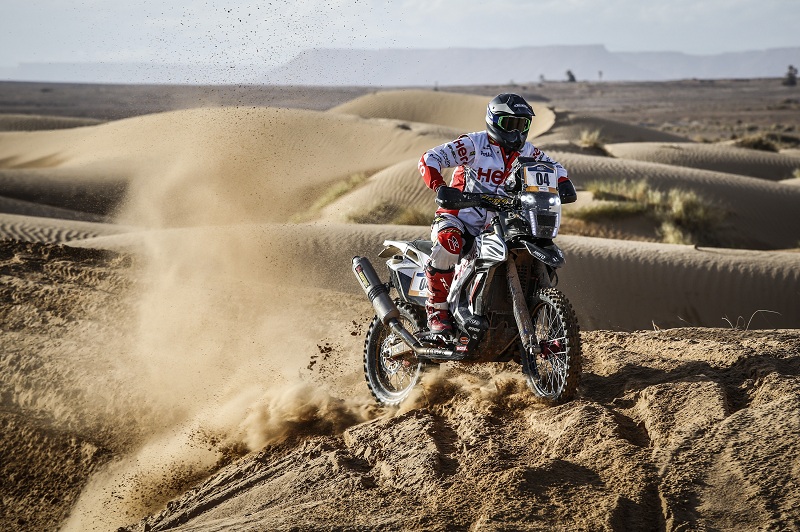 In January 2019, Hero Motorsports team Rally took part in the world’s most difficult rally raid, the Dakar Rally. Now the team kick starts the 2019 edition of Merzouga Rally. Hero’s team is lead by Oriol Mena and Joaquim Rodrigues. Oriol and Joaquim also jumped over sands for Hero in Dakar Rally 2019. If you are wondering about CS Santosh, he is still recovering from the injuries caused by an unfortunate crash in Dakar 2019. CS Santosh will only hit the dirt when he is returned to full fitness.

All the competitors were allowed a free practice run of 38 km after all the scrutiny and the administrative checks. This practice run was given so that riders can get the taste of the terrain, environment as well as their equipment. In order to set a starting order, a 2 km prologue was held. Hero’s Joaquim and Oriol finished 5th and 8th position respectively.

Oriol Mena, Rider, Hero MotoSports Team Rally said, “Looks like it’s going to be a difficult race, especially looking at how bad the weather has been in the past few days we’ve been here. Today we had a short prologue of 1.8 km in softs sands with deep lines. I am happy with how I rode today and looking forward to the full stage tomorrow. It’s just the first day of the race, so we’ll see it through day by day.”

Joaquim Rodrigues, Rider, Hero MotoSports Team Rally said, “I’m happy to be riding again. It’s our first race after the Dakar and I am feeling good. I think it’s going to be a really hard rally, especially in navigation, so my aim will be to get across the finish line tomorrow and then we’ll see how it goes from there.”

The Merzouga rally has good enough terrain to become a training ground for the teams to train their riders for Dakar Rally of the coming year. 2019 edition of Merzouga rally is touted as tougher and technical demanding rally when compared to previous years events. The rally will cover a distance of around 1200 km with 750 km of that being special terrain. There will be 5 stages spanning from April 1st to April 5th, 2019.

The results of the Prologue Stage