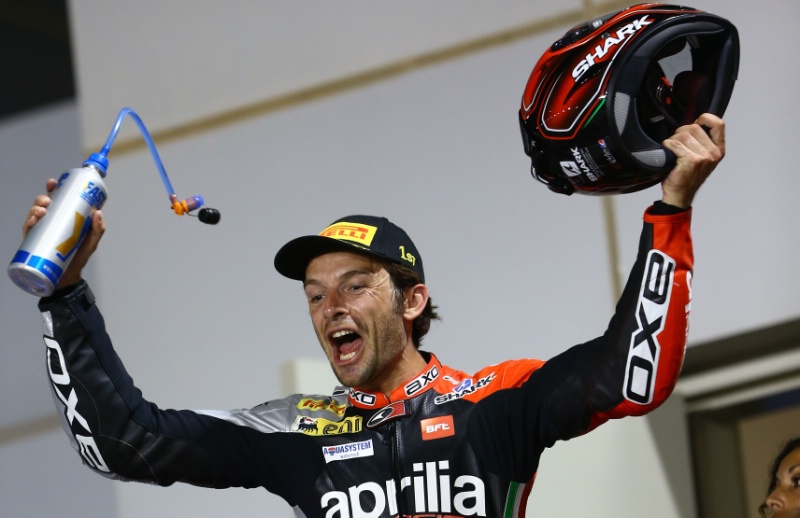 Sylvain Guintoli scored his first podium of the 2016 season today, taking his Honda CBR1000RR Fireblade SP to third place in the first of two 12th round World Superbike championship races at Magny-Cours in France.

His Pata Honda team-mate, Michael van der Mark, also put in two stunning performances, starting from 15th place on the grid and taking fourth place in each of today’s races, both of which were won by Jonathan Rea.

Guintoli was relishing the prospect of a wet race after yesterday’s rain failed to dry overnight and he was duly rewarded with a damp 4.411km track this morning. Starting from fifth place on the grid, the 33-year-old delighted the partisan crowd with a good start and kept in touch with the leaders, passing Chaz Davies for third and never looking back.

The French rider was not so confident with his dry set-up but those were the conditions as race two began. After another strong start, Guintoli settled into a relatively lonely sixth place and brought his CBR home for a solid points haul.

Van der Mark endured a difficult qualifying session yesterday at Magny-Cours and ended up on the outside of the fifth row of the grid. However, superb starts in both races allowed him to get close to the leading riders in both wet and dry conditions. In race two particularly, the 22-year-old Dutch ace showed impressive pace by riding around the outside of Leon Haslam on to the back straight at Magny-Cours. Van der Mark’s times in the closing laps of the race matched those of the podium finishers and he takes renewed confidence into the final round of the season at Losail in Qatar in two weeks.