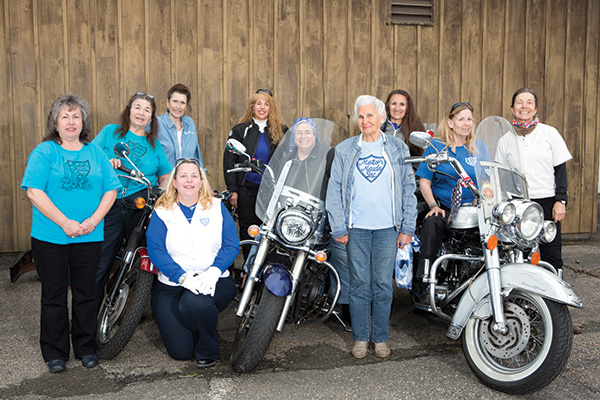 Gloria struck being one of the oldest rider of Motor Maid Motorcycle Organization is celebrating her breakthrough as she enjoyed her life riding her bikes for thousands of kilometers and is still riding 2004 Harley Davidson at the age of 90. Recently Gloria glorified her journey of 74 years of riding by taking her daughter and  granddaughter for a bike ride into New Brunswick alongside her.

She’s been a Motor Maid for almost 70 years and says she started riding a bike back when it wasn’t proper.

“In my day not many women rode. In fact going to Florida I was refused gas, I was refused a room. You were trash if you were a woman riding a motorcycle.”

She says, not anymore, thanks in part to the Motor Maids. The group is celebrating their 75th anniversary and now have 1,300 members.

The barrier between woman and bike has been crushed by this group of free spirits from all across North America.

Catherine Lawrence from Fredericton helped organize the Moncton convention and joined the club a few years ago.

“It was started by Linda Dugeau and Dot Robinson and in 1940 they just wanted to find other women that rode,” she said. “So they went across at that time it was the States to find like-minded women and they found 50 of them and started Motors Maids.” Years later, Struck is carrying on that tradition within her own family. Her daughter, Lori Desilva and granddaughter, Kathy Desilva rode into New Brunswick alongside her.

Lori says they’re trying to keep up with their mentor.

“Seventy-four years riding, that’s amazing and now my daughter is riding for the first time it’s just something that I never thought would happen,” she said.

“I just bought my bike. I picked it out on Tuesday, I picked it up on Wednesday, Thursday and Friday and we left Saturday morning to come to New Brunswick, Canada,” Kathy said.

“She got on that bike and she rode like she’s been riding for years,” Struck said proudly. At 90 years old she says there’s plenty of miles left in her.

“When I am 100, I am considering doing a cross-country on two wheels and I don’t think anybody has ever done that, God willing.”

I hope all of us are planning to set records like her in the history of women biking.