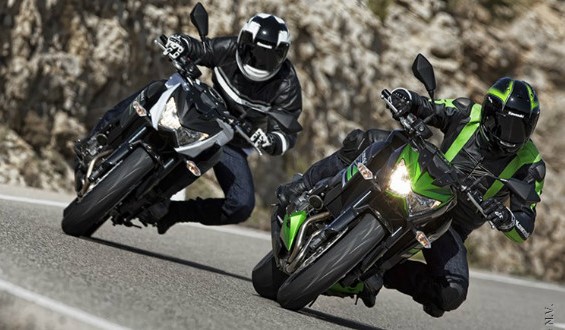 Z800 is the follow-up of Z750. Z series ruled equally amazing as Ninja and W series did. The Kawasaki Z800 is the second naked motorcycle introduced in Indian market from the Japanese two-wheeler manufacturer. Kawasaki’s Z800 is the number-one-selling street model in Europe since its 2013 debut abroad. Featuring an 806cc inline-four motor, the European Z800 comes in two versions: Kawasaki Ninja Z800 and 2013 Kawasaki Ninja Z800e.

The 2016 Kawasaki Z800 is priced at Rs 8.05 lakh (ex-showroom Delhi) and Rs 7.90 lakh (ex-showroom Pune). The models will be serviced at the Probiking service centres at Pune and Delhi and is only available in Metallic Spark Black with Kawasaki green accents which brings something unique within its class. The new model has maintained the traits of its predecessor i.e. the aggressive styling along with an amply powered motor and is sure to please the naked bike lovers. The new Kawasaki Z800 ABS is a 4-cylinder motorcycle in the streetfighter/standard style. Its abundant low-range torque, excellent fuelling and throttle response along with fluid clutch and shift action made it pleasing relaxed to ride. Short shifting up through the six-speed box and coming to a smooth stop at the subsequent red light will be smooth as knife through butter. The 2016 machine benefits from all the modern conveniences you’d expect, including fuel-injection, a digital dash, ABS and the sharp, modern styling for which Team Green’s ‘Z’ bikes are eminent. All new 2016 Z800 is powered with high-tensile steel backbone and steel swingarm with cast aluminium engine subframe. These parts help to keep the bike pointed exactly where you want it to go. The 2016 Kawasaki Z800 has carved turns with grace. It is easy to ride as well you can lean your motorbike with the same comfort and ease. The Z800 also features Nissin’s lightweight ABS unit as standard equipment. In the rear, a 216mm single petal-style rotor is clamped by a single-pot calliper which is quite interesting!

The only niggle is related to its seat which it bit convex and it hurts after a long ride. For more information about the motorbike click here: Kawasaki Z800