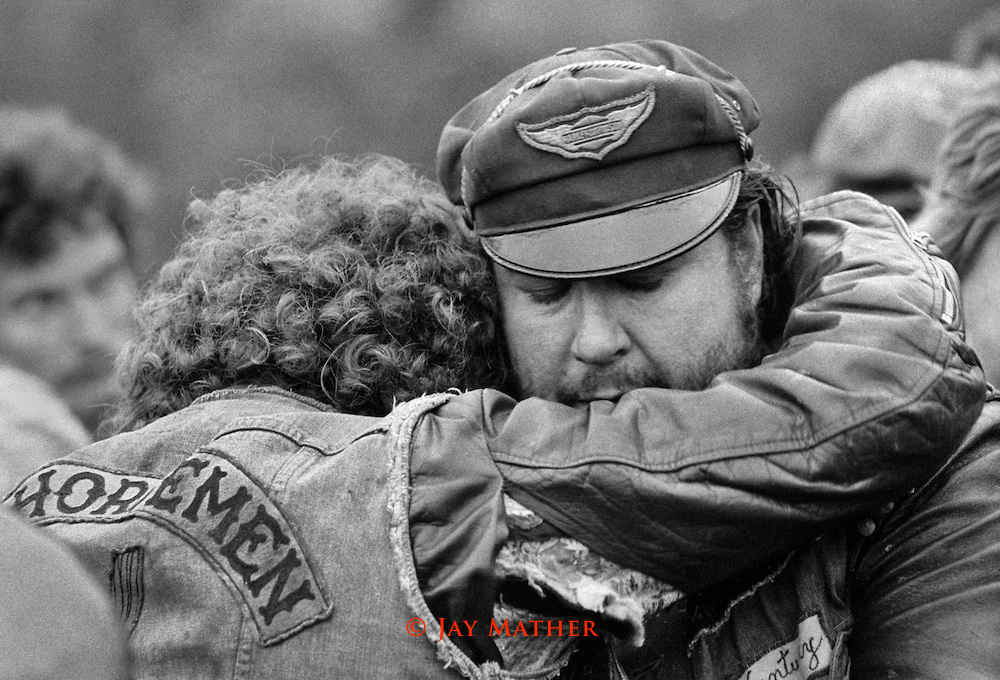 Its seems exiting when we see rider groups enervating same colour of jackets on vintage or cruse machines with heavy canters on both side of a rear swingram who planned to go long and long with no sort of worries in their mind as if they are born to ride capturing all the natural elegance.

Eighty percent of the people riding motorcycle and club they all belong to are law-abiding. One of the Motorcycle club falls in the same line of genus named ‘IRON HORSEMAN’ motorcycle club which was born in the mid-1960s and founded in Cincinnati Ohio, United States. But this club have chapters in 12 states including  Pennsylvania, Tennessee, Indiana, California, Kentucky, Maine, New Jersey and New York. The FBI calls the horseman a “one percent” outlaw motorcycle club. The word ‘outlaw’ itself carries a specific meaning which does not imply immediate criminal intent; rather it means the club is not sanctioned by the American Motorcyclist Association(AMA) and does not adhere to the AMA’s rules. The suits complains that the club sells adult beverages to the members and the clubhouse “interferes with the public right to health, safety, peace and comfort, thereby creating a public nuisance.”

The law suits also named this gang as “Criminal gang” which is considered as one of the most outrageous gang in the nation. In Victoria, horseman club has two chapters formed in Melbourne in 1969. Its “Brotherhood” and the outlaw gang prides itself on its club colours. They lash out members who attract unwanted attention and those who try to defect other clubs or those who try to opt out of the scene altogether. Police arrested three Iron Horsemen for beating an off duty police officer to death and assaulting another on April 20, 1997. The attacks took place on two different occasions at bars in Hollywood, Maryland.

The DEA and ATF investigated the club for over a year and carried out the final raids on March 12, 2008. During these raids, they arrested a total of 29 people and seized 10 kilos of cocaine, 600 pounds of marijuana, AK-47s, AR-15s, handguns and $37,000 in cash. The case was known as “Operation Trojan Horse” One of the member named Harry W.Seavey Jr. killed during a gun battle  outside JD’s honkey tonk and Emporium in which two undercover officers were injured and one of iron horseman’s was shot in the foot. Seavey is the horseman motorcycle gang member to be fatally shot in a police raid, On june 15 Thomas Mayne, a member of the outlaw was killed in old orchid beach when he fired fedral agents who were trying to arrest him. One  of its member Juan(Which is not his real name) sentenced to five years of prison for drug dealing recently in an interview he told that he began his riding in 1968 when earned the patch of horseman. ‘Sharon Smith of Dallas Motorcycle Lifestyle Examiner’ Describes that he is one and only kind hearted and truly dedicated to the patch he owned. He can even throw himself in front of a bullet  to show his brotherhood to save another patch holder, basically his aim is not to protect the man but the patch which itself represents everything.  Actually he doesn’t wear the patch, patch wears him. The tough old biker who lost all his iron brothers is now a mountain lover and in the sheds of  dark and silent peaks, far above the ground. Now a days he is not well and was surviving on medical marijuana from Colorado dispenser as he recently quit drinking and partying. He has pistols, bows, arrows, knives, sward and sawed of shot gun in his collection which he carries in the left pocket of his slicks and this pistol is the lightest and most concealable pistol in the world. In a recent interview and article on Business Insider he voiced that even at this age if he get chance of going back in his old life style of adventure and excitement he won’t hesitate ones to live those moments again.

Looking at his collection and his spirit one can easily identify how passionate and outlaw biker he was.