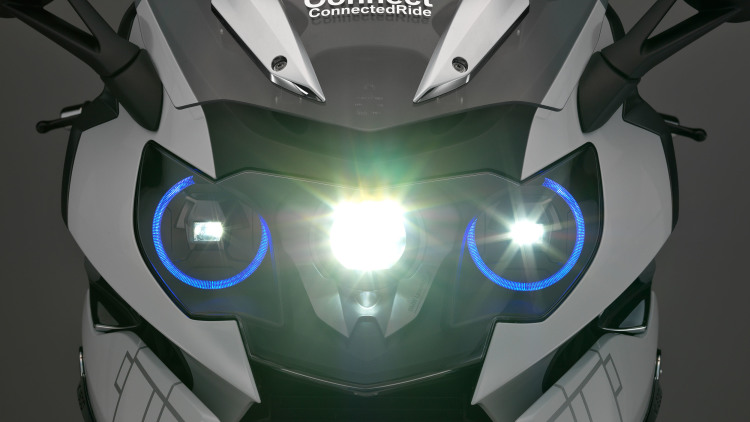 BMW has replaced xenon, halogen and LEDs headlights with laser lights. BMW disclosed that they are introducing new laser light headlight system to the motorcycle world at the Consumer Electronics Show at Las Vegas.

The concept laser headlight on the bike is only a test for now, but fundamental development is in progress. BMW modified a K1600 GTL to highlight the LEDs laser headlight. BMW Laserlight will have double power and efficiency than that of headlights containing conventional technology. They are small in size, great in power, consume less operating energy and looks damn cool.

In the laser headlight, the beams of light are bundled together to attain a luminous intensity that is ten times greater than conventional light sources such as halogen, xenon or LED. BMW Laserlight has a visual range of up to 600 metres, twice that of a headlight with conventional light technology. So motorcyclists who frequently choose treacherous roads has got a new assistance for their ride. We have always been told that laser light can make someone go blind. So does it mean that looking into these laser headlight can take away our eyesight?

No, as stated by BMW the beam patern of these laserlight work so brilliantly that it will not injure your eyes because the way the beam energy is directed, then reflected and ultimately displayed out of the headlight housing.  In more simple terms, BMW laserlight takes the coherent and monochromatic blue laser beams and transforms them into harmless white light.

The laser headlight is also equipped with automatic headlight range control to keep the beam of light at a pre-set level, no matter whether the vehicle is driving uphill or downhill, whether it is fully laden or whether the driver is the sole occupant. The outstanding illumination range of the BMW Laserlight will facilitates even better visibility and enhanced foresight when riding in the dark. The result is a relaxed and comfortable ride and increased safety on the road. 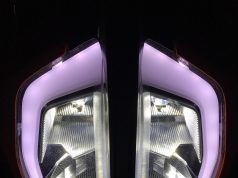 Why are LED headlights better for your motorcycle!