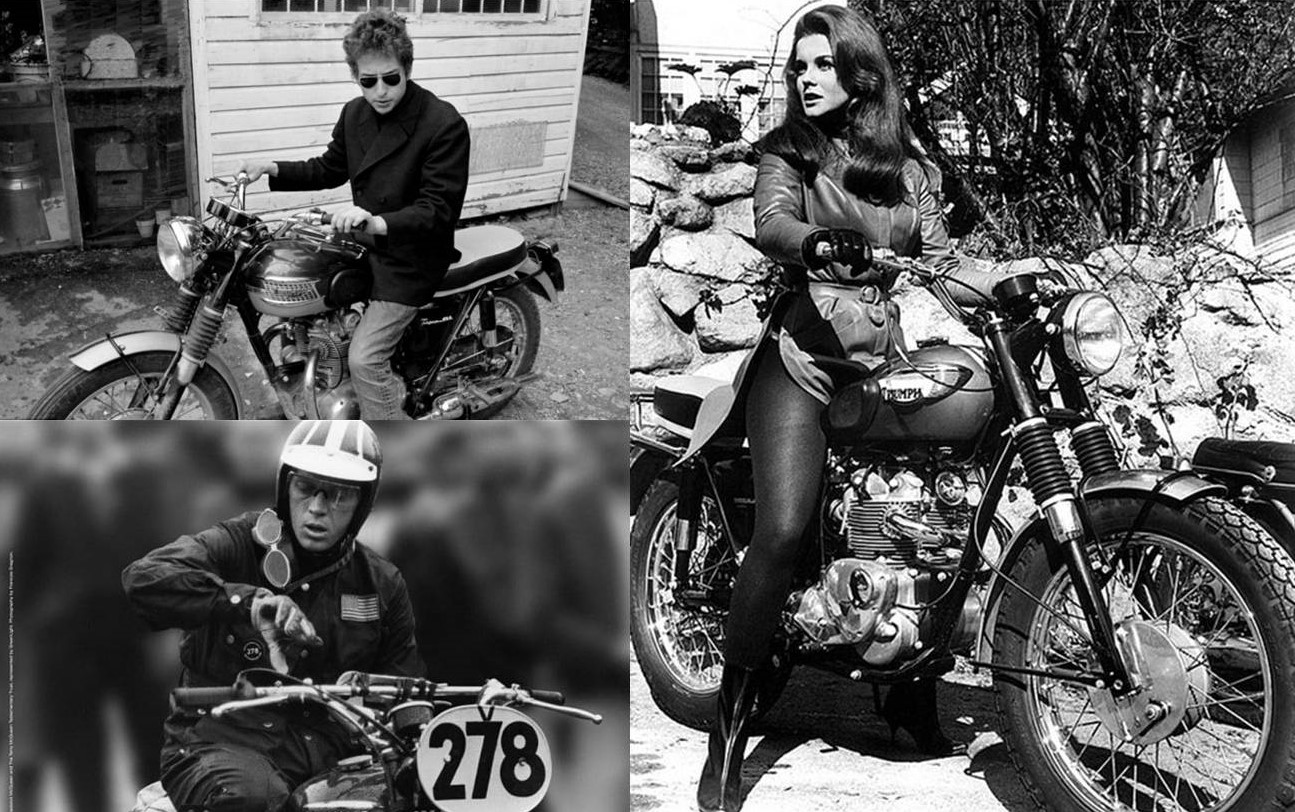 Motorcycles have always been celebrated across the globe. For quite some time, I have been noticing articles on celebrities with their expensive motorcycles but today lets zoom on superstars from 1900s who rode Triumph.

It makes sense right? Triumph was established in 1900s, so why not to introduce you to superstars from that age who rode Triumph. One thing is understood that no matter the person is a famous celebrity, all of us are passionate and obsessive about our this belongings.

McQueen was at his happiest on a bike. He has been regularly celebrated for not only his riding in The Great Escape but also he was a real motorcyclist rather than a “Wild One”. McQueen’s career went stratospheric and he became the highest-paid actor in the world. He and group of his motorcyclists friends were allowed to participate as a team in International Six Days Trial (ISDT) in 1964. She is a Swedish-American actress, singer, dancer and is an avid motorcyclist. She also often appeared riding motorcycles in movies. Her roles has earned her five Golden Glove Awards, two Academy Award nominations, two Grammies, an six Emmy awards. She rode a 500 cc Triumph T100C Tiger motorcycle in The Swinger (1966) which was one of her most known part and used the same model, fitted with a non-standard electric starter, in her stage show and her TV specials. A keen motorcyclist, she was featured in Triumph Motorcycles‘ official advertisements in the 1960s. She suffered three broken ribs and a fractured shoulder when she was thrown off a motorcycle she was riding in rural Minnesota in 2000. Dylan and his Triumph days have the most dramatic story of all. After his first motorcycle, Harley 45, he jumped onto Triumph T100 Daytona 500 in 1964. The Triumph must have given him a needed break from his resounding fame at the age of 23. 1966, it was announced that he had suffered injuries after ‘locking up the brakes’ on his Tiger 100. Dylan’s music was implicitly political but after the accident his music became more personal, less political, as he explored blues and country music. The crash ultimately changed his outlook on life, and impacted his music. 14 year-old tested its limits every chance he could, His first experiences with a motorized two-wheeled vehicle. The less known fact, he was always into motorcycle, from his teen till the time he passed away. Motorcycles of James Dean, the first and the last, additions and subtraction. From CZ 125 to Royal Enfield 500, after Enfield broke down en-route, he promptly traded it in for an Indian. The last bike he rode before he died was Triumph TR5 Trophy. He is remembered as a cultural icon of teenage disillusionment and social estrangement, as expressed in the title of his most celebrated film, Rebel Without a Cause. He became the first actor to receive a posthumous Academy Award nomination for Best Actor After zooming into their passion for motorcycle, we hope you have gathered a lot of information about the stars from 1900s and their intense desire for motorcycles.