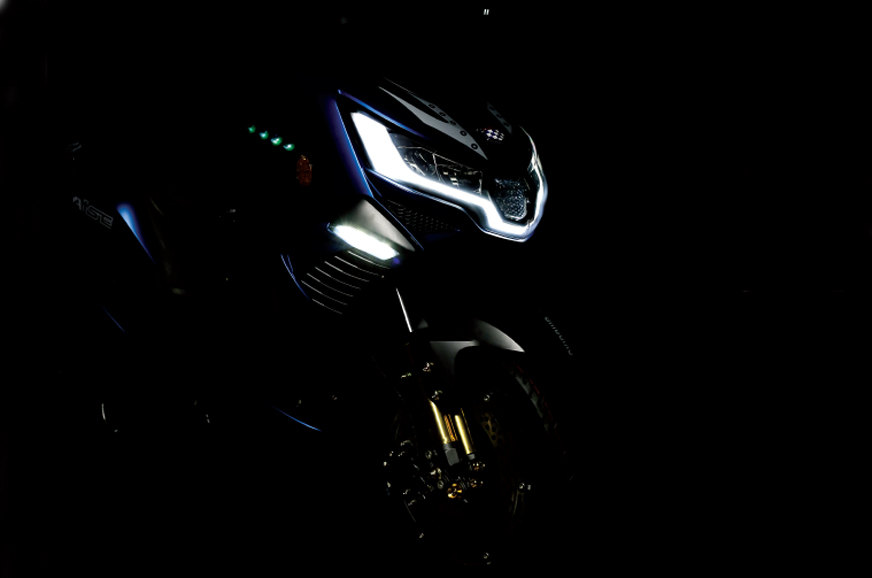 Okinawa Praised: Second E- Scooter of the brand is launching in December

Okinawa Praised: Okinawa Scooters will establish its second e-scooter by the second week of December 2017, India, at New Delhi. The Praise will be a premium e-scooter with ambitions that are sporty and will come to match. Adhering to this year, the Ridge, which was launched in January, the Praise aims to be ‘the ever built’, in the words of its manufacturer.

It’s evident that the Praise features a sporty front end that houses a headlight unit underlined by a sweeping LED DRL. The apron incorporates horizontal slats atop which rests a LED light add, as an additional element and extends into its sides.

The handlebar cowl features the handlebar and turns signs has bar-end weights. Not only does the Praise get a fork like the Ridge, but in addition, it receives. The teaser also indicates a larger-sized front wheel compared to the Ridge (shod with 10-inch wheels) but that will be confirmed at the time of launch. Okinawa asserts the Praise will be India’s fastest e-scooter and this indicates its top speed will probably be in excess of 60kph, at least (that the Ridge has a claimed top speed of 55kph). Okinawa also asserts its range to be the highest claimed the range of the Hero Electric Wave DX.

The Praise has detectors, an anti-theft detector in the main rack and also Combi wheels, which can be a popular feature on scooters in which the use of the brake participates the brake into an abysmal degree.

Pre-bookings for the Okinawa Praise begin tomorrow and we all expect it to be priced at Rs 49,000 since it offers better performance and equipment than the Ridge, which is priced at Rs 43,702 (ex-showroom, Delhi).