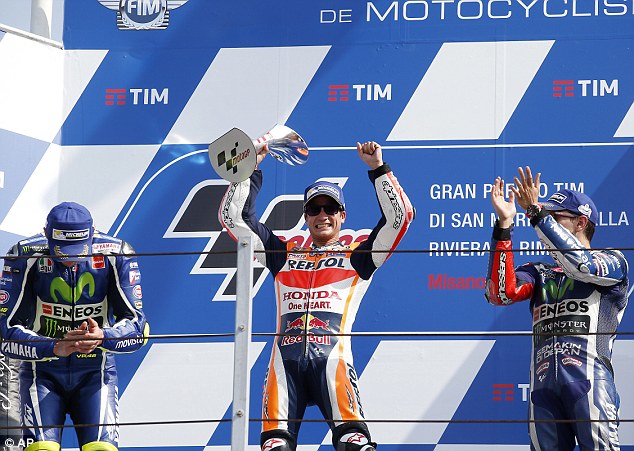 The oldest of all motorsports.

Its first annual competition held in 1949 and since then audience are raving bonkers for it with its limitless energy, legendary performances, extraordinary champions and the adrenaline rush we feel. It’s experience is unmatchable and no other motorsport could entertain their fans and people across the world like Grand Prix did. From Eddie Lawson to Wayne Rainey, from Valentino Rossi to Marc Marquez, each one of them could gather millions of fans and cheerers for them. We tried to sum up MotoGP journey in a short video, how it started and how this seems like a never ending story…

Since Sepang 2015, it was a long wait for Dani Pedrosa. He won the San Marino MotoGP from eight on the grid and became MotoGP eight different race winner in a row. Followed by Valentino Rossi, Jorge Lorenzo and Marc Marquez. Though the standings of this season are:

This season was the most and least expected, as each of them tried hard to give back the results to their fans, friends and families for the support they got throughout.

Marquez suffered a tough race but Dani took him and Lorenzo and then Vallentino, one by one. Dani said “I just tried to focus on my rhythm. I didn’t have many options in the beginning, but once i was fourth I was on my own and i wasn’t really losing or recovering. I new I could do a good race but little by little I could see I could start to catch. I didn’t think about the victory until 10 laps to go…I wasn’t thinking about the win, but then I realized I could catch Valentino. Once I got my rhythm with Marc and Jorge I knew that if I wanted to go with Valentino, I had to pass. I was worried at the start of the race because I’d never used this tyre in the hot conditions – only in the morning. But my feeling was good. On the start grid I was a bit nervous knowing I was the only one of us with that tyre choice but once I started I knew it was better for me. Vallentino gave his best shot till the end and was still confident about his victory as he was little aggressive in the race and it is expected as it was his home circuit. Marquez was not comfortable and free in the race. He was not in form and the charisma was missing which we got use to. But he still was successful and lead the race. Lorenzo was confident in the first lap and his struggle with Rossi was entertaining. It felt like he regained his charm back again and is set to put the track on fire soon. This journey of MotoGP 2016 has amused us in all possible ways. Aggression, confidence, spirit and never giving up attitude of all our champions always leave us wondering about the possibilities of when and how things can shape in this championship. 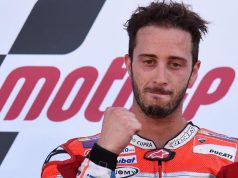