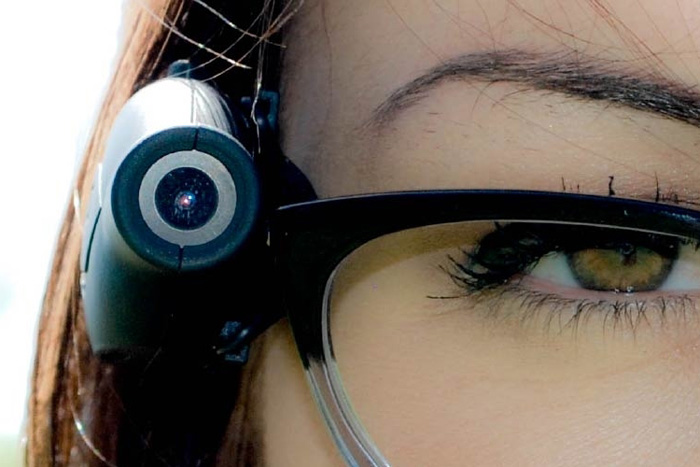 Even if your own camera man follows you to every practice, scrimmage or game he doesn’t have the proper skill or the equipment to capture what you actually want and definitely can’t capture what you see which a go-pro can. But do you feel really comfortable while strapping a boxy camera on your head while doing stunts from your superbike or being a adrenaline junkie or a chef,? I don’t think so, come and be the part of evolution and capture every moment completely hands free! Meet the GECO MARK II the world’s first glasses mounted action camera. The idea of video eyeglass and sunglass sounds so fascinating at the first. The Geco Mark II is described as “the world’s smallest HD action cam”. When we see all kind of action cams in the past this Geco mark II is a different species in the forest. This action camera can be mounted on any pair of glasses. The Geco is made for simplicity. It aims to make operation as quick and easy as possible since it weighs about 0.63 ounces or 18grms making the camera light enough not to distort the axis of one’s glasses and is designed in an elliptical shape to follow the curvature of your face and to attach stems of any standard pair of glasses. Geco is little bit big in size but don’t let size be an issue, it can record 720p in both 30 and 60fps and 1080p @60fps making it a terrific option for those who want first person video with a single tactile button that allows you to start recoding in seconds. Tactile button is a LED situated on the inner side of the Geco that will light up when the device power on and start recording. Geco also allows you to cover 100degree view angle for a panoramic effect with a perfect combination of fisheye and traditional angles. Moreover Geco has worked hard to optimize the Geco system and ensure all components work synergistically and work smoothly due to optimal combination of their CPU and their video recording chip resulting in no corruption of data or loss of frame. Each Geco Mark II comes with a standard mini USB cable capable to transfer its full 60minutes with 720p and 45minutes with 1080p recording from the camera to external device. Geco comes with a waterproof case complete with tripod screw and a mounting setup for underwater goggles, allowing those who want to shoot video underwater to get in on the action. There are also Velcro mounting strips, as well as a “pivoting action mount” for harsher situations. This is the chance to get rid from those 3D-printers.The Geco Mark II’s various prototypes have been build with the aid of 3D printers proving to be both expensive and time consuming. The Indiegogo pledges is being used to manufacture Geco on a mass scale allowing them to keep the price low while still maintaining a high quality product. 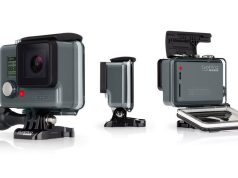