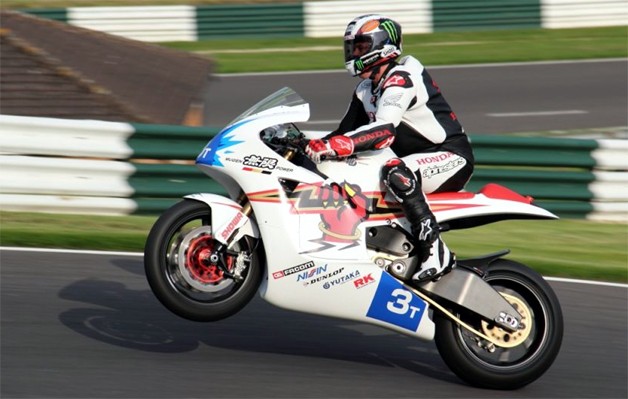 Motorcycles are a blast to ride and with their excellent fuel economy and low insurance rates they are actually budget friendly as well. The huge amount of torque that electric motor provide make them fun to ride. Their light weight offers the potential for better sharp handling which makes them ideal for electric powertrains. Unfortunately, much like the electric car market, electric bike market isn’t taking the world by storm. There are number of companies building and selling bikes, but even the most successful ones are only the minor players in the market.

M-TEC presented its new electric motorcycle, the Mugen ShindenSAN, which is the third prototype after Mugen shinden and Mugen Shinden Ni which is also known for “God Of Elecricity”. The English  translation of the word Shinden is ‘it’s build two of them’. Out on track the Shinden isn’t tough to ride and acts more like the world’s fastest twist and go, with no petrol engine sound in your ears. There’s an ocean of linear torque at your right wrist where you just need to accelerate and just accelerate with a kind of on/off throttle response. We all lust from a machine with such engine.

Earlier today, John McGuinness completed his single lap time in 19:17:300 it means he averaged an astonishing 117.366mph by destroying the existing lap record of 109:675mph which was set last year by Micheal Rutter at Motoczysz and he now be known as  21st Isle of Man TT victory, claiming the top step in the TT Zero electric motorcycle race. Shinden looks like a normal racing machine but its few features make it unique and terrific, as it has a big emergency red button on the tail unit isolates the power in an emergency which still make 100% torque when you accidently tweak the throttle when picking it up.

With so much instant torque and smooth spread of power you don’t need gears or a clutch to slow or speed up, you just twist and go. For rear brakes you just need to pull lever where clutch is usually found. 239kg Shinden empowered with 370+ volt Li-ion battery with  oil cooled 3-phase brushless electric motor(build in Mungen’s Tokyo factory) which draws power from its huge lithium battery via inverter which turns DC power into AC. A single moving electro-magnetic rotor spins when current is passed through it along with internal gearing which reduces the final drive ratio. Do you know inspite of such a huge battery why Mugen is known for light weighted sport machine?

Mugen’s is light coz of its twin spar reinforced polymer(CRFP) frames and Fireblade style swingarm which are made from carbon fiber providing an excellent backdrop of its fuel tank, cover seat unit and mudguard. The motor is mounted low in the carbon chassis,right behind the battery case.