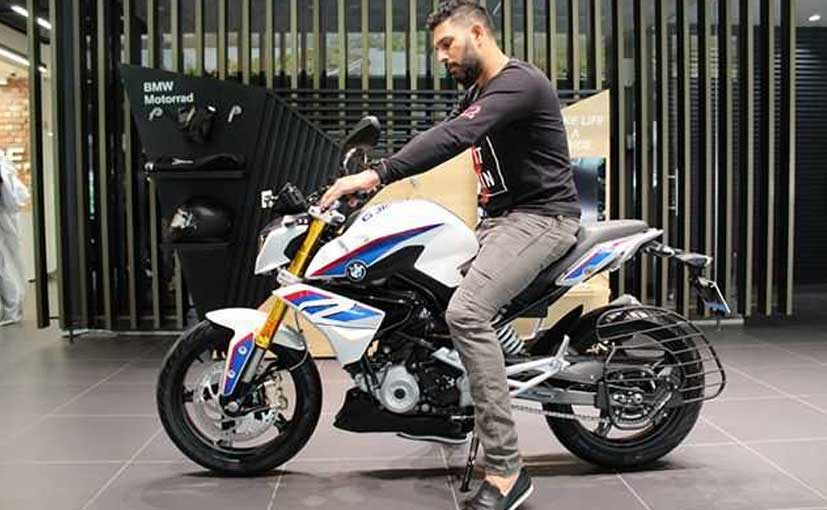 Yuvraj Singh buys himself a BMW G310R and becomes first Indian celebrity to own the bike.

Yuvraj Singh becomes the first celebrity in India to buy the newly launched BMW G310R naked streetfighter. The Indian cricketer took delivery of the bike from Chandigarh based BMW Krishna Automobiles. Yuvraj Singh has been known for his passion for exotic cars and bikes and this BMW G310R becomes the latest entrant in his garage.

BMW Motorrad launched the G310R and its adventure tourer sibling G310 GS in Indian market months ago after lot of waiting. Both the bikes come as most affordable BMW offerings in India. With local production, BMW Motorrad has been able to keep pricing of these two models lower. The BMW G310R comes priced at Rs 2.99 lakh and G310 GS is priced at Rs 3.49 lakh (ex-showroom, Delhi). BMW G310R competes with tough rivals like KTM 390 Duke, Bajaj Dominar 400, Mahindra Mojo and Benelli TNT 300. 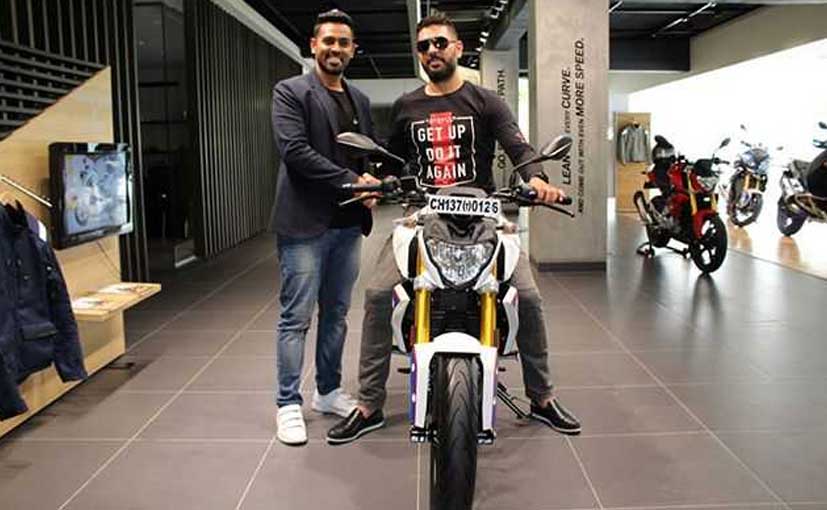 BMW Motorrad has been a late entrant in the Indian premium motorcycle market compared to other brands. However, the German company has grabbed attention pretty fast and thanks to the launch of G310R and G310 GS, it has been able to lure a significant number of young generation buyers who contribute a large chunk of the total premium bike sales in India.

Speaking about the BMW G310R, the bike shares several components, chassis and powertrain with its adventure tourer sibling. The engine is also shared by TVS Apache RR 310. This 313cc single-cylinder, liquid-cooled engine is mated to a 6-speed transmission and it churns out 34 bhp of peak power at 9,500 rpm and 28 Nm of peak torque at 7,500 rpm. This bike can run at a top speed of 143 kmph.