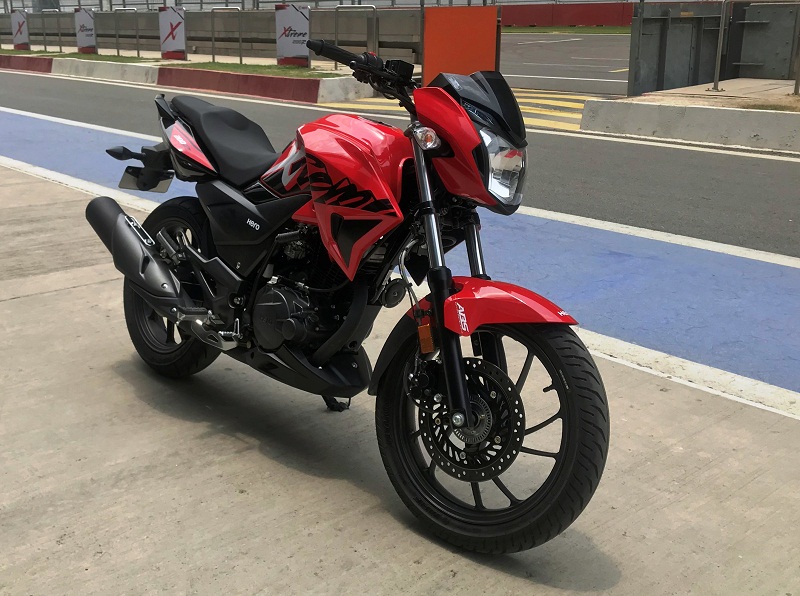 Hero Xtreme 200R is now available at an attractive price tag of Rs 89,000 (ex showroom Delhi). In fact its aggressive pricing makes it the most affordable ABS equipped motorcycle in the country. The current onslaught from TVS, Honda, Bajaj, Yamaha and Suzuki has been threatening for Hero Motocorp, but the brand still has powerful presence in the rural sector.

Aiming for a chunk of the urban youngster pie, Xtreme 200R will be a critical product for Hero team. The new bike was previewed at the BIC racetrack proving its performance quotient. With positive reviews for the product, but criticism for launch timing, Hero has launched the bike with deliveries to start shortly.

With no shortage of capable commuters in the category, Xtreme 200R has a performance edge. It comes with a 199.6cc, air cooled, single cylinder with 2 valves, carburetor fed engine that produces 18bhp at 8,000rpm and a peak torque figure of 17.1Nm at 6,500rpm.

These are not very impressive when you compare other 200cc capacity motorcycle, but then all of them cost much more then the Xtreme 200R. Also the offering of a single channel anti-lock braking system is an added advantage increasing safety for the rider and pillion. We think the large Xtreme on the sides looks a bit tacky, but the colours on offer are pretty good.

Hero Motocorp wants to position it as a sporty machine and they rightly worked a lot on its suspension setup. It has agile handling, with help from a well sorted chassis and wide tyres for grip. And the rear brake too is a disc, which will help quicker stops before you attack a high speed corner.

And since it is a Hero, fuel efficiency is claimed to be around 40kpl which is decent enough for how it rides. Service and spares are never an issue with Hero, yet we believe Hero Motorcorp should improve user experience if they want to attract performance attracted buyers. 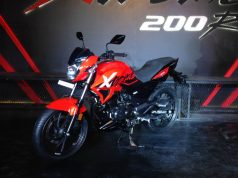