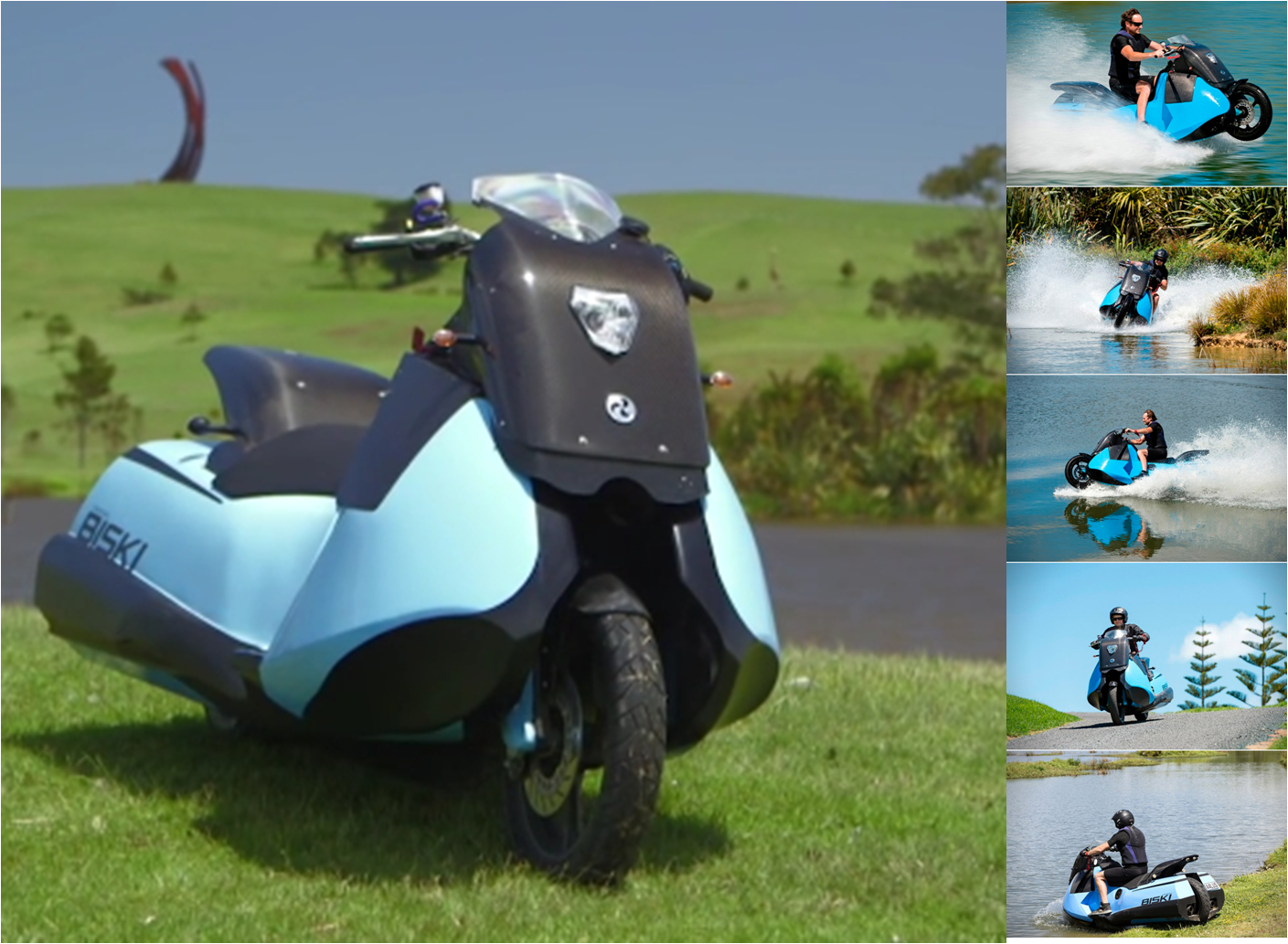 The Gibbs sports, the company that’s came with Can-Am Spyder, has designed and is almost ready to launch an awesome combo for all motorcycle and personal watercraft lovers. Yes, what you heared is absolutely right . Gibbs sports plans to share a lot of key features with the initial jaw-dropping Quadski. A motorbike with a chassis that floats and two wheels which retract at the touch when its driven on water. Gliding through the waves with ease and speed on a soaring jetski and a motorcycle that gives you complete thrill of adventure which can be experienced on same vehicle be it on water or land. Feel the winds and refreshing salt water. You can have everything you need for an easy ride right by your side with this brand-new Gibbs Biski.

This was debuted at AIMexpo and revieled few of its features. We can tell you that Biski is a 55hp machine and its twin cylinder machine is rated at 55 horse power, capable of reaching speeds of upto 80mph on land, and even better riding on water with a non slouching speed of 37mph.

The conversion between both the modes happens with a mere push of a button with a wait of 5 minutes.

Yes, it looks little unattractive on roads because of its bigger body which is designed and given ampler space to retract when ridden over water but the bends around biski looks like it can drag the hull quite easily. Still i find that it would be useful when driven on roads.

While this is just a concept model but will rule the market once it is launched.