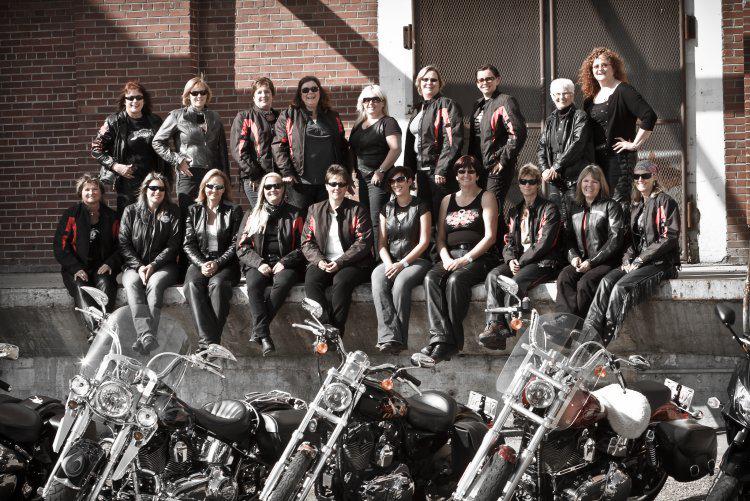 When the first motorcycle was manufactured it was not introduced with the guideline ‘ONLY FOR MEN’. Hence, women have been riding motorcycle since the late 1800s and early 1900s.

Out of which accomplishment of few women is just audacious.

In early 1900’s motorcycle were just little more than cycles with motors when motorcycles were used as a mode of transportation more than recreation. American Families were use to buy motorcycle rather than cars as the price difference in both was significant. So it was quite common for women to ride as it was the only way for transportation.

In early 1900 a Harley-Davidson motorcycle cost about $325 where on the other hand inexpensive Ford Model T car cost $850.

But after assembly-line production the car manufacturing companies got the price of their models down and then came the wave of car buyer in the market and demand of motorcycles diminished.

Since then riding was picked as a hobby and a recreation predominantly by men. But somehow women have so far managed to mark themselves in the motorcycling world.

Women who first managed to ride coast to coast and rode to the Pikes Peak were the Van Buren sisters: Augusta and Adeline Van Buren further followed by Theresa Wallach who was talked about for her long-distance riding, besides serving as a dispatch rider for the British Army during World War II and Bessie Stringfield who accomplished riding eight solo cross-country trips during 1930s and 40s. Dot Robinson continued riding and racing in 1930s,40s and 50s which widened the roads for women to be part of organized motorcycling competition. Then she wrote her name in pages of history by being the president of the first women motorcycle club. More and more women started feeling related to biking and getting associated with it. One of those is Margaret Wilson who covered 550,000 miles on her motorcycle declaring it to the world that women are no lesser than men. All these women attained their recognition with their significant contribution in the biking world for which they were rewarded an invitation from Motorcycle Hall of Fame held in Ohio.

There are other women in the list of the female riders who are marking their place. One of them if Ashley Fiolek who started riding on a 50cc minicycle at the age of 7 and at the peak of her riding career she possessed No.1 plate in Women’s Motocross Association championship what makes her story more appreciable is that she is deaf. Becky Brown is another diamond in the ornament. Becky is the founder of the motorcycle riding organization Women in the Wind(WITW). A small ad in a newspaper in 1970s drew 10 responses and gradually it touched the score of 1400 members in US enticing female riders from England and Australia too by 2000s. As per the reports the number of female motorbike owners is growing annually and in 2013 it was 12.5%. Across the globe women are getting more and more associated with motorbike.

We wish to see more and more achievements and recognitions so that we can share more tales of success with the world.