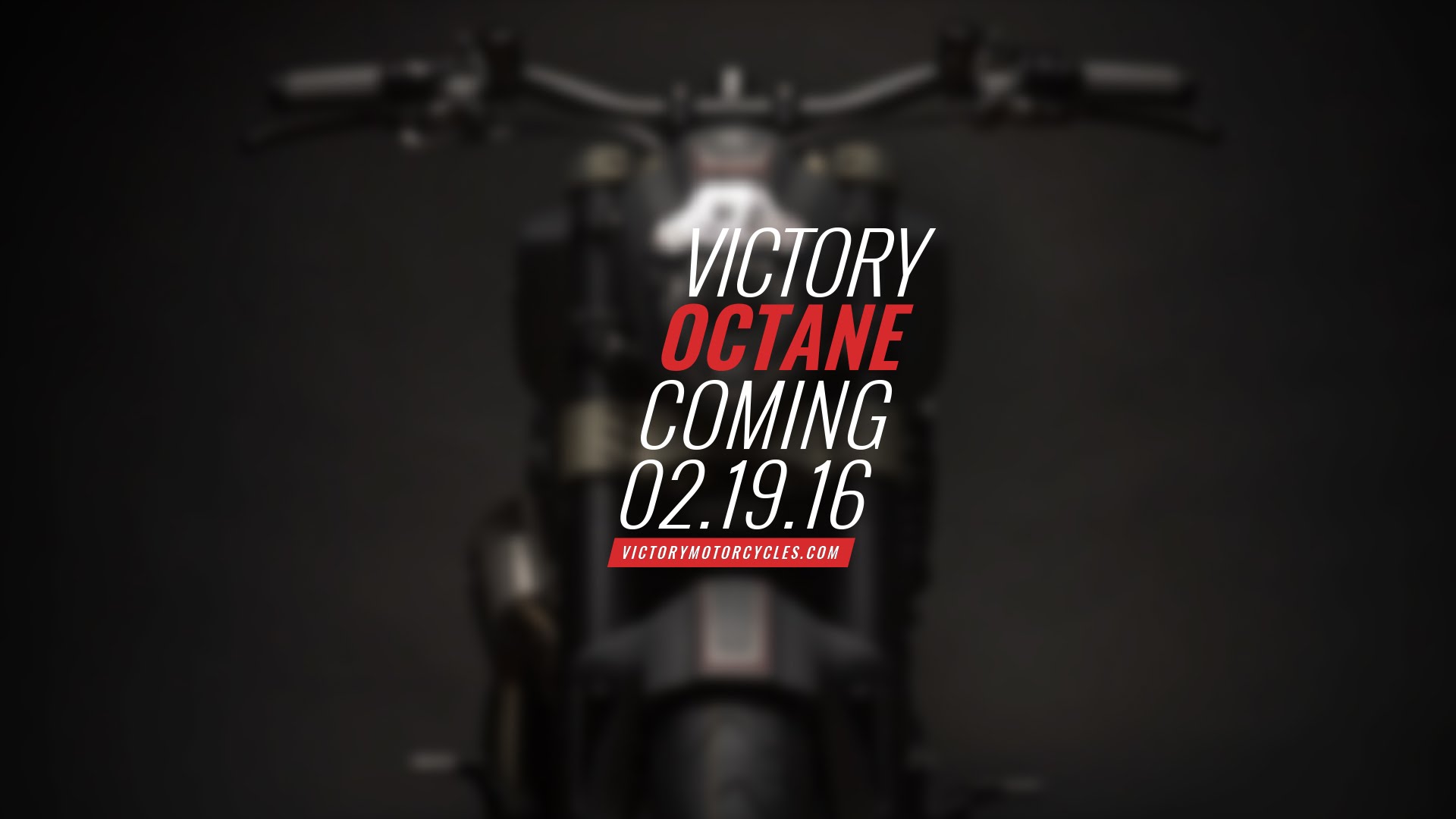 The first 8 second teaser of new Victory Octane just flashed everyone’s mind with a sense of curiosity. After the release of 5 other teasers everyone is wonderstruck with the sound of the engine and the suspense of this machine is gonna appear because everything seems to be different from rest of the vic and cruiser from the sound of the engine that is much different from rest of the victorious bikes and any other motorbike on this planet right now.

All the excitement is making sence as Victory’s team itself in the videos have ignited that.

“This thing is not like any other motorcycle. This things sounds like a great engine out of a DAMN RACE CAR”- says Zach Ness, Octane Combustion Concept.

“We conceptualise always in the back of our minds and put them into metal and steel. You will be scared to stand next to this thing” says Alex Opperman, Octane Racing Developement.

We are talking about the new Victory Octane.

A month ago Victory Motorcycles has unveiled the Ignition concept of its new model called Victory octane at EICMA motorcycle show in Milan.

Octane’s engine looks like utterly insane, its power to its performance, everything makes victory a tough competitor because of its all new 1200cc liquid-cooled 60º V-twin engine which offers versatility in American motorcycling. Ignition and Combustion are intended to show what this motor is capable of in very distinct, visual forms. The paradigm guess is that the Octane’s engine will deliver upward of 130 hp which shows that this New American Muscle will be something other than a traditional cruisers.

A round headlight and a single dial at the handlebars take the style of victor’s bike to its next level but it looks to have similar architecture to the Indian Scout 1133c engine which has also now been modified to 999cc for the new Scout Sixty.

19 February 2016 will be a special day to surprise us all when victory officially launches its new baby “octane” and we are eager to see more teasers of the Octane. Stay connected for more updates.