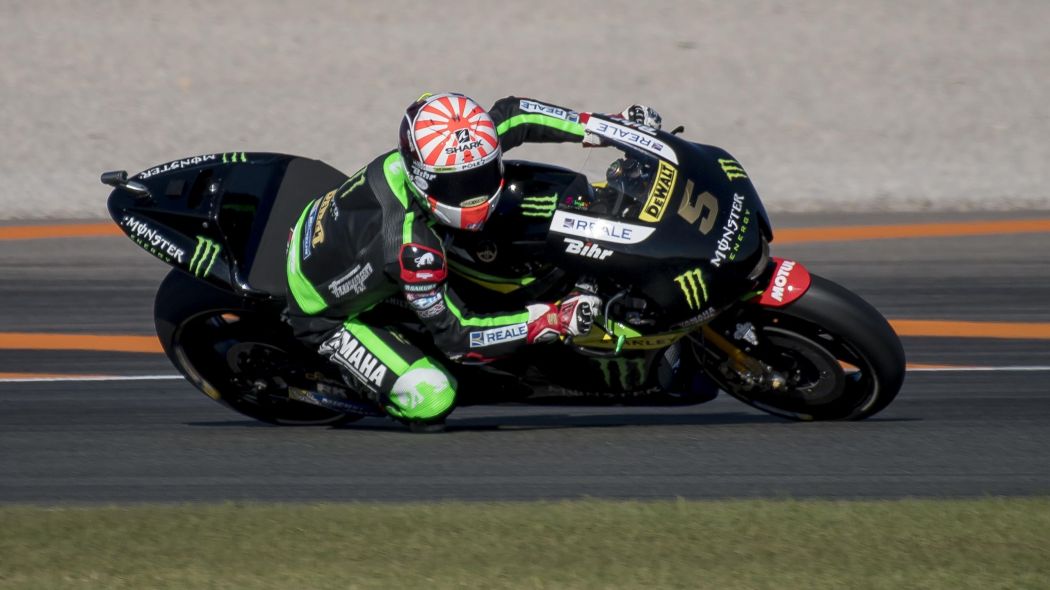 Johann Zarco of Tech 3 Yamaha took pole position after qualifying 2 at Qatar MotoGP, in the process creating a new lap record by 1/4 of a second.

Marquez was speediest on the main runs and drove on a 1m54.368s, however was then knocked off the best spot by Andrea Dovizioso, who set a 1m54.074s on his works Ducati.

Dovizioso searched useful for post heading into the last stages, however was shunted down to fifth in the last request in the midst of a late whirlwind of changes drove by Zarco and Marquez.

Danilo Petrucci set a lap only 0.005s slower than Marquez to take the last spot on the front line and wind up the best of the Ducati sprinters on his Pramac-run GP18, while LCR Honda rider Cal Crutchlow defeated Dovizioso for fourth by two thousandths.

Alex Rins finished the second line on the best of the Suzukis behind Dovizioso, in front of Dani Pedrosa’s Honda and Valentino Rossi, who was 0.709s off the pace on the speedier of the two works Yamahas.

His partner Maverick Vinales was slowest of all in Q2 and the main rider not to get inside a moment of Zarco, and will begin twelfth – behind Lorenzo’s Ducati, Jack Miller on the second Pramac machine and Andrea Iannone’s Suzuki.

While Vinales was the most noteworthy profile rider making his way through Q1, his benchmark lap of 1m54.637s was beaten in the diminishing phases of the session by Miller.

The Pramac rider had effectively settled himself in second when he logged a period only 0.003s quicker than Vinales at the checkered banner.

Simply passing up a major opportunity for progressing to Q2 was Aprilia’s Aleix Espargaro, who’ll head up the fifth line in front of driving new kid on the block Franco Morbidelli (Marc VDS Honda) and a great Hafizh Syharin on the second Tech 3 Yamaha.

Both KTM riders endured issues, with Bradley Smith twentieth after his RC16 halted in transit out of the pits. Pol Espargaro was 22nd in the wake of hitting comparable issues.

Takaaki Nakagami faced an unfortunate crash in FP4 just before qualifying and ended up at a paltry 23rd position. Follow the Qatar MotoGP today at Ten2 and Ten2 HD from 6pm onwards.