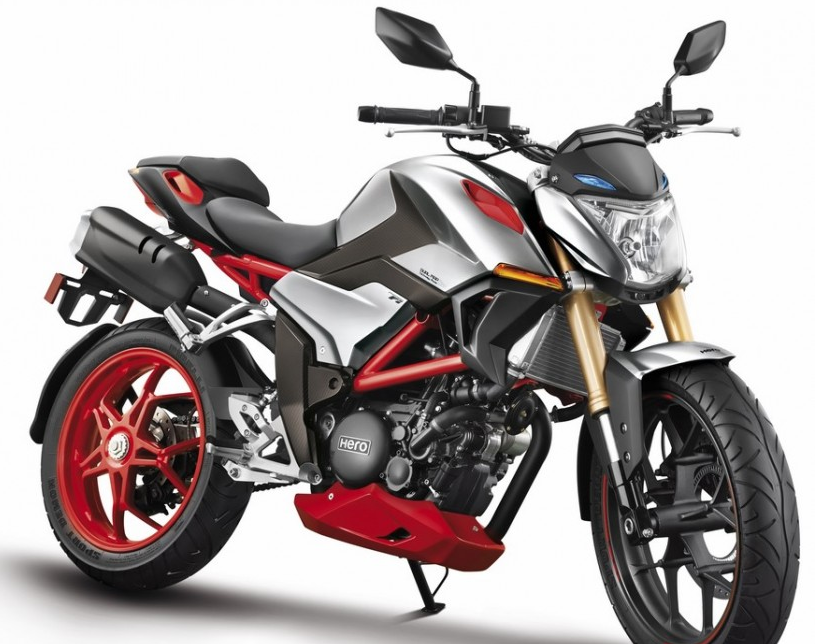 Hero MotoCorp is the nation’s largest motorcycle brand and by a big margin in terms of sales. However that feat is under threat from its erstwhile partner Honda. But more worrying for the company is the complete dependence on the 100cc and 125cc segment. Now there will be a new hero 200cc bike to be unveiled.

Time and again Hero has tried to enter the 150cc and higher segments but they have failed miserably! They showcased some awe-inspiring concepts ranging from HX250R, Hastur etc back at the 2014 Auto Expo but the only word we have recently heard from them is that HX250R production plan has been axed. The justification they have provided is hilarious. You can read about it here. Regardless, it gives the idea that Hero will keep on making concepts, irrespective of whether they are capable of making them ready for production or not. As indicated by a report at Autocar, Hero is expected to unveil another concept in the 200cc+ segment, the details are not known yet.

Keep in mind, back at the 2016 Auto Expo, Hero had on display the naked XF3R which had a solitary sided swingarm and from that point forward there hasn’t been a single mention of the product. In the midst of all the damp vibes encompassing the brand, Hero has confirmed that a next gen Karizma is under works, which is the thing that they should showcase at the Auto Expo and all the more importantly launch it at the earliest opportunity!